Lessons on operating in a downturn

These are insights shared by various people on operating in a downturn. These notes are incomplete by nature, but I'm sharing this to learn in public.

Lessons from David Sacks on operating startups in a downturn 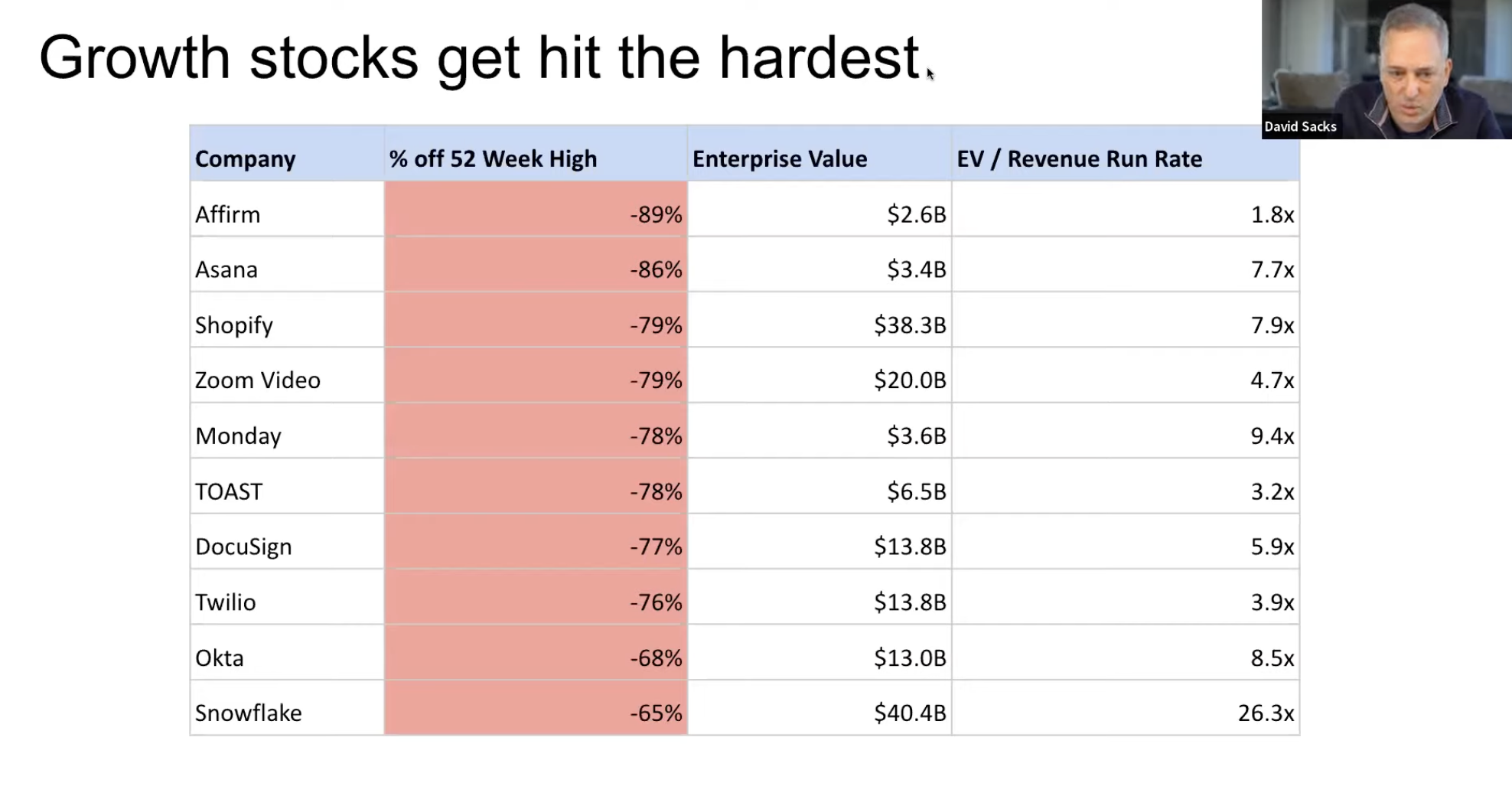 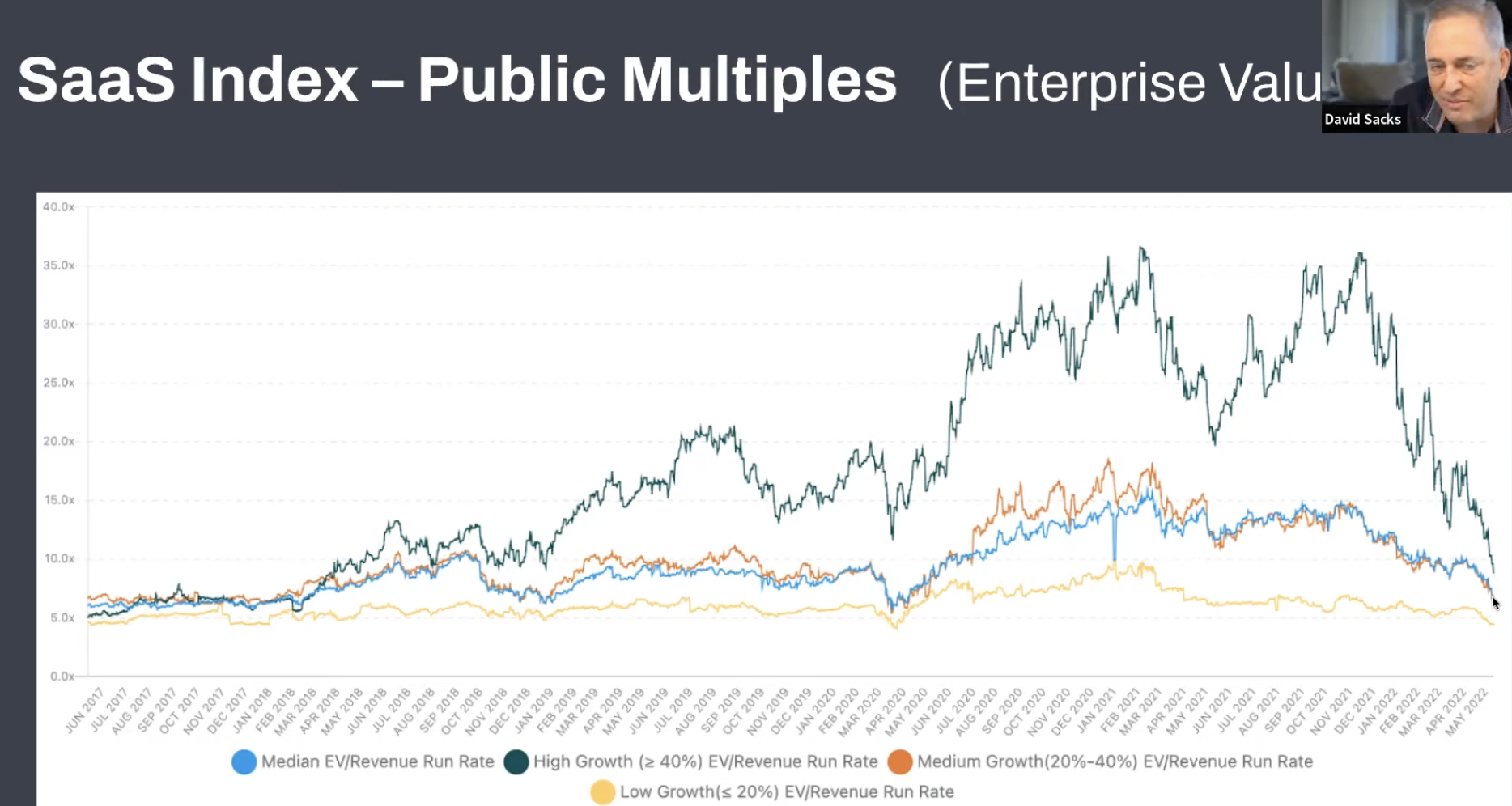 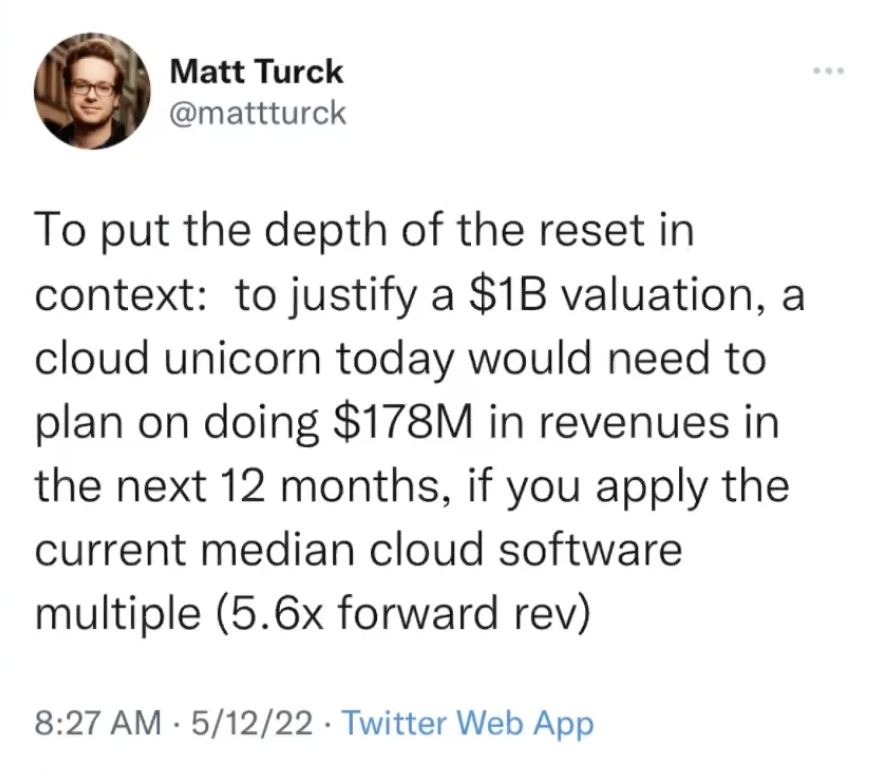 How does this translate into VC

Even Tiger Global which raised a $12bn fund last year has already deployed most of that capital. VC funds are also slowing deployment down from 1 to 3 years. 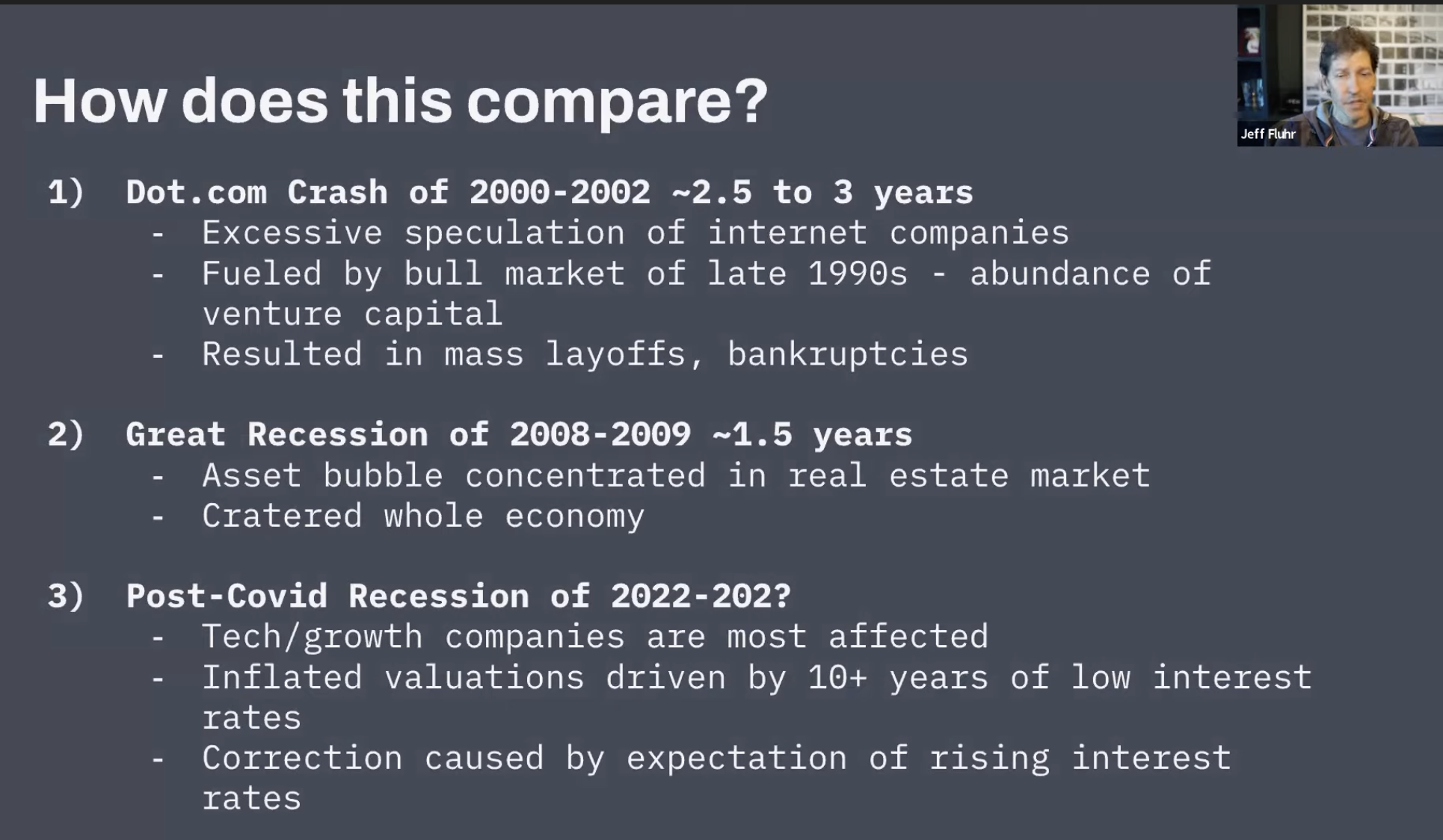 What you can do today

top up if possible, be open to lower valuations.

You really need to raise money with 9 months of runway.

a lot of other things get easier, e.g. hiring. In these markets it gets easier hiring, companies are doing layoffs and hiring less aggressively.

The first thing you have to do is basically assess your eligibility to raise (see great, good, danger columns). Merely good numbers may not be enough. If you are in the danger zone you have to adjust your metrics asap. Don't wait too late.

anyone that isn't helping you reach product market fit doesn't need to be on the team yet.

Lessons from Paradigm on operating in a downturn

Originally sent as a private note to portfolio companies: PDF

In the first 2 months of 2021, crypto prices have already doubled and continue to hit new all-time highs. Bitcoin has crossed $1 trillion in market capitalization. Pixelated crypto art regularly sells for millions. Senators even have lasers for eyes! Euphoria abounds.

As co-founder of Coinbase through 3 prior market cycles (2011, 2013, and 2017), I’ve experienced these euphoric highs before. I’ve also experienced the communal despair and disillusionment that have followed. Below are some observations and learnings I’ve taken from living through these past crypto cycles. I share them with the hope they help you, your team, and your community prepare for whatever is ahead, so that you can avoid potential pitfalls and maximize your chances of success.

While it’s impossible to predict the future, past cycles give us some sense of what to be ready for. They can help us imagine the potential aftermath of this latest wave of euphoria. And they serve as a reminder that bouts of uncertainty and volatility are to be expected given the scale of the opportunity for crypto: a technology that could transform not just money, but the financial system and the internet broadly.

Observations of Past Crypto Cycles A (large) caveat: future cycles will almost certainly look different than past cycles. We may not even be in another cycle! But markets do tend to go through cycles, with key elements that generally repeat themselves. To prepare for future scenarios, it’s worth understanding these elements of cycles past:

Creating Resilience to Cycles It’s challenging to predict the specifics of any cycle, and thus wise to simply be resilient to them. The most important thing you can do in times of euphoria or despair is think for yourself. But sometimes the experience of others helps in that thought process. So, with that caveat, here is what I've found to be effective in creating resilience during cycles:

Forging Ahead Foundational technology breakthroughs carry both great opportunity and great uncertainty, the two key ingredients in the recipe for cycles. It shouldn’t be a surprise that crypto would be a more extreme example as it begins to redefine multiple large, global markets: money, financial services, and the internet itself. Cycles are neither good nor bad; they are natural. Peak euphoria provides the opportunity for the world to dream about the future. Rock-bottom despair forces practicality and clarity. When things are good, they're never as good as they seem; when things are bad, they're never as bad as they seem. I do not know how the current cycle will play out, or even that it is a cycle at all. I do know that every past cycle has left crypto stronger than where it started. Times when things feel like they are going well are the times to build resiliency and set yourself up for success no matter what the future holds. I hope you embrace that opportunity.

As always, we are here to support you. Fred Ehrsam and the Paradigm team

Lessons from YC operating in a downturn

Source: YC advises founders to ‘plan for the worst’ amid market teardown

During this week we’ve done office hours with a large number of YC companies. They reached out to ask whether they should change their plans around spending, runway, hiring, and funding rounds based on the current state of public markets. What we’ve told them is that economic downturns often become huge opportunities for the founders who quickly change their mindset, plan ahead, and make sure their company survives.

Here are some thoughts to consider when making your plans:

PS: If for whatever reason you don’t think this message applies to your company or you are going to need someone to tell you this in person to believe it… please reassess your beliefs on a monthly basis to make sure you don’t drive your company off a cliff. Also, remember you can always reach out to your group partners.