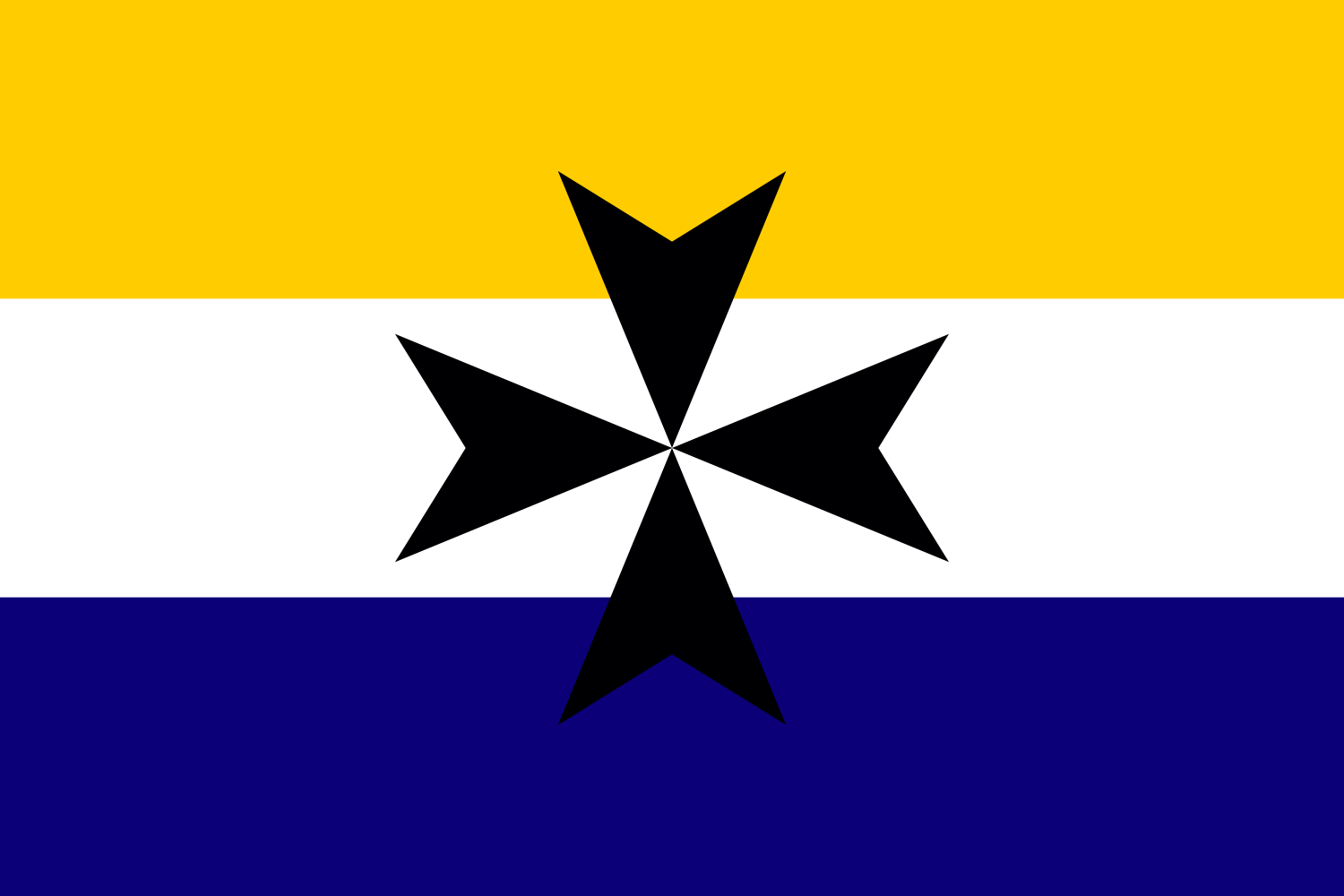 Constitution of the Kingdom of Impasse

I, Jaydrive I, King of Impasse, announce that the House of Commons has passed and the citizens of Impasse have ratified the following Constitution.

Article 1. Principles of the Kingdom.

The Kingdom of Impasse is hereby established as a democratic State, subject to the rule of law, and advocates order, liberty and justice as the prime values of its legal system.

National sovereignty is vested in the citizens of Impasse, from whom emanate the powers of the State.

The political form of the Kingdom of Impasse is that of a parliamentary monarchy.

The capital of the Kingdom is the City of Impasse.

This Constitution, as the supreme rule of the nation, guarantees the principle of legality, the normative hierarchy and the sanction of the arbitrariness in the actions of the public powers.

Title I. The Crown and the Executive power

Article 4. Statute of the Crown.

The King is the Head of State and Head of the Judiciary. He

Article 5. Powers of the Crown.

The approval of the King is an essential requisite

The Prime Minister is the Head of the Government. As such, he

The Prime Minister has the prerogative to lead and organise the Executive power to the best of his knowledge, and has the capability to

Ministries to the best interest of the Nation.

These changes in the organization of the Executive and the nomination and ceasement of its members are to be reflected in a Royal Decree and published on the subreddit.

Article 7. Election and nomination of the Prime Minister.

This announcement must be made on the subreddit, where the candidate shall explain the main points of his plan of governance.

The Prime Minister is elected by the King from between the current members of the House.

Article 8. Ceasement of the Prime Minister.

The Prime Minister can be impeached if he loses the confidence of the King or of the House of Commons.

The King and any member of the House can call for an impeachment vote, and if it is approved by a two-thirds majority of the House, the Prime Minister and the rest of the Cabinet will cease from their positions.

Title II. The House of Commons

Article 9. The House of Commons.

The House of Commons is the legislative chamber of the nation and its members represent the people of Impasse.

Article 10. Composition of the House.

The House of Commons shall be composed by a variable number of deputies that will be determined in accordance to the census of each District of the city.

Every District that contains at least five registered citizen in its census will be able to appoint a member of the House.

Another position for the House will open for every 5 citizens that join the District.

Article 11. Requisites to run for the House.

In order to be able to run for the House of Commons, an individual needs to

Any person that complies with the previous requisites is allowed to be elected as a member of the House of Commons if he announces his candidacy on the subreddit once the King calls for elections.

The King shall not be eligible to be a member of the House.

The King is obliged to make a public call for elections the second week of each month.

During election day, the citizens shall cast a vote for any of the candidates of their District.

This votes will be directed to a specific webpage created through modernballots.com.

The positions are earned by competition, with the highest voted candidates being appointed as members of the House of Commons by the King once the vote count procedures have been automatically finished by modernballots.com.

If a member of the House resigns during his mandate, he will be replaced by the next highest voted candidate of their district.

Any proposed legislation shall originate in the House of Commons.

If a draft bill passes by a simple majority in the House of Commons it becomes law.

However, the King can veto the enactment of a law if he deems it necessary.

This veto can be overruled

In any case, the King can call a popular vote on a specific legislation to apprehend a better knowledge of the opinion of the citizenship on the matter.

Article 14. Definition and formation of Districts.

The territory of Impasse is divided upon various Districts, characterized by their unique, different traits like

In order to form one District, five citizens of primary residence in the area will apply a petition to the Government.

In this petition, they must succinctly explain

The petitions will be considered by the Government.

If the Government agrees and the House of Commons approves the petition by a simple majority, a new District will be created.

Article 15. Competencies of the Districts.

Although they have this special status, the areas appointed as Districts do not have self-government capabilities and they remain subject to the Government of the nation.

The Districts only hold competencies in matters regarding the

of their buildings and public places.

In this ambit they have primary competence, but it can be overruled by the Government under consideration of defensive or strategic interests for the nation.

Nonetheless, the Districts act as the electoral circumscription of the nation, as established by the Article 10.2 of this Constitution.

Article 16. Dissolution of a District.

In the event that the population of a district declines under the number of five citizens, that District will be dissolved and reintegrated into the Impasse Proper District.

Article 17. Obtention of the citizenship.

In order for an individual to obtain the citizenship of Impasse, he or she must

Article 18. Revocation of the citizenship.

Any citizen has the right to submit a petition to the House of Commons asking for another citizen’s citizenship rights to be revoked.

The petition needs to be sufficiently justified and private and public interests need to be balanced by the members of the House before making a decision.

If the House of Commons approves the petition by a two-thirds majority, the passive subject of the petition will lose his citizenship rights.

The Executive power will maintain a census of the population of each district for electoral purposes.

The census will be revised every month during the 7 days prior to election day.

Any citizen that does not register at the census post in the subreddit during that period will be accounted as a dormant citizen and his citizenship rights will be suspended until further reappearance.

The citizen that does not register at the census post during the 7 days pre-election period won’t be able to be elector nor eligible during the elections of the current month.

Article 20. Judicial competence of the Crown.

The King holds competence to resolve disputes between the citizens of Impasse and to judge any suspects of criminal activities executed in the sovereign territory of the nation.

Any citizen involved in a dispute with another citizen of the nation is able to make a plea to the King for resolution of the problem.

Furthermore, any individual suspicious of having committed a crime inside the sovereign territory of Impasse will be brought before the King.

The King will solve the disputes presented before him based in law, precedent, equity, common sense and the principle of casuistry, settling the controversies on a case-by-case basis.

If the King deems it necessary, he can appoint a neutral citizen in order to substitute him as Judge in a particular case.

He can also request the help of one or more citizens to get advice on how to approach the resolution of a certain case.

Article 22. The Crown is the Supreme Judge.

The Royal Sentences issued by the King cannot be object of appeal before a superior judge, unless an international treaty celebrated with other nations establishes one or more International Courts.

International Treaties signed with other High Contracting Parties have higher legal hierarchy than this Constitution, and thus the signature of Treaties of which the contents contradict the precepts of the Constitution in any way require the previous amendment of this supreme rule before being signed.

Article 24. Procedure of signature of the International Treaties.

The King has the power to decide if an International Treaty is legally binding in and for the Kingdom of Impasse.

However, the King cannot sign any Treaty if it is not previously approved by a two-thirds majority of the House of Commons.

In order to issue a Declaration of War against another sovereign nation, the House of Commons has to summon an extraordinary session and discuss the convenience of such line of action. If a two-thirds majority of the members of the House votes in favor of the Declaration, and the King approves it, a formal state of War will be declared between the Kingdom of Impasse and the nation or nations object of the Declaration.

Article 26. Reform of the Constitution.

Any modification or amendment of this supreme rule requires