My Google Summer of Code 2018 Work

Synopsis from the Task Proposal

When OpenCine was conceptualized there were several free and open-source raw image processing tools. But none of them were able to process moving images e.g. movies. To answer this problem, OpenCine was concepted as a powerful raw image processing tool, designed to handle moving images, with a lot of planned features. My goal is to implement different debayering algorithms and to parallelise implementation with OpenCL or other frameworks, as described on T722 in the Task List.*

For this task, I worked for 3 debayering algorithms: Bilinear Interpolation, Green Edge Directed Interpolation and SHOODAK2. A comparison of the final work can be seen here: 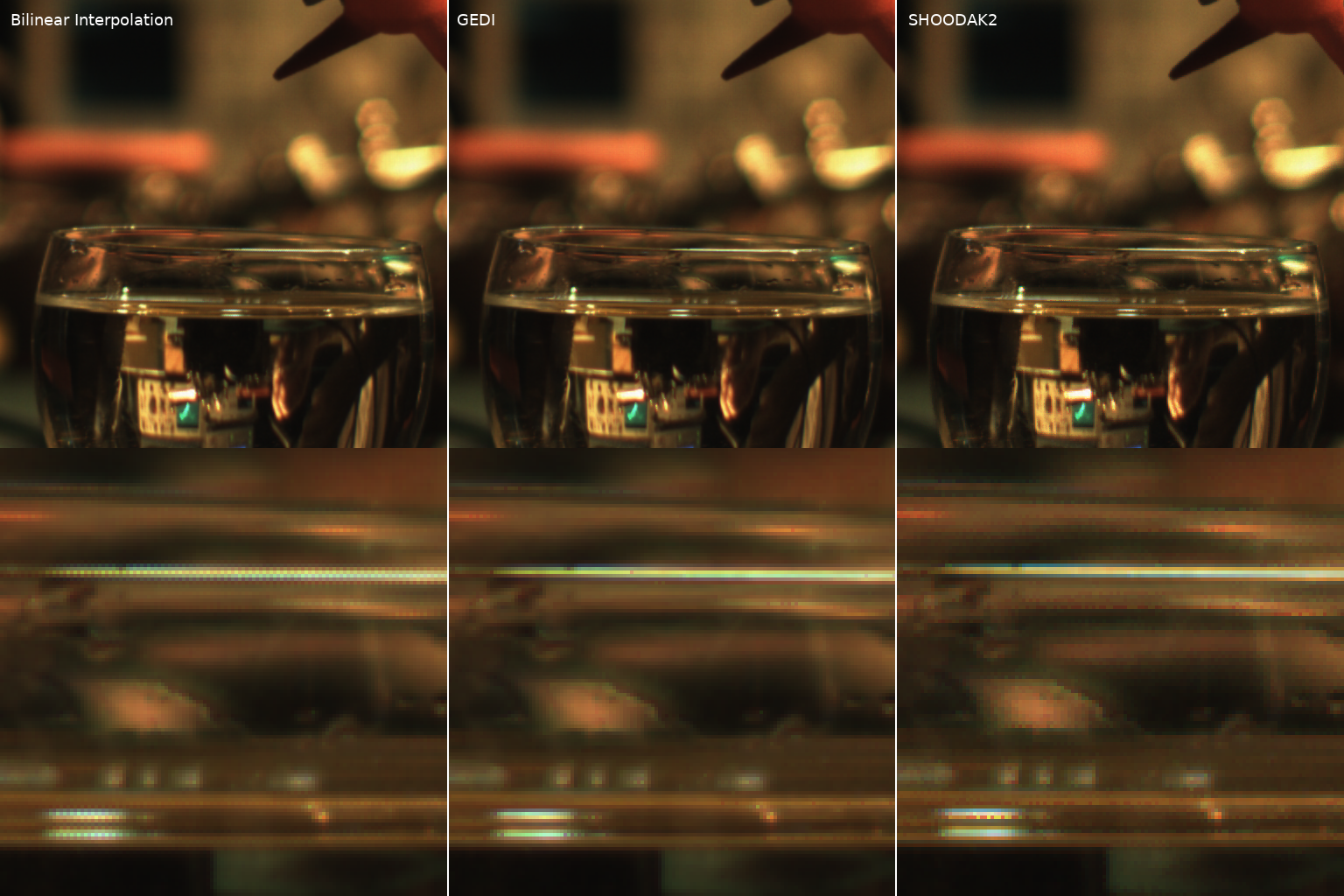 Some of the major differences are noticeable on the tip of the glass and on the bird's beak.

What is left to do?