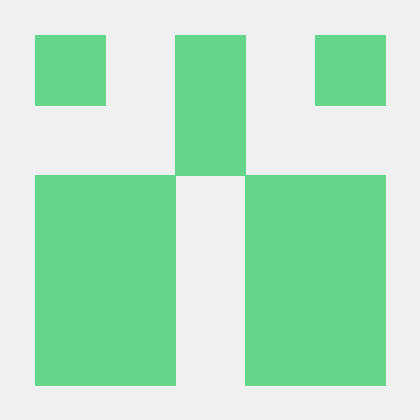 On his way thither he craved food and shelter of a Centaur named Pholus, who received him with generous hospitality, setting before him a good and plentiful repast. When Heracles expressed his surprise that at such a well-furnished board wine should be wanting, his host explained that the wine-cellar was the common property of all the Centaurs, and that it was against the rules for a cask to be broached, except all were present to partake of it. By dint of persuasion, however, Heracles prevailed on his kind host to make an exception in his favour; but the powerful, luscious odour of the good old wine soon spread over the mountains, and brought large numbers of Centaurs to the spot, all armed with huge rocks and fir-trees. Heracles drove them back with fire-brands, and then, following up his victory, pursued them with his arrows as far as Malea, where they took refuge in the cave of the kind old Centaur Chiron. Unfortunately, however, as Heracles was shooting at them with his poisoned darts, one of these pierc

The education of Hercules was intrusted to Chiron, the most renowned of the centaurs, who had himself been instructed by Apollo and Diana in hunting, medicine, music, and the art of prophecy.

As he journeyed through Africa in search of Atlas, Hercules came to the country of Anteus—a mighty giant and wrestler, and the son of Terra, the Earth. All strangers who came into the land were obliged to wrestle with him, and if they were defeated, they were immediately killed. As no one had ever overcome Anteus, he had brought an untimely death on many a brave hero; so Hercules was eager to defeat him and avenge the unknown dead. As soon as they had grappled for the first struggle, the slayer of the Hydra knew that he had met more than his equal in strength. For a long time they wrestled, Anteus growing stronger after each fall, and Hercules growing fainter from every additional blow of the giant's hand. Again and again the undaunted hero threw his adversary to the ground, but Anteus rose with redoubled vigor and continued the unequal contest. Then, all at once, Hercules remembered the tale he had once heard told of a giant who drew strength from his mother Earth; and believing that this was the case with A

But at night, while they lay sleeping, came down on them terrible men, who lived with the bears in the mountains, like Titans or giants in shape; for each of them had six arms, and they fought with young firs and pines. But Hercules killed them all before morn with his deadly poisoned arrows; but among them, in the darkness, he slew Cyzicus the kindly prince.

The first task that Eurystheus gave the hero was to procure the skin of a monstrous lion that inhabited the Nemean forest. This creature's frequent attacks had brought terror to all the countryside, for it was not content with carrying off cattle and sheep, but had killed the children at play, and mangled shepherds who were watching with their flocks. When the people heard that Hercules was setting out to fight the lion, they tried to persuade him to give up the adventure; but he, who had strangled two huge serpents in his infancy, was not afraid of a lion, however fierce and strong it might be. So he boldly entered the forest, and having tracked the great brute to its den, he attacked it fearlessly and killed it with his bare hands. Then, throwing the body of the lion over his shoulder, he started back to the palace of Eurystheus; but when the king saw Hercules approaching, he begged him to leave his burden outside the city gates. So the hero skinned the lion, and took the shaggy pelt to be henceforth his fa

When Hercules heard that, he went to Tiryns and did as he was bid by Eurystheus. First, Eurystheus ordered him to bring the skin of the Nemean lion; now that was an invulnerable beast begotten by Typhon. On his way to attack the lion he came to Cleonae and lodged at the house of a day-laborer, Molorchus; and when his host would have offered a victim in sacrifice, Hercules told him to wait for thirty days, and then, if he had returned safe from the hunt, to sacrifice to Saviour Zeus, but if he were dead, to sacrifice to him as to a hero. And having come to Nemea and tracked the lion, he first shot an arrow at him, but when he perceived that the beast was invulnerable, he heaved up his club and made after him. And when the lion took refuge in a cave with two mouths, Hercules built up the one entrance and came in upon the beast through the other, and putting his arm round its neck held it tight till he had choked it; so laying it on his shoulders he carried it to Cleonae.

Heracles, accompanied by his nephew Iolaus, set out in a chariot for the marsh of Lerna, in the slimy waters of which he found her. He commenced the attack by assailing her with his fierce arrows, in order to force her to leave her lair, from which she at length emerged, and sought refuge in a wood on a neighbouring hill. Heracles now rushed forward and endeavoured to crush her heads by means of well-directed blows from his tremendous club; but no sooner was one head destroyed than it was immediately replaced by two others. He next seized the monster in his powerful grasp; but at this juncture a giant crab came to the assistance of the Hydra and commenced biting the feet of her assailant. Heracles destroyed this new adversary with his club, and now called upon his nephew to come to his aid. At his command Iolaus set fire to the neighbouring trees, and, with a burning branch, seared the necks of the monster as Heracles cut them off, thus effectually preventing the growth of more. Heracles next struck off the i

By the aid of his divine herdsman, Admetus accomplished this difficult task, and gained his bride. Nor was this the only favour which the king received from the exiled god, for Apollo obtained from the Fates the gift of immortality for his benefactor, on condition that when his last hour approached, some member of his own family should be willing to die in his stead. When the fatal hour arrived, and Admetus felt that he was at the point of death, he implored his aged parents to yield to him their few remaining days. But "life is sweet" even to old age, and they both refused to make the sacrifice demanded of them. Alcestis, however, who had secretly devoted herself to death for her husband, was seized with a mortal sickness, which kept pace with his rapid recovery. The devoted wife breathed her last in the arms of Admetus, and he had just consigned her to the tomb, when Heracles chanced to come to the palace. Admetus held the rites of hospitality so sacred, that he at first kept silence with regard to his grea

He first travelled through Thessaly and arrived at the river Echedorus, where he met the giant Cycnus, the son of Ares and Pyrene, who challenged him to single combat. In this encounter Heracles completely vanquished his opponent, who was killed in the contest; but now a mightier adversary appeared on the scene, for the war-god himself came to avenge his son. A terrible struggle ensued, which had lasted some time, when Zeus interfered between the brothers, and put an end to the strife by hurling a thunderbolt between them.