I normally have tmux sessions (one per project) so I can quickly switch between them without closing/opening new terminal windows, cd'ing, etc.

I also have some automation that allows me to run particular tests from within vim such that it runs in a separate (designated to tests) tmux window.

I really love my setup (even though, at this point, it's probably more out of habit than anything else) and I don't want anything else.

But. The other day I've been pairing with my mate Josh and he kept doing this one thing over and over again and it was such a basic thing, yet such powerful thing at the same time, that I could feel my perfect cli world shaking.

You see, Josh runs tests in a shell and writes code in a gui editor - Atom. When a test fails, there is a stack trace and he can click on any line there and the editor pops up with that file opened. It looks like this:

Compared to the steps I go through to open a file from a stack trace on a particular line, there is a world of difference. It's a game changer in fact - it makes me like stack traces, want more stack traces and better ones too.

So I absolutely had to have that and I am pleased to report you that it is possible in a pure CLI world. It's limited and hacky. There's some custom setup. It will be confusing the hell out of you every now and then. But it works for the most part and that's what matters.

Semantic History is an iTerm2 feature that lets you click on a file path or url while holding ⌘ and have that file/url opened in a browser or default editor. It is also possible to change the default behaviour to something else. And that's what we need to do: 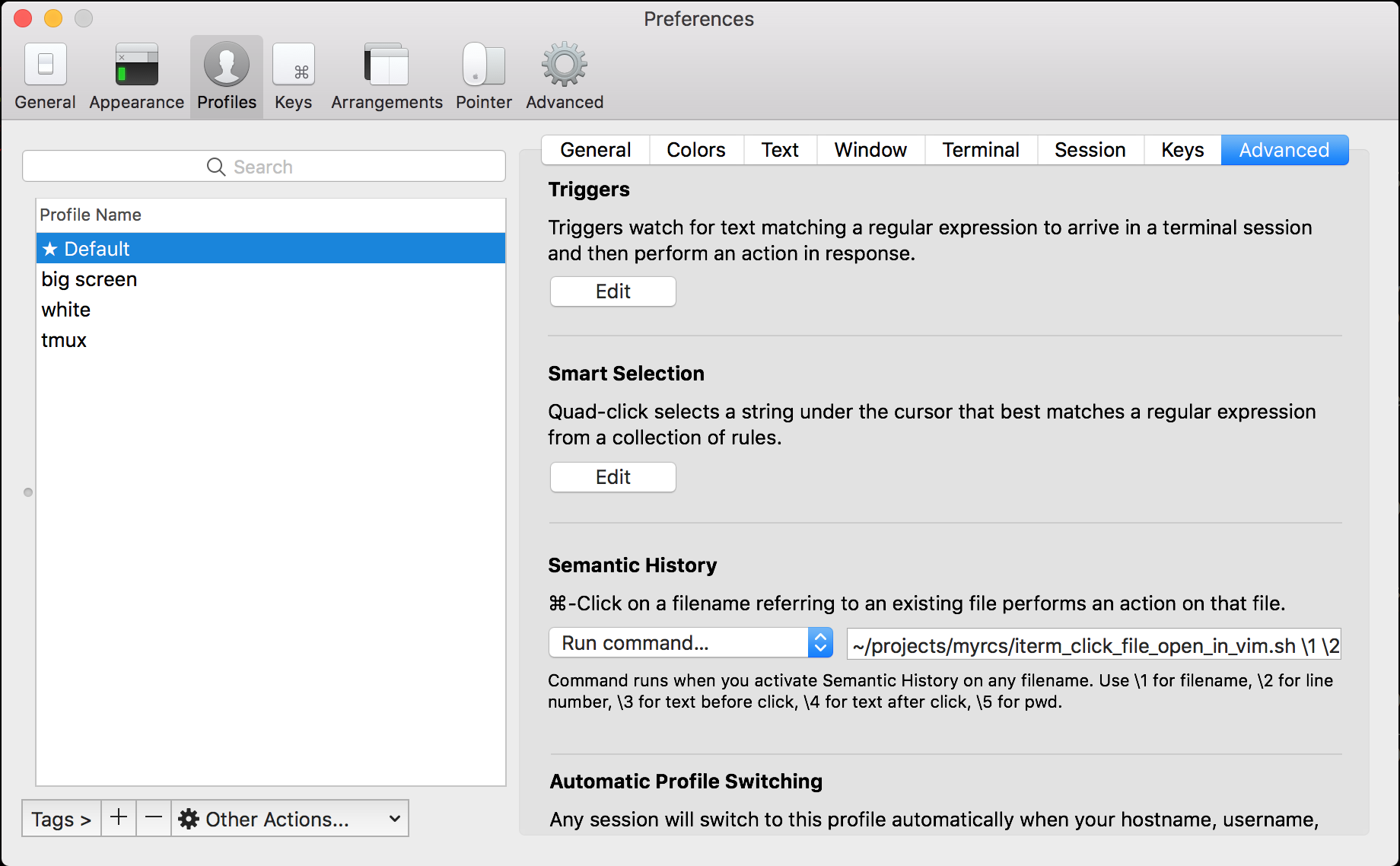 Mr. iTerm himself helped me to work this all out so if you reached this part please say Thank You here: https://gitlab.com/gnachman/iterm2/issues/6861