An idea has been suggested shortly after publishing turbo channels post, the gist was: if we can have a channel where a funding transaction is temporarily not on a blockchain, perhaps we could also have a channel without a funding at all? It was dismissed at the time but currently my opinion is that this idea has its merit.

Why bring this up at all

The way I see it there is a certain kind of specialization happening in Lightning, two distinct evolution paths are tried:

What exactly is wrong with private channels at scale

The belief is more or less that various forms of LSPs will save the day while a major remaining issue is UX which can be improved and then adoption will come, but far more serious issues exist beyond UX, namely it's that economy of a whole thing does not add up:

Another road to mass adoption would be custodial wallets and despite an obvious drawback of funds not being under full user control this approach to scalability does feel very straightforward and workable.

That said, a major issue here is that current generation of LN custodians basically destroys everything which makes Lightning an interesting offer in a first place by lowering privacy and rising trust assumptions to never before seen lengths. They are so ridiculously bad at this I'd argure they are worse than on-chain custodial wallets because with those at least a chain history is in place while with current LN custody nothing is provable or verifiable. This itself seems to be another limiting factor as not that many people would want to use such systems once they find out that giving up on entirety of their financial activity is a must.

However, current state of affaris can be improved and this is what hosted channels are about: it's a protocol intended to replace current custodians with a novel approach which retains unique Lightning privacy properties and provides remote accountability for those funds which are no longer under full local control.

Technically, a new type of channel is introduced which has no on-chain funding but otherwise works according to LN rules, it is designed to coexist with normal channels and be seamlessly used for payments including advanced payment techniques like AIR or AMP.

How a hosted channel compares against a full blown custodial wallet 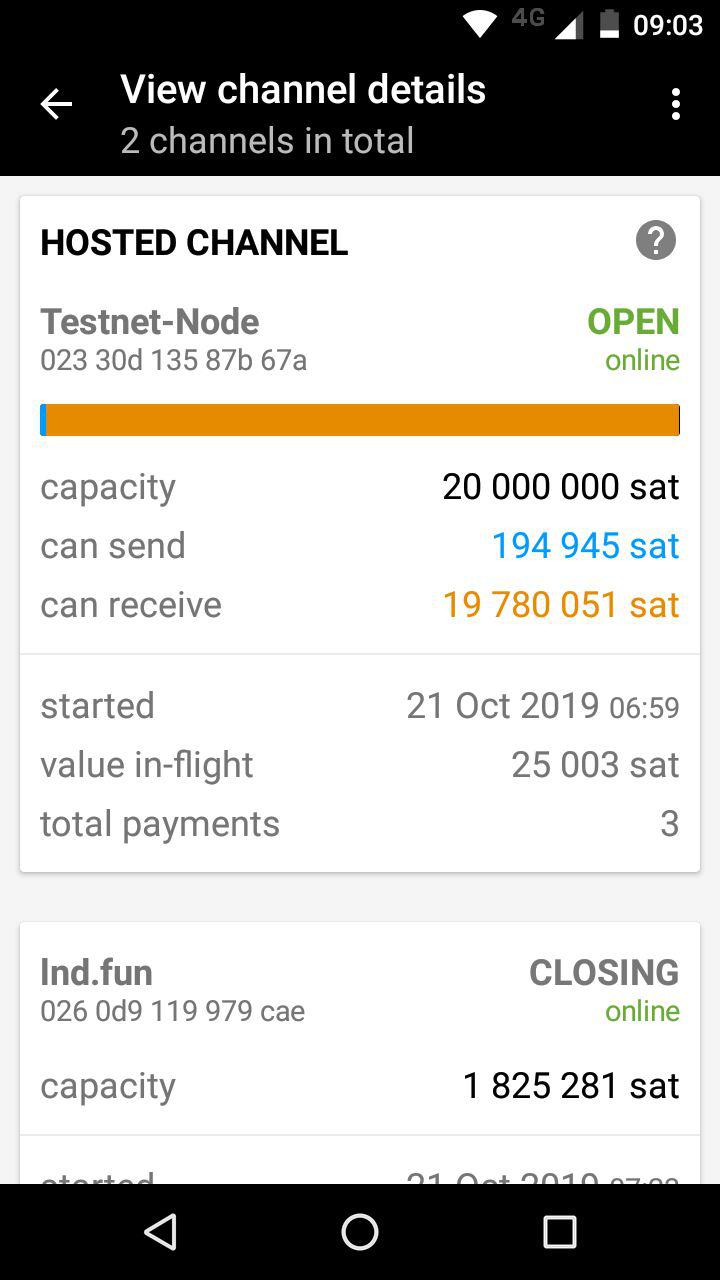 Expirience here is similar to custodial wallets: LN is usable right away (+ testnet users get a 25000 SAT bonus).

There are two channels in a wallet where one is hosted and another one is normal. None of them has enough balance to fulfill 170k SAT invoice on its own so wallet makes a first payment which refills one local channel from another, then a final 170k payment from refilled channel.

Opting out for advanced users