Last active
Star
Download ZIP
How to make your Mac talk from your iPhone
Raw
talking.md

How to make your Mac talk on it's own (Sort Of)

Recently I've gotten into automating everything with Siri's new shortcuts. They're pretty powerful and allow for a lot of neat scripting. One of the more exciting features is the ability to run a script over SSH while I've been playing around with automating a ton of things around my house with this. I've come across something pretty fun.

In all recent Version of MacOS have this command called say say will read out whatever the command arguments are. If you open a terminal on your Mac and type something like say "hello world" your Mac will read it back to you.

The best part of this is that you don't have to be logged in for this to work, the Mac just has to be on. Combining this with a Wake on LAN function could be pretty powerful (and annoying)

While this is a cool feature, it doesn't have much practical use, and I'll probably use it to screw with my roommates.

Figure out the local ip of your machine

Figuring out the ip of the machine is reletivley simple. Open a terminal type ifconfig Find the entry with an ip address after inet (en0 for me)

Set up the Shortcut on your phone

The shortcut is minimal. It only consists of 2 blocks, one getting the input and then the other sending the message

First, from the scripting tab, add a "Ask for Input" block, type in what the prompt should be on your phone. 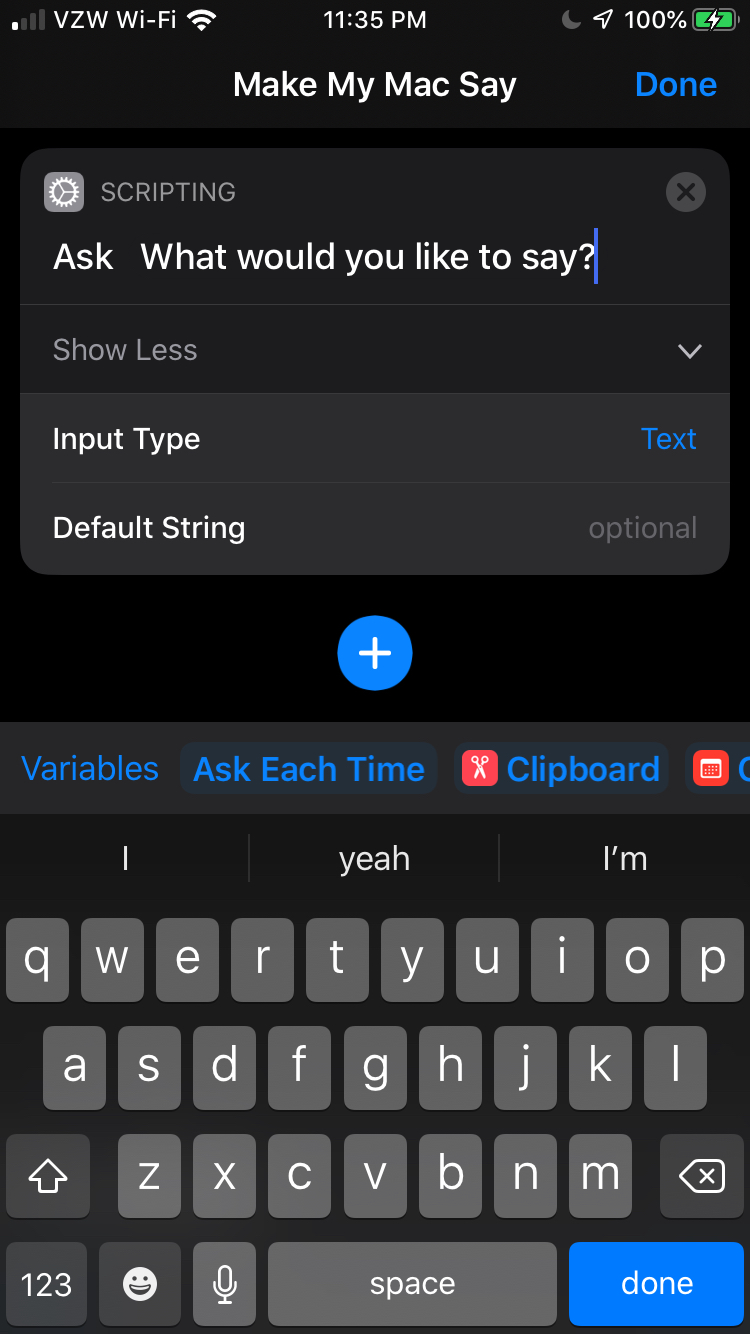 Make sure to keep the type as "Text"

Second, also from the scripting tab, add a "Run script over SSH" block.

Add your IP to the host, keep the port the same, and type in your user login for the user and password. The input should automatically have the input from the "Ask for input block"

in the "Script" section put say " and then add the input variable bar above the keyboard, tap the "as Alarm" and change it to "as Text". Tap done. Then complete the quotes " 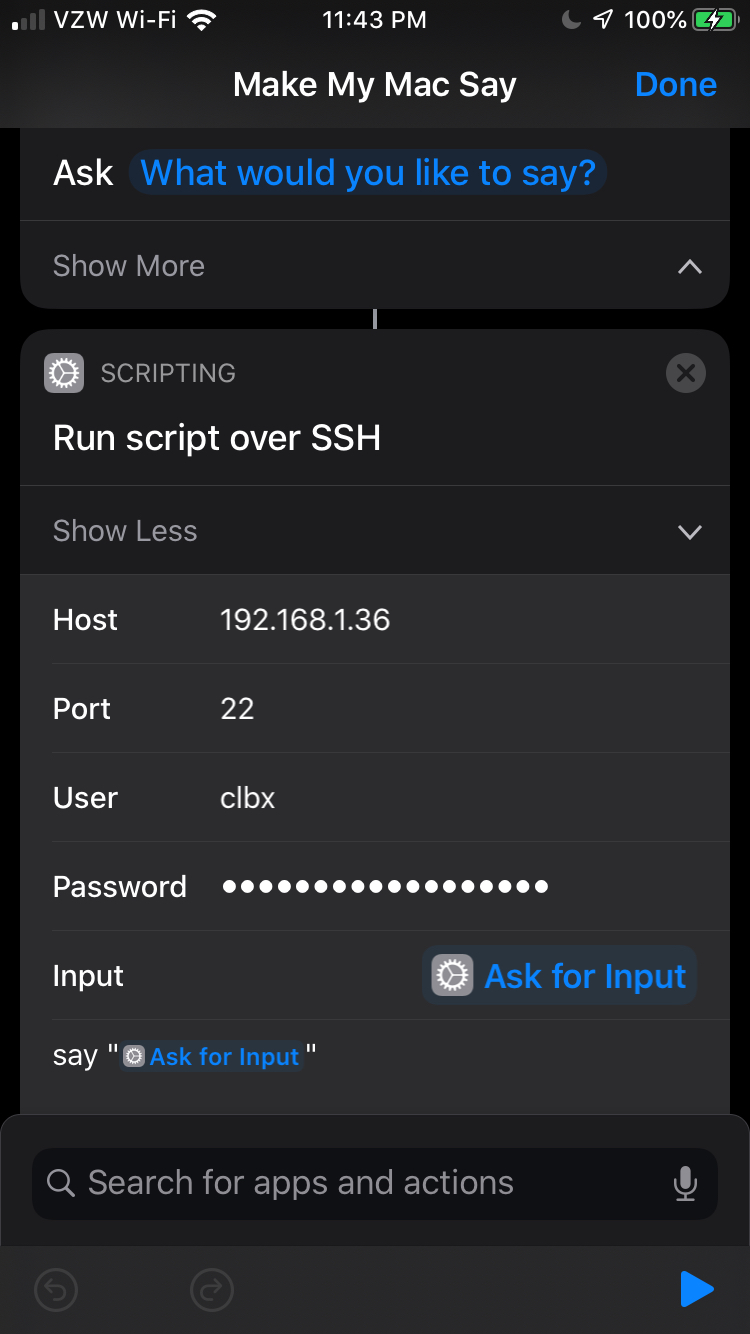 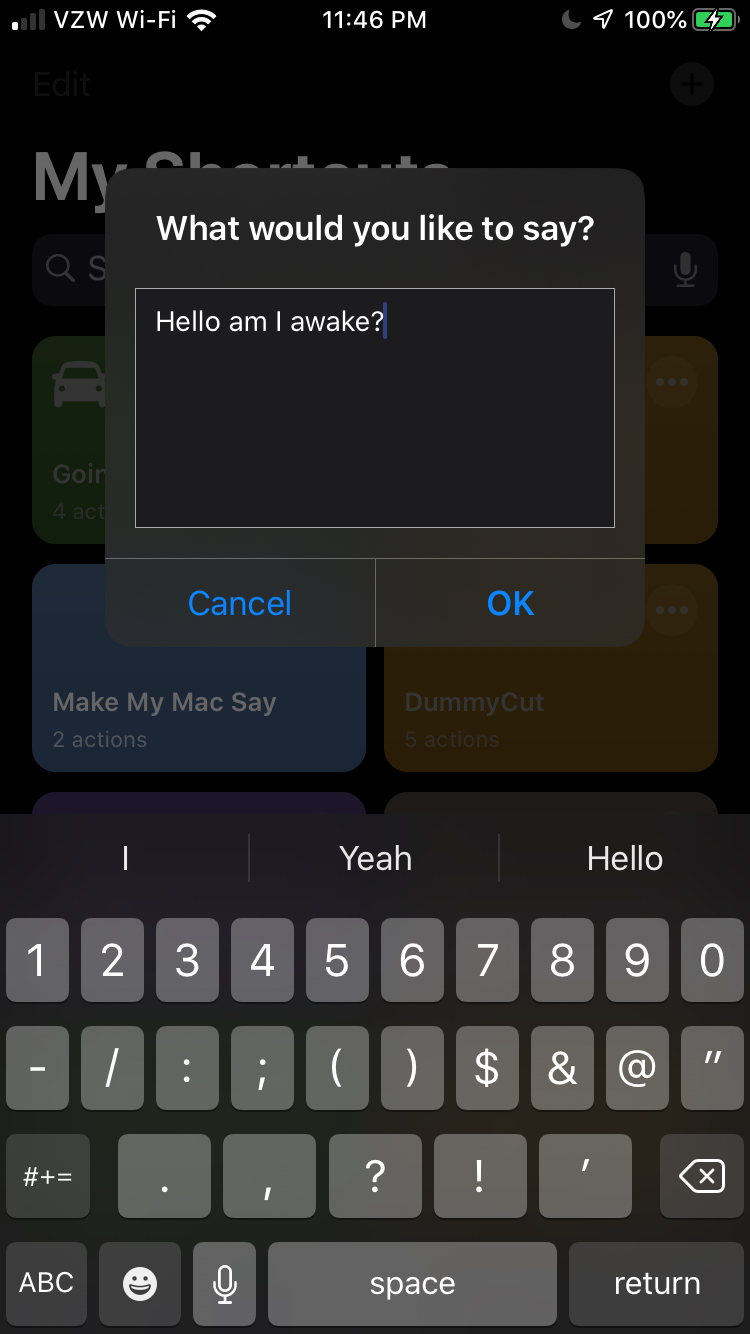