Last active
Star
Download ZIP
What the hell is env variables and how to add to path
Raw
env_variables.md

Check out this Super User explanation of environment variables

We sometimes need to add folders containing programs to the PATH-variable to make them executable from the command line.

How to add folders to PATH on Windows 10 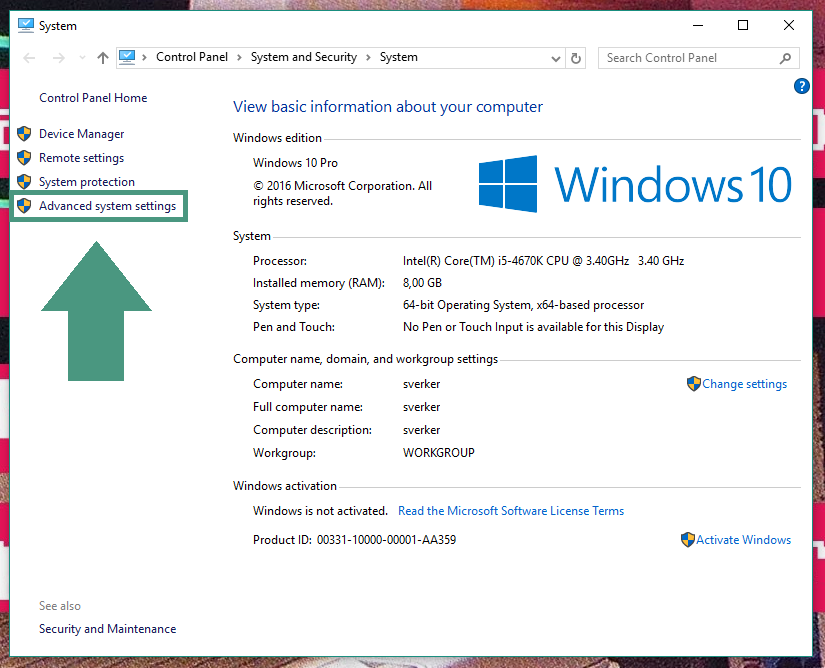 In the new windows, go to Advanced then click on Environment Variables at the bottom. 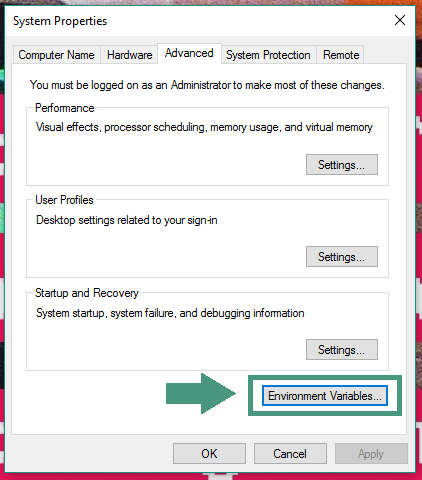 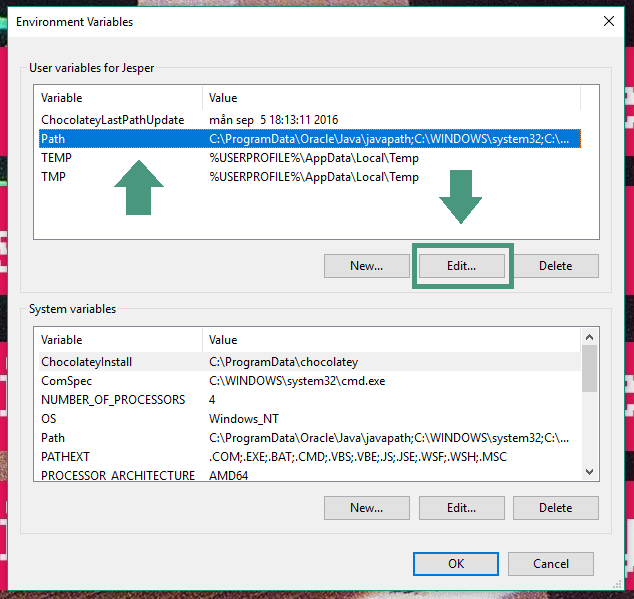 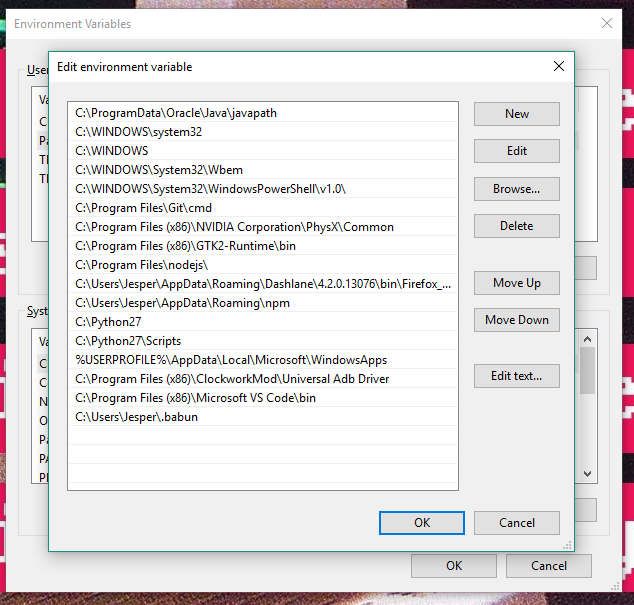 If I want to add so I can start Sublime from the terminal I can add the folder that Sublime is in on my computer.

In this folder I have the program subl.exe. If this folder is in my path I can write subl from the command line and Sublime will open in a new window. You can also open specific files with subl file.txt for example.

How to add folder to path on Mac

You are probably running bash if you are starting your terminal on macOS. If you want to learn more about using bash you can read this guide: bash-guide@GitHub. bash has a configuration-file in your homefolder where you can set the env variables. You can edit this configuration by running this command in the terminal:

You should get a windows that looks something like this. It's and editor in the terminal window. Here you can add your environment variables 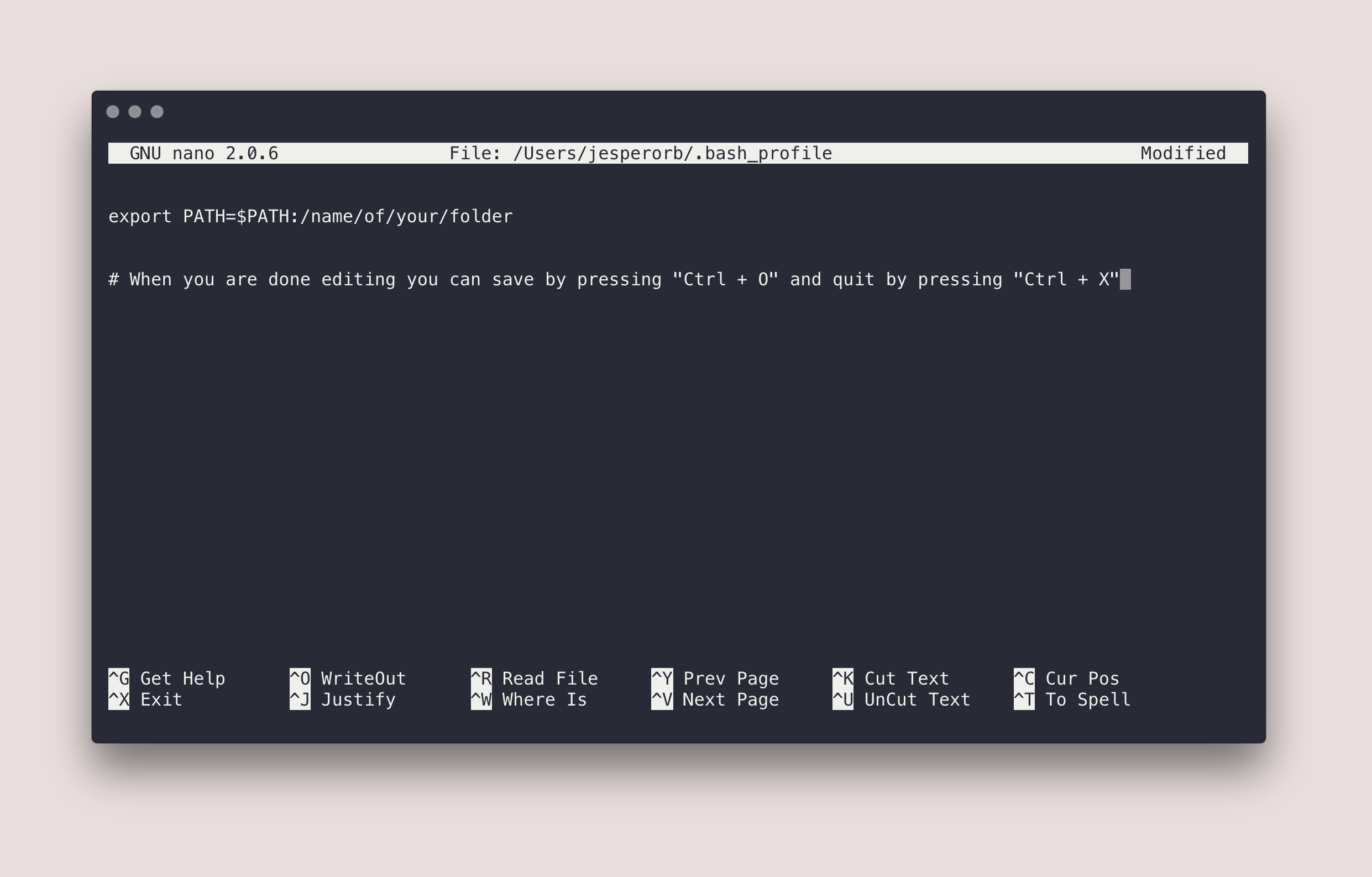 For example, this folder should already be in your path but it's just an example:

You can also created symbolic links to programs so you can start them from the terminal. You basically create a shortcut from their folders to /user/local/bin which probably already is in your path. Change the name at the end of the command to whatever you want. In these examples you will start sublime with sublime and atom with atom.

If you are getting installation errors when installing npm packages globally on macOS just run this command in the terminal and enter your password:

It will change permissions for the folders that npm packages are installed in. Source