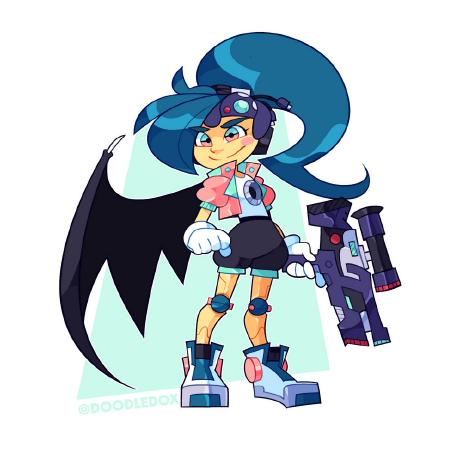 Participated in a playtest yesterday. The game was Night Drifters. A game about making all the stakes leading up to The Big Race. and then obviously, racing, and seeing the outcome. Cast List

Rose: A girl with too much money, and the ability to make a spy network with it. Which she does. For excessive blackmail purposes. Zaquiri: A guy who likes helping guys out of the closet. Buck Star: A guy who owns a dude ranch and is totally incredibly straight. SwitchBlade: A lady who read Catcher in the Rye once, misunderstood it, and ended up making a queer biker gang.

Object of the Game

The objective for both players is to tell a story about consequences, prices, overcoming, and success.

If the Player has no Options, it means the Dilemma is too complex. The Player will need to go on a quest to find the tools to solve it.

If the Player contributes enough points to solving the Dilemma, the Dilemma is solved.

The idea of this project is to create a pokemon RPG about playing a trainer and their team of pokemon. Neither the trainer nor the pokemon should outshine one another. Without the trainer, the pokemon are prone to leading their natural lives. Without pokemon, the trainer is likely to be doing something else entirely. Their love, trust, and coordination with each other are the character.

So. Heres the backstory for the setting: A Wizard Did It.

It found a nice demiplane and took root. From there, the very very long spell began. First it formed a library. That library defined the world around it, and was in turn defined by the world around it. Then it grew a grand tree. From there a few civilizations were seeded by the medias shoved into the walnut.

This library's most important book is its World Book. A book that is the story of itself. The library has reference biographies of every living being in the demiplane.