First off welcome to the utopia jam! I hope we can all work together to make something great!

As part of the jam a discord server is setup and on the server we have a helpful bot friend, jam-bot.

What can jam-bot do for you?

The basic way to interact with jam-bot is to issue a command that starts with an exclamation point. For example (and I encourage you to do the same) if you enter !help in a channel where jam-bot is present jam-bot will whisper the list of all of the commands and how to invoke them.

The most helpful thing jam-bot will likely be able to do for the jam is to help with team finding. Jam-bot has 4 commands setup specifically to aid in team finding and they are:

If you ever get confused about a command feel free to use !help, ask me on twitter @landonscribbles, or send me a message in discord (I'm landonscribbles there too!)

Pictures of the bot in action! 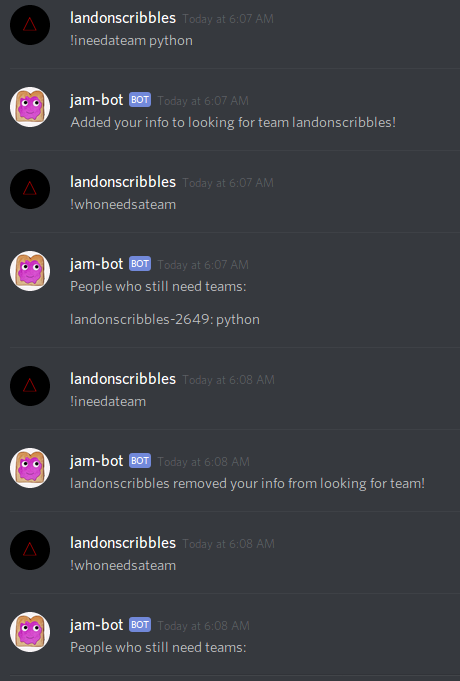 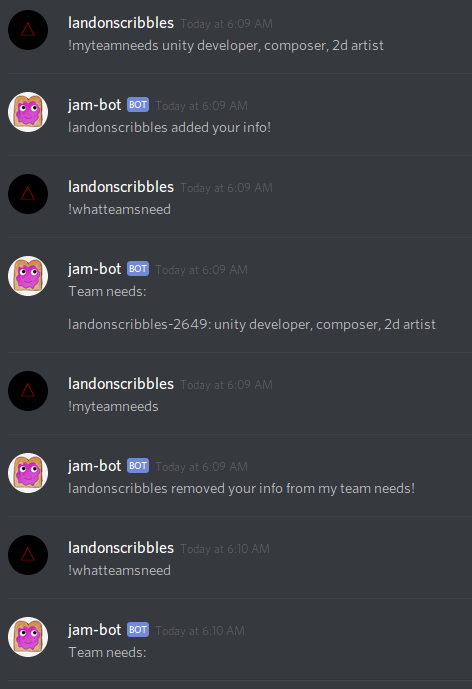