Two new features are coming to Bitcoin Cash soon, hopefully in the May 2019 upgrade. I'd like to take the time to explain why I'm so excited about them. In short, we will be able to do:

That all may sound incredible, and I'm going to explain in this document how it is so.

The two important planned features for the May 2019 upgrade are: 1) complete the BIP62 malleability restrictions, and 2) allow users to spend using Schnorr signatures in place of ECDSA signatures. Why is this a big deal?

Each of these three aspects is a significant upgrade. Together, however, they make up a massive upgrade: we will be able to make multi-signature transactions, which are not malleable by third parties or unilaterally by a subset of signing parties. This creates the perfect conditions for doing complex off-chain smart contracting. And best of all, those multi-signatures will appear on the blockchain as P2PKH, i.e., indistinguishable from regular payments. Altogether, it's a simpler and more private replacement for complicated 'malleability fix' transaction formats like segwit.

Review - OP_CLTV payment channels: One of the most basic smart contracts possible on Bitcoin Cash right now is the standard monodirectional payment channel from Alice->Bob, where Alice funds a script with the following pseudocode:

Alice and Bob can collaborate together so that Bob can create a 'channel update' transaction under the first condition, which sends some funds to Bob, and some funds back to Alice as change. They can make an unlimited number of updates, increasing the payment to Bob every time. When they're done, Bob just publishes the last update. If Bob becomes unresponsive, Alice knows she can get a refund after a certain timeout period, using the refund clause. The refund clause requires OP_CHECKLOCKTIMEVERIFY (OP_CLTV), activated in 2015, and so these are called OP_CLTV payment channels.

Unfortunately the above custom script is very obvious on the blockchain. While the two parties involved may be pseudonymous, it is obvious to any blockchain analyst that a payment channel was created and closed.

Review - Spilman payment channels: Prior to the introduction of OP_CLTV, a simpler approach called Spilman payment channels was considered. This simply used a 2-of-2 OP_CHECKMULTISIG between Alice and Bob, but where Alice and Bob signed a time-locked refund transaction ahead of time, before Alice funded the channel. Unfortunately, Spilman channels are currently insecure on BCH due to malleability: Bob can ask a miner to change the txid of Alice's funding, which would then invalidate the refund and allow Bob to hold all the payment channel funds ransom, indefinitely.

New hidden payment channels: The BCH upgrades change this story. Not only can we use Spilman channels, but they don't even need to use OP_CHECKMULTISIG and can instead be done with regular P2PKH addresses:

I'll repeat that for emphasis: we will be able to do payment channels which merely use P2PKH -- completely indistinguishable from ordinary transactions.

The process in detail:

To illustrate the distinction between CLTV payment channels and Schnorr-Spilman channels, I've created the following figures. In these figures,

In the normal CLTV payment, the payment channel coin (the pink box) itself is obvious.

With a regular Spilman channel, this gets a bit better but the payment channel coin is still locked in a P2SH script, for a 2-of-2 multisignature. I didn't illustrate this, but you can imagine the above but "A & B" inside the pink box.

When we move to Schnorr-Spilman channels, the payment channel coin is now an aggregated signature on Alice and Bob's public key, represented here as "A+B". Instead of the refund transaction being created by Alice alone, it is instead arranged ahead of time by Alice and Bob together.

In a previous gist, I described how trustless cross-chain atomic swaps can be hidden inside payment channels. They have an additional advantage over normal swaps in that they are faster to set up, and allow for instant high frequency trades between the involved parties. The same thing can be done with Schnorr-Spilman payment channels, at least on the BCH side of the swap. I've continued the illustration theme from above with Fig 3 below, to show how this works.

On the top you can see a Schnorr-Spilman channel on BCH. On the bottom is a CLTV payment channel on OtherChain (this could also be a 2-of-2 Lightning, Taproot, or Raiden channel).

Ideally, both chains should use such concealed P2PKH payment channel, but this is not absolutely needed for privacy. Even if the other chain uses a more obvious form of payment channel, it is very difficult to find the corresponding BCH transaction. 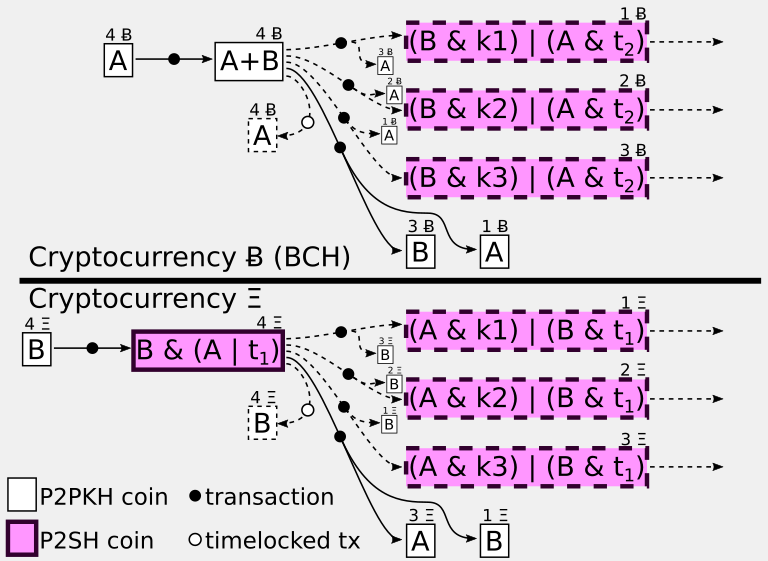 Fig 3: atomic swaps can be concealed in Schnorr-Spilman channels.

It should also be possible to do Poon-Dryja (i.e., Lightning-style) payment channels that rely on punishment-style refund transactions. Chris Pacia hinted on Medium about how this will be secure once BIP62 activates. Note that there is a limitation, insofar that these payment channels have to be unilaterally funded (see Caveat section below).

Again, there is an advantage with Schnorr signatures in that the initial 2-of-2 multisignature can be hidden as a 2-of-2 Schnorr aggregate signature. The refund smart contracts will only land on chain in the case of an uncooperative closure.

I'll skip showing a figure of this setup as it gets quite a bit more complex than regular payment channels, and it is not the point of this article.

In the preceding sections we have only exploited the BIP62's third-party malleability fixes and the possibility to hide multisignatures through aggregation. If you recall however, the introduction mentioned a third point: Schnorr signatures cannot be malleated, except when the all signers involved collaborate to create a new signature.

The fact that an aggregated Schnorr signature cannot be malleated by any strict subset of the parties means that we can build layer 2 (e.g., lightning network) on BCH.

With third party malleability fixes alone, regular OP_CHECKMULTISIG multisignatures are unfortunately still malleable by any of the involved parties. They can simply create a new signature using a new nonce value, varying the sighash type, and so on. This is a problem for chains of unconfirmed transactions, such as in the following example.

Alice enters into a two-stage smart contract with Bob, for simplicity shown here as simple "A&B" which represents a 2-of-2 OP_CHECKMULTISIG. Let's say she builds tx2 and tx3 together with Bob, before she reveals tx1. Bob cannot malleate tx1 (due to BIP62 protection) and Alice has no motive to malleate her own transaction. So, tx1 is safe. With tx2 it is different: one of the signatures (from Bob) can be manipulated. This creates a new transaction (tx2'), whose output Y' is now distinct in transaction ID from the original intended output Y. If tx2' is confirmed instead of tx2, then the tx3 that Alice and Bob created is now useless since it spends a nonexistent coin Y, and it cannot spend Y'. Unfortunately, Bob does have an incentive to do this: he can hold Alice's funds (Y') ransom indefinitely.

Fig 4: long transaction chains involving multiple signatures can be malleated by any of the involved parties.

With Schnorr aggregate signatures, Bob can't make that crucial step of changing the signature on his own. The reason has to do with the strong mathematical structure of Schnorr signatures (r, s):

Once BIP62 activations are done, it's possible to write smart contracts whose scriptSig inputs cannot be malleated. This may require some care, for example with OP_IF clauses, however I'd node that additional restrictions like SCRIPT_VERIFY_MINIMALIF are not necessary to make non-malleable clauses. I strongly suspect that in all cases, it is easy to convert complex smart contracts into a non-malleable form under BIP62+Schnorr alone. This can be done with input sanitization or script tweaks to take advantage of NULLFAIL (see link).

One of the difficulties with BIP62+Schnorr is the order of signing. Consider the following order of operations necessary in BIP62+Schnorr to create a new transaction spending from the Alice+Bob pubkey, along with its backup transaction:

The problem here is that at the end of step 2, Alice is in possession of a fully signed tx1 before Bob has tx2. It's not possible to reverse the ordering since tx2 must include the txid of the fully signed tx1. Thus, tx1 and the order of signing have to be carefully designed, so that the party holding the fully signed tx1 (Alice in this case) cannot harm other parties by publishing it before tx2 is created. This a particularly serious concern for smart contracts involving more than two parties.

A simple tweak like SIGHASH_NOINPUT would be an elegant fix to this problem, as it allows tx2 to be signed before a fully signed tx1 exists. SIGHASH_NOINPUT has other advantages too, for example it would also allow simplified Layer 2 structures like Eltoo's floating transaction mechanism, which doesn't have punishments and doesn't accumulate toxic information. But, that is a topic for another article...

The BIP62 + Schnorr approach to layer 2 has some advantages and disadvantages compared to segwit:

Since BIP62 + Schnorr allows Layer 2 constructions, this means a Lightning network should be possible on BCH. Although direct peer-to-peer on-chain transactions and direct payment channels are the primary use case for bitcoin cash, it wouldn't hurt to have a low-value Lightning network for micropayments in situations where direct payment channels could not be set up ahead of time.