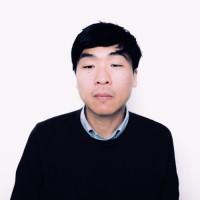 From the google documentation:

Javascript does not have a mechanism to preserve the global namespace, which can lead to namespace collisions and other errors. Foundation uses a one-line initialization script, var foundation = {}, to create an object that can function as a namespace. In Javascript, when an object is declared, an environment record or scope is also created - functions and variables located within the same environment record have access to each other. Objects and functions contain their own environment record. try catch blocks and conditionals do not.

The IIFE was a popular construct used in the development of jQuery and documented in Addy Osmani's JS Design Patterns as the revealing module pattern to help avoid namespace and scope collisions by wrapping a function with an immediately-invoked function - the wrapper is invoked on runtime and functions and variables are declared within the IIFE's scope rather than the global scope.

matthewstokeley / hasAttr.js
Last active
does an element have an attribute

note: await is not available in ie

in this xhr library, which offers a simple xhr api and a request api using html data attributes, I used a pubsub pattern to listen for events. Until IE support is offered, this is a nice and agnostic client-side approach without needing polyfills or complicated build processes.