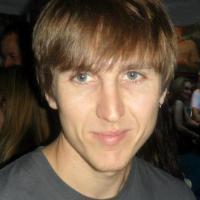 mikermcneil / 2-kinds-of-procedural-parameters.md
Last active
Seems to me there are two varieties of procedural parameters out there: "leases" and "consequences".

Seems to me there are two varieties of procedural parameters out there: "leases" and "consequences".

mikermcneil / sublime-3-settings.js
Created
My settings for Sublime 3 (press CMD+, to get here)

What's the big deal with Node.js and await?

So I really don't like most new things. The only reason I even got involved with Node.js early on was because of its sweeping promise: "One language, spoken by developers across the world." By consolidating parallel efforts, it would accelerate the pace of innovation, and quickly lead to more transformative and disruptive developer tools. It would create tremendous value for software businesses by unlocking efficiencies in the hiring and implementation process. And best of all everyone would waste less time on boring stuff.

Still, there was a problem. While it's true most developers have touched some JavaScript callbacks up there in browserland, in the bowels of the application server, there tends to be a lot more asynchronous things going on. And that causes all sorts of issues. All those callbacks also make for a way steeper

mikermcneil / pause.js
Last active
that thing everyone needs now, if you're using `await` on the front-end. Obvious caveat: Don't actually use this without babel et al

If you have a question, need commercial support from the engineers who build Sails, or you just want to talk Sails/Node.js with other folks in the community, click here.

mikermcneil / setting-up-cloudflare-and-heroku-with-ssl
Last active
For future reference: When attempting to set up cloudflare and heroku properly with SSL, here's how you do it.