Testing and debugging Hypothesis on mobile devices and in virtual machines

A complete Hypothesis stack consists of several components, several of which have references to the others in the form of URLs. At a minimum these include the Hypothesis client and service.

In order to test and debug a local version of Hypothesis on a different device, or a virtual machine, you need to be able to access the service/client from that device and also make sure that any URLs that the services use to refer to one another in HTTP responses sent to the browser are also resolvable from the testing device. For example http://localhost:5000/embed.js redirects to the client's development server at http://localhost:3001/hypothesis. Both of these URLs need to work on the testing device.

There are two ways to achieve this:

If you are only testing one part of Hypothesis, such as web pages rendered by h, simply using a different URL on the testing system will usually be the easiest way. If you are doing something that involves multiple Hypothesis services (eg. the client, h and Bouncer), setting up port forwarding is often the easiest method because it doesn't require making changes in several places.

In PuTTY port forwarding is managed under Connection => SSH => Tunnels. You can save configurations for future use in the Session page. 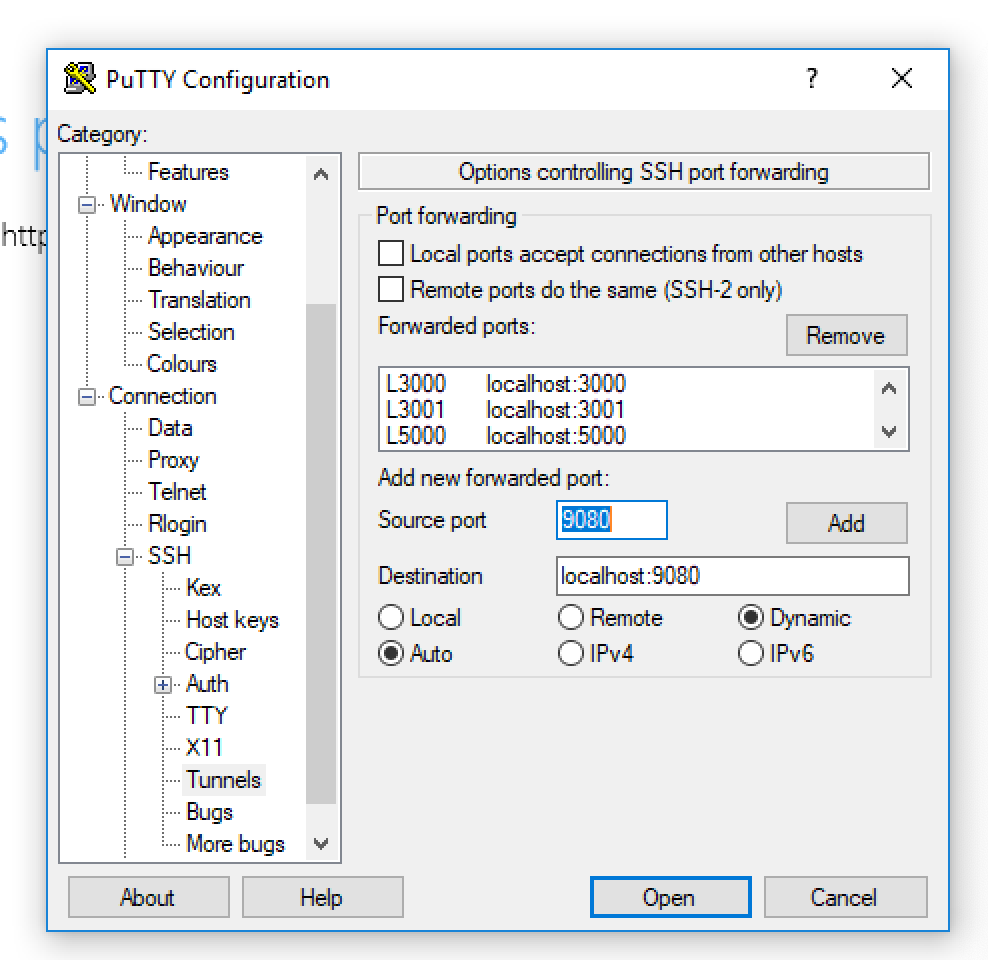 On macOS and Ubuntu you can create an SSH connection with port forwarding enabled by using the -L {local port}:{destination}:{destination port} syntax:

Setting up port forwarding on iOS

Termius has a "Port Forwarding" connection page. Once port forwarding is active, you can browse to a forwarded port in the Safari app.