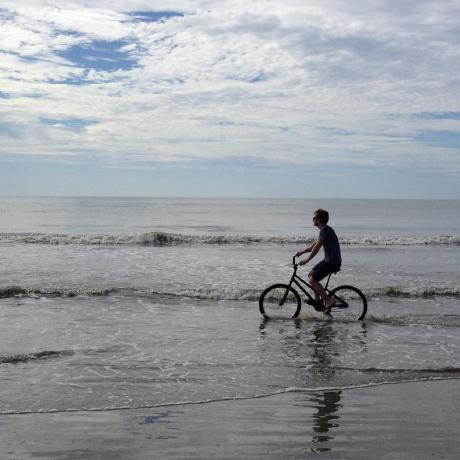 sethherr / stolen.geojson
Created
Sorry, something went wrong. Reload?
Sorry, we cannot display this file.
Sorry, this file is invalid so it cannot be displayed.

My moderately in depth review of albums from the list I sent. Anything on this is on Spotify (and the album links there) because I'm too lazy to find them elsewhere ( to Jeff for finding the ringing rocks link).

So I decided to go through the list and listen to all the albums that seemed interesting.

Here are the ones I will listen to again:

Some of the biases I have when considering code:

This list is particularly targeted at Ruby code, since that's what I have the most experience with

Delegation: Spent multiple days working on a bug without realizing it was delegated in the place it was occuring. I think it started out not delegated and became so later on, so tests weren't catching it, and delegation overrode one of the methods? In general, I feel like any time spent figuring out what something actually is, if it seems to be one thing in the code but is actually a different thing, is wasted time.

Single Responsibility Principle: Bike Index bike creation bug hunts. Any new service has to be compared against the Bike Index bike creation process - where when there is a bug, I have to trace it through a series of files. I feel like this tracery is a waste of time. Unless multiple other files need access to the same thing, I'm generally opposed to creating extra files.

Hand written sql: You can extend things that are Active Rec

All about the ErgoDox EZ