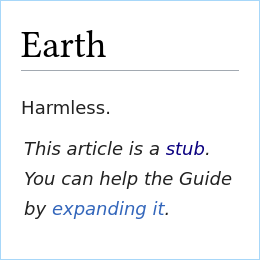 My pre-June 2022 commits don't show up in the activity view because GitHub's "claim your commits" form never anticipated user.email being a URL to avoid spam
88 followers · 2 following
View GitHub Profile

Kestrer / how-to-write-hygienic-macros.md
Created
A guide on how to write hygienic Rust macros

How to Write Hygienic Rust Macros

Macro hygiene is the concept of macros that work in all contexts; they don't affect and aren't affected by anything around them. Ideally all macros would be fully hygienic, but there are lots of pitfalls and traps that make it all too easy to accidentally write unhygienic macros. This guide attempts to provide a comprehensive resource for writing the most hygienic macros.

First, a little aside on the details of Rust's module system, and specifically paths; it is

I have a pet project I work on, every now and then. CNoEvil.

The concept is simple enough.

What if, for a moment, we forgot all the rules we know. That we ignore every good idea, and accept all the terrible ones. That nothing is off limits. Can we turn C into a new language? Can we do what Lisp and Forth let the over-eager programmer do, but in C?

The following code is unsound:

This uses Rc::as_ref() to obtain a reference to the underlying data, which does not guarantee uniqueness. It is possible to obtain several mutable references to the same memory location by calling this function repeatedly:

The case for deadlines

Rust aims to be the foundation of fast and robust software. A thorn in that side is the choice of timeout-centric APIs for I/O and multithreading. I posit this was a bad choice and it needs to be remedied as soon as possible before more APIs proliferate this (possibly accidental) design decision.

Task: connect to a remote server, send a request, receive response with an end-to-end timeout of 10 seconds.