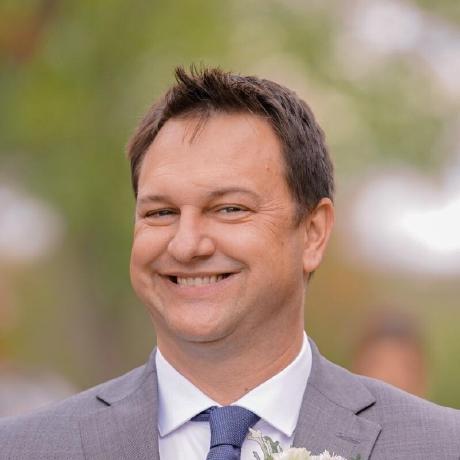 All right, everybody! Welcome to my talk. ES2016, the evolution of JavaScript. First a little bit about me. My name is Jafar Husain. I'm a tech lead at Netflix, I work for Falcor, an upcoming open data platform, which we intend to release pretty soon, and I'm also one of Netflix's representatives on TC-39, which is JavaScript's standard's committee. This talk used to be called ES7, the evolution of JavaScript, but something happened a couple of committee meetings ago. We decided to change ES6 to ES2015 and ES7 to ES2016. I want to explain this name change. We as a committee want to start shipping JavaScript every year. Just the way you would ship software in an agile way, we want to add features and ship them

Thanks. So yeah, I'm really excited to be here, talking about making relational cool again, and the subtitle is... Or JavaScript on ACID. And like I said, my name is Tim Griesser, Tgriesser on Github, and I'm here really excited to be talking about SQL. Or is it Ess-kyoo-ell? I know it's an issue that really divides programmers. So I Googled it, and the first result I came across was this English language and use in Stack Exchange. Which I thought was fitting, given that we're at a programming conference. And the first thing you'll notice is I'm not a member of the English language and usage, so if I make any mistakes up here, you'll know why. But the answer was that it was in fact first called the structured English query language, and so that acronym

voodootikigod / hudson.md
Created
JSConf US 2015 Track A Transcript for Kate Hudson: Beyond Responsive: Building a mobile web you're f*ing proud of

Hi. Everybody hear me okay? Yes? Awesome. So I'm a web developer at Mozilla, I'm the lead engineer on the Webmaker for Android project, and I want to start off on a high note here. The web is broken. And I don't mean the Wi-Fi. Although the Wi-Fi is totally broken right now. So I'm not going to demo some of the stuff I was going to show you. But that's okay. It's not actually broken for most of you JavaScript developers, right? On Firefox and Chrome and Edge, for you, the web is probably still pretty awesome. But for the rest of the world coming online right now, and that's like 2 billion people over the next few years, it really kind of sucks. And that's just because for more and more people, the first and only experience they're ever

Thanks, everybody. Thanks to JSconf. I'm going to try the first part of this slide is holy going to be entertaining and some other started stuff.

So, first of all, a great big thanks to John Charles who is a teammate on the team who got this spot and then gave it to me. He's not here. He had to leave early. And then he sent us this picture and he was actually not wearing a shirt. So I did everybody a favor and really quickly put a shirt on him.

He has so much chest hair, it looked like he had a sweater on.

Also it has been a long conference and for those of you who have families that didn't travel with you, I'm sure you miss them. I miss my son and daughter the movie star. Max gets two pictures because she's something. That's him trying on my shorts.

As many know, I am fiend for the orange gourd known as Pumpkin. Whether in a pie, a latte, or as a flavor of beer - I cannot get enough pumpkin and wait all year for the orange goodness. I also have a fondness for beer, so the matching of the two is a beautiful moment in heaven for me. As such I am on a mission this year to try as many pumpkin ales as possible and rank them as to my preference. Your preference many be different and that is perfectly fine. What I am looking for in my pumpkin ale is a good taste of pumpkin, slight spice, and smooth finish that leaves your palette refreshed and warm. Others prefer hard spice, but for me that feels overpowering and missing the target of pumpkin taste. As appropriate I have left notes for myself, if you have any, fork away and make your own list!

voodootikigod / jsconfus2013-faq.md
Last active
JSConf is a unique event experience hand crafted by the Williams family. This year is even more different from any other event and previous years and as such we wanted a place for you to ask questions. Please use this gist to ask questions and we will respond with the answers so that others who may have similar questions can benefit as well.

What is the schedule of events

We are constantly finalizing the nature of JSConf, but here on out we will be keeping the posted schedule current, you should check it often. Also we will have the schedule in printed format at the conference so you will have all the information you need right there for you.