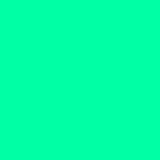 This guide summarizes some helpful strategies and resources encountered while debugging memory usage in the hashicorp/learn repository.

In JS, memory issues occur when old objects aren't garbage collected, and pile up on the heap. We can observe the issue by noting performance degradation over time, or by maxing out memory within a single program.

Typically memory issues are discovered because performance slows down. You might also encounter this fun error if your program runs out of memory:

wkentdag / serialize.js
Created
serialize an object into a query string

wkentdag / dd_vs_community_20161010121137.txt
Created
full install log for msvs
This file has been truncated, but you can view the full file.

In this release of spike, we switch posthtml for reshape. Reshape is a complete rewrite of posthtml by the static-dev team with several significant differences:

However, as a consequence of this move, the jade plugin is no longer available. The jade plugin was always a hack, and had several crippling caveats. In addition, jade does not fit well with reshape's philosophy of breaking functionality down into small modules. As such, we have replaced ja