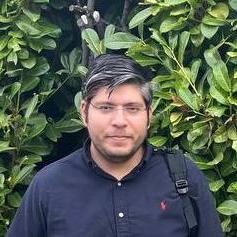 This is an implementation of Facebook's baseline GRU/LSTM model on the bAbI dataset Weston et al. 2015. It includes an interactive demo.

The model training script train.py and demo script demo.py are included below.

I assume that you have already downloaded the CaffeNet pretrained and model definition files.

The trick is to initialize two networks, one with mean file set (called net_mean) and the other one without mean file (called net). Then create a fake all 1 image. Use the net_mean to preprocess the fake image for data layer and save the result as fake_pre. Then use the net to deprocess fake_pre for data layer and save it as fake_re. If the two networks net and net_mean were the same then fake_re would be equal to fake, but since we have not set any mean file for net then we can visualize the mean image using 1 - fake_re. Take a look at the code.

###Download XCode from the App Store Get it from here

###Get cmake Use/get a package manager, such as homebrew. Open a terminal window and type the following

This will get the required packages for cmake.

I always wanted some latex template that I could use for assignments. But none of the templates I found online had all the features I wanted. So the natural next step for me was to create one.