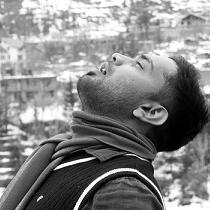 When we were trying to create a docker image for our Node JS based application, we chose to use the official Node docker image (~700MB). On top of that we need to add the node modules, business logic, etc and so on. The final image size was staggering (~1.2GB). It was not what we wanted. Secondly, the average build time to do NPM install and run a grunt task totally took 15 minutes for every build. I am not even talking about the pain of configuring this for different CI/CD pipelines and environments.

The initial docker file was looking something like this:

zeagord / DockerStorage.md
Last active
How to change the default docker image location in a virtual machine

We ran in to a lot of space issues with storing docker images in Azure cloud VMs. Because by default docker images, layers and containers are stored in the

It is the same with the Amazon AWS as well.

The problem with this is most of the virtual machines have a very limited space in the OS Disk and the space can run out very soon. It is wise to save the docker images and attach your data containers to point a mount volume.