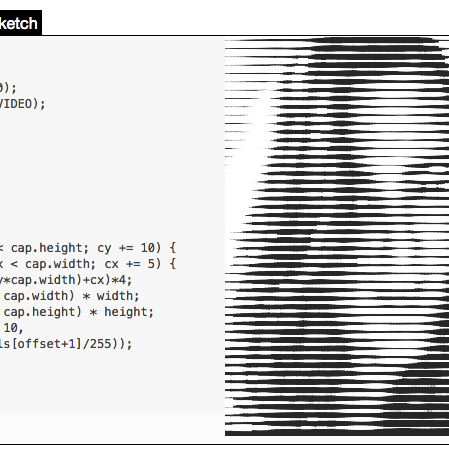 Getting credentials for the Mastodon API with Mastodon.py, step by step

(The following tutorial uses Python 2.7, but if you're using Python 3+ everything should work substantially the same.)

I just started using it, but it looks like Mastodon.py is a pretty great library for working with the Mastodon API! However, all of the authentication examples use static files to store credentials, which I don't like—I'm afraid I'll accidentally push them to Github. I like to keep my authentication as close to the actual command that runs the program as possible, so usually I pass them on the command line to the script running my bot. To do this, I need to get the appropriate credentials on their own, as separate strings that I can cut and paste.

Nothing is more essentially human than linguistic communication. But when programmers, data scientists, and computational linguists work with language, the abstractions they work with sometimes don't line up with your intuitive understanding of spelling and grammar. In this workshop, we'll investigate the state of the art of natural language processing, including: a whirlwind tour of spaCy for parsing English into syntactic constituents; a discussion of techniques for classifying and summarizing documents; and an explanation and demonstration of "word vectors" (like Google's word2vec), an innovative language technology that allows computers to process written language less as discrete units and more like a continuous signal. Workshop participants will develop a number of small projects in text analysis and poetics using a public domain text of their choice. In becoming familiar with contemporary techniques for computational language analysis, cri

aparrish / spacy_intro.ipynb
Last active
NLP Concepts with spaCy. Code examples released under CC0 https://creativecommons.org/choose/zero/, other text released under CC BY 4.0 https://creativecommons.org/licenses/by/4.0/
Sorry, something went wrong. Reload?
Sorry, we cannot display this file.
Sorry, this file is invalid so it cannot be displayed.

aparrish / predictive-models.ipynb
Created
Predictive text and text generation notebook. Written for Code Societies at SFPC, summer 2018. Code examples released under CC0 https://creativecommons.org/choose/zero/, other text released under CC BY 4.0 https://creativecommons.org/licenses/by/4.0/
Sorry, something went wrong. Reload?
Sorry, we cannot display this file.
Sorry, this file is invalid so it cannot be displayed.

aparrish / trigrams-that-occur-only-twice.txt
Created
trigrams that occur only twice in the cmu pronouncing dictionary word list, along with the words that contain them (where edit distance between words is greater than 3)

aparrish / facebook_app_token.py
Last active
simple python script to fetch an access token for a Facebook application (not a user token)