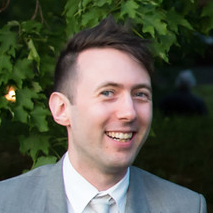 brendanberg / document_navigation.md
Last active
What would a better JSON look like?

HRON-Path is a standard for accessing values within HRON documents.

Detlef Mertins: During the forty years that you were at SOM, what would you say were the guiding principles, approaches, or ideas for your architecture?
Bruce Graham: Most important was working in Chicago, which I think is still the best architectural city in the United States. It gave you direction, an overall direction. I don't mean that you had to imitate other architects like Frank Lloyd Wright, Louis Sullivan, or even Mies. But there was a great tradition in architecture and a city that was perfectly planned after the big fire. It has a grid and a beach that goes all the way from Indiana to Milwaukee. The grid created a sense of direction for the people. It created neighborhoods with their own parks, their own school systems, and so on. I followed that kind of philosophy.

DM: So you inherited an architectural tradition and a body of work that you saw as a positive influence, something that you had to respon

brendanberg / story.md
Last active
How to tell a computer what to do using words instead of numbers.

To tell computers what words mean as numbers, we can write words that change other words into numbers. To do this, we need to decide what words we can use and what orders we can use them in. Then we need to tell the computer what to do with these words.