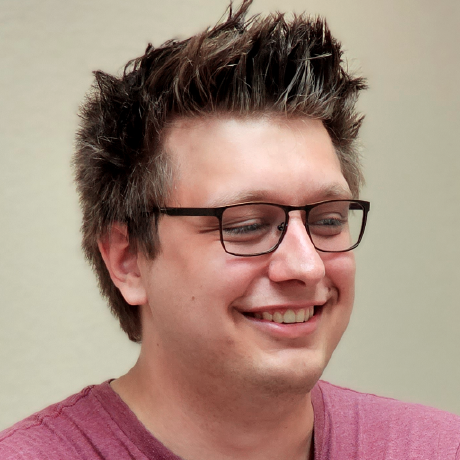 crutchcorn / Awesome Windows Software.md
Last active
Yes, I know it already exists. It also has nothing new on it

c='children',l='reduce' - This creates two variables that I can reuse. Obviously, l is shorter than reduce, so I want to create aliases for the things we're gonna reuse. What these strings do will be explained later

e[c]&&e[c].length>0 - Remember that c = 'children'. We're checking that the argument supplied to function r (e) both has a property called children and that it contains more than 1 element in the list (the purpose of r (also called recurse https://gist.github.com/crutchcorn/e4a5f7e1d7c160d2a5d856ab66bfd657 for normal code version) is to be able to go down a tree of elements in a webpage and return a list of every child of any element)

[...e[c]] - We're taking the children of the argument and turning it into an array (previously, it was a list a lot LIKE an array, but it didn't have the reduce function we'll need to call in a second)

crutchcorn / scroll.js
Last active
Ya ever want to scroll to the top of a page to take a screenshot on a 3rd party website? No? Oh. Okay.

This is gonna seem like a fuckload of irrelevant CS shit but I swear it will all come together in the end Linux What is Linux? Technically speaking, a kernel CAN be built to only include an IPC (an IPC is what dictates what process to run in what order, and occationally [depending on the design] how memory is alliocated for that particular process).

Side note: A process is a single piece of running code. You can think of it like a thought. A single action (ala picking up something from the ground or deciding where to go to eat) CAN be one thought but is usually many processes that work together interlinked, but that's getting into userspace which I'll cover in a second But more often than not, a kernel includes a lot of other bits to understand what your hardware does (so basic backup graphics/x86 (x86 is a type of CPU that runs a specific set of instruction called x86) drivers, as well as stuff like file system drivers (so in linux one of the options is EXT3, but in Windows you get NTFS - this is HOW the 1s

This should find instances such as: