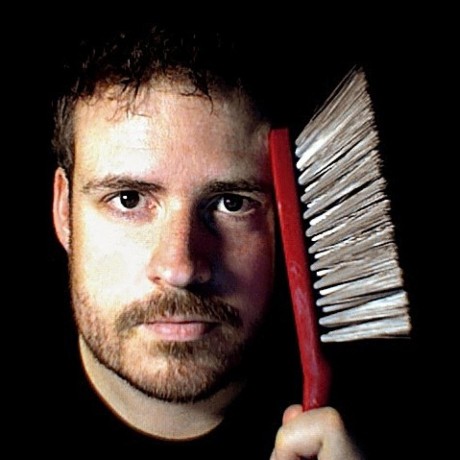 THE WIZARD MUST BE STOPPED.
View GitHub Profile

bash-it and ohmyzsh are two popular frameworks for extending the functionality of Bash and ZSH, respectively. One of their features is a built-in themeing system, and both implementations already try to integrate with some (but not all) Ruby version switchers to display the currently active Ruby as part of the shell prompt. At least in bash-it's case, this integration appears to have started out supporting RVM only, with support for rbenv and rbfu added later. This results in unfortunate code like this example.

We've recently agreed to use .ruby-version instead of switcher-specific files (.rbfu-version, .rbenv-version etc.), maybe we can also find a simple common name for an environment variable containing the currently selected Ruby (including patchlevel)?

losinggeneration / main.lua
Last active
A Löve2D main.lua bootstrap file for Moonscript. This loads main.moon during development so moonc isn't required. It also has the nice side effect of automatically being overwritten when moonc is run so the game is ready to be distributed.

Notes on learning Elixir and Phoenix

Just some assorted notes I've made while digging into Phoenix, Elixir and friends. I'm coming from a strong Rails background, so many of these will refer to features from that framework.

Unlike Rails, where rendering is almost always performed by a template file, the responsibility of rendering a response in Phoenix lies with a view module (that typically corresponds to the current controller module.) This view module will typically offer a whole bunch of render functions (matching different parameters, first and foremost the template name.) Templates (found in web/templates/) will directly compile into such functions.