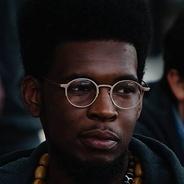 Decentralize and democratize the Web.

Decentralize and democratize the Web.
GitHub (and Microsoft) needs to stop supporting ICE and other forms of anti-human rights works.
View GitHub Profile

What are blocks for?

Plain old english: Ways of grouping code we want to run. The simplest explanation for a block is that it is a chunk of code between {} or do...end, that can't be stored in a variable and isn't an object. A block is just part of the syntax of a method call. It doesn’t mean anything on a standalone basis and can only appear in argument lists.

What are the difference between p and puts?

The difference is subtle, but p prints the true value of an object, rather than a string-ified version of the object. This will make more sense soon, but for the sake of simplicity, we'll use the p command throughout the exercises, as we'll want to see the true values of our code returned to the output window.

At the beginning of each month, we carry out a brief, high-level security inspection. The purpose is to be a sanity check for head-slapping, trivial vulnerabilities that no one expected would be in the code but somehow managed to creep in anyway.

One of @alice, @bob or @charlie should do the inspection if no one else has the time.

jalcine / HTTP_API.markdown
Last active
A bunch of ideas for using HTTP as a API platform.

Leveraging HTTP as a Basis for Interacting with APIs