Working in their 9-5 jobs, many people dream about being independent, breaking out of the daily grind or simply being their own boss. While this is not impossible, it is also incredibly hard and depending on good timing and luck of all sorts.

Don't quit your day job just now. Wait a bit, listen to what I have to say and make an educated decision for your own path. 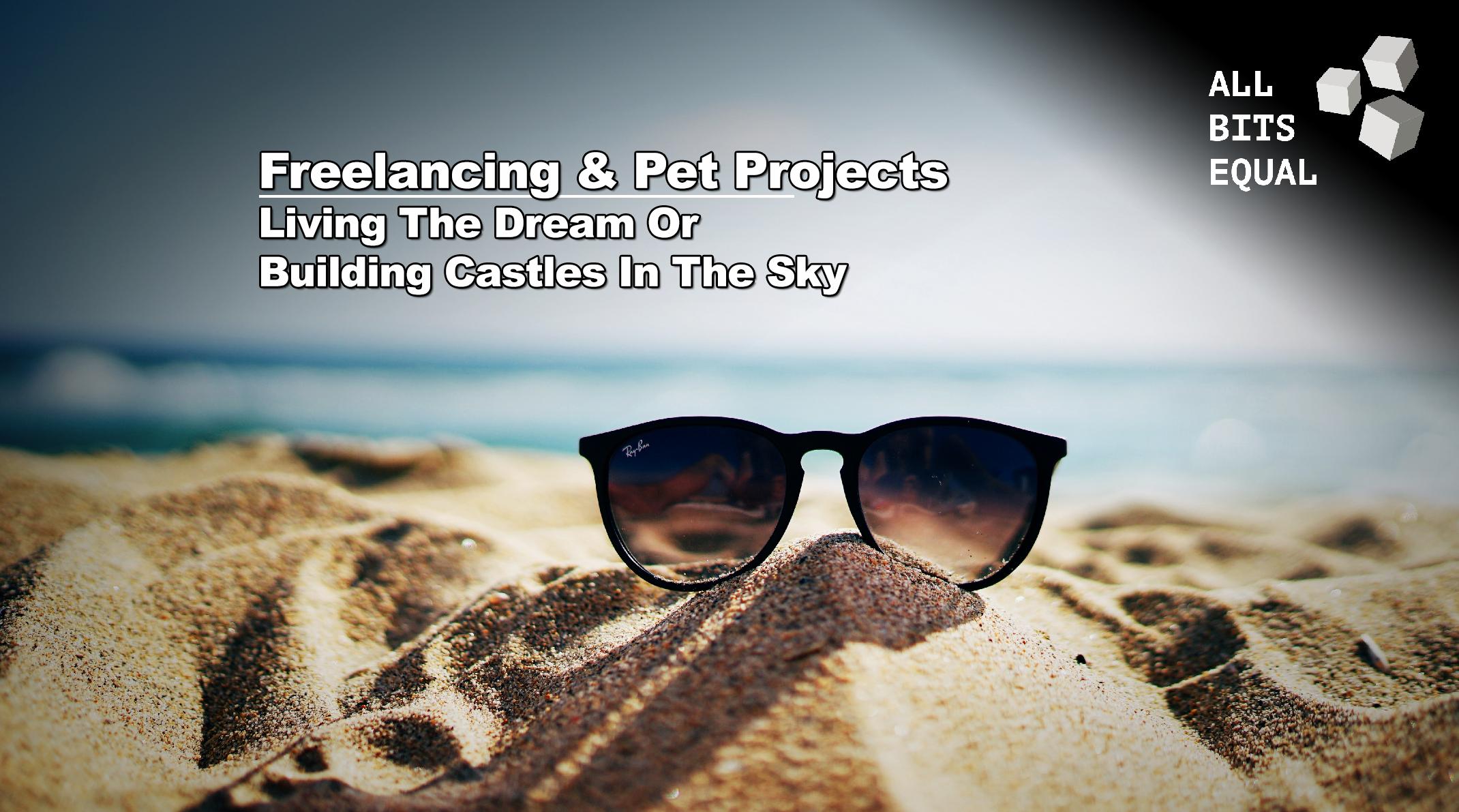 DISCLAIMER: This is an opinionated article and might be disillusioning for some, inspiring for others and there will always be a few to whom this will not apply at all. Use a bit of common sense and a good measure of realism when making life-changing decisions.

It's not uncommon to see videos and articles boasting about "5 simple steps to freelance success", "The one thing I changed to start making profits" or "How quitting my job and starting a small company was the best thing I ever did".

Keep in mind that we usually only hear about the success stories of the few victorious entrepreneurs that made it and then there are those stories about successful failure like the guy that bankrupted 3 companies before he made it big and founded a multi-million dollars company.

You don't see many port mortems about people that did not make it.

Most entrepreneurs fail and are never heard about. Right now, with covid around, this might be an even harsher truth and bitter pill to swallow. Don't expect to have an idea, act on it and then stonks... Big profit. Plan ahead, make backup plans and play the long game.

No matter whether you want to work freelance as an individual, build the next big indie game or plan to start a new venture or small company... if you run out of time or money, there's no helping it. You need a roof over your head, food in your belly and before you realise it, you are forced back into your office job (cubicle, if you live in the US) and slave away again.

Here are a few things to keep in mind when you plan to or dream about taking your first steps towards independence.

Step 1: Have Money, lots of it

As I previously said, if you run out of money before you are successful or at least able to cut even, you are out of luck. Having enough money can be achieved in multiple ways. If you are really lucky, you have a benefactor or partner with a steady and well-paying job that is willing to help you work on your dream. If that's not the case, start putting money on the side. No matter whether you start working freelance or found a small startup, you need to be able to buffer for a few months or even years until things start rolling. Otherwise, all you did will be for nought.

If you start a small business or open a store/shop/cafe, you might even need a sponsor or investor unless you happen to be sitting on a hoard of money from a lucky inheritance.

This directly ties in with the last point, do not quit your job on a whim and go all-in unless you are absolutely sure about what you are doing. Keep on working and start small. Make sure you have a realistic idea of what's ahead of you before you take the leap.

Don't wait too long to do "something"

There is no reason to not start doing something. Get your research done, start making plans, talk to peers and mentors about your plans and do some networking to meet like-minded people. There are things you need to do in advance to raise your chances of success. Use

I've written about this in a previous article but this point is worth repeating. You probably have to work more to be successful, at least for a while. Starting your freelance career comes with lots of additional hurdles including taxes, insurances, home office stuff, legal stuff, customer acquisition, customer relations/management... The same goes for many other occupations. In most cases what we see online is only the tip of the iceberg of what those successful people do.

You might have to accept a severe cut in your playtime or time spent reading, eating out, having fun and slacking off. I'm not saying to stop doing all of that immediately and I am a firm believer in "recharging creative energy" but when working for yourself, things need to be done and most likely there won't be anyone nagging you about your last report or missing insurance documents for HR.

Whatever it is you want to do, you need to turn it into a habit. Start recording a video once a week and post it on a predefined weekday. Write an article a week with at least X words and have it proofread and corrected by Monday. Write at least one new prototype or refactor one open-source project's task or something like that.

Find a day (or series of days, depending on the task) AND JUST DO IT!

Change your rhythm, change your morning routine, create a new one and stick to it. The earlier you start getting rid of some old and possibly bad habits and take on new ones, the easier it will be for you to stick to those tasks at hand.

Don't go too big, too soon. This advice might not apply for freelance work but if you try to post new work too often per week, you will most likely burn out soon and retroactively reduce your schedule again. If you plan on building an indie game title, keep it small and manageable. Maybe plan to release a v1 and have stuff if your backlog for a v2 or even release a follow-up title with the additional ideas and concepts.

Be ready to advertise

"Build it and they will come" hardly ever works.

Depending on the nature of your goals, you might need to build up mailing lists, cross-post articles on different blogs, join podcasts as a guest, do features with other influences or streamers or comic artists... This section alone could fill a whole article but I think you get the picture.

People will hate (or misunderstand) what you do and they will go to lengths to tell you about it. If you are female, things can get really ugly in some cases. The internet is a terrible place to put a piece of your heart, be prepared and brace yourself for the worst! It will not always be like this but it can and more often than not, it is completely outside of your own control.

Some communities are more welcoming than others (I've had some great experiences myself in the realms of comic and novel artists, IT in general and also hobbyist/indie game dev circles) but platforms like Twitch, YouTube and some subreddit can be unforgiving and unfair down to as much as bigotry and toxic masculinity all over the place. Be prepared for that is all I'm saying.

Here are a few very basic examples with no claims of being complete. These are fueled by my own experiences and ongoing discussions with peers and friends both online and offline.

I have worked both freelance and employed as a web developer for many years. Right after starting out in 2008 I started working freelance and had the incredible luck that a company I did a traineeship for agreed to send me all the stuff that went over their own capacities. That way I had a good financial backup that gave me ample time to find other customers and start making a living of it.

I switched over to full-time employment when we needed more financial stability (my wife was working freelance as well, which was a bit scary at times), and right now I reduced my office hours to have more time for my family and my writing career.

I did NOT switch over to game development to build that one game I've been dreaming of for 2 decades but decided to focus on writing articles about making games and websites and apps in general while keeping the indie game dev part as a small side hustle and pet project. I might, in the future but I'm not there yet.

Writing these articles and talking with peers online and at conferences gave me so much to think about, to learn, to research and to try out. Now I hope this article will help you too.