I have a one-page datasheet that tells you which pin is which on both the Pi and the SN754410. The original datasheet for the SN754410 is also fairly readable.

We'll start by getting a single motor to run. Attach a wheel, and solder a length of wire to each of its terminals. 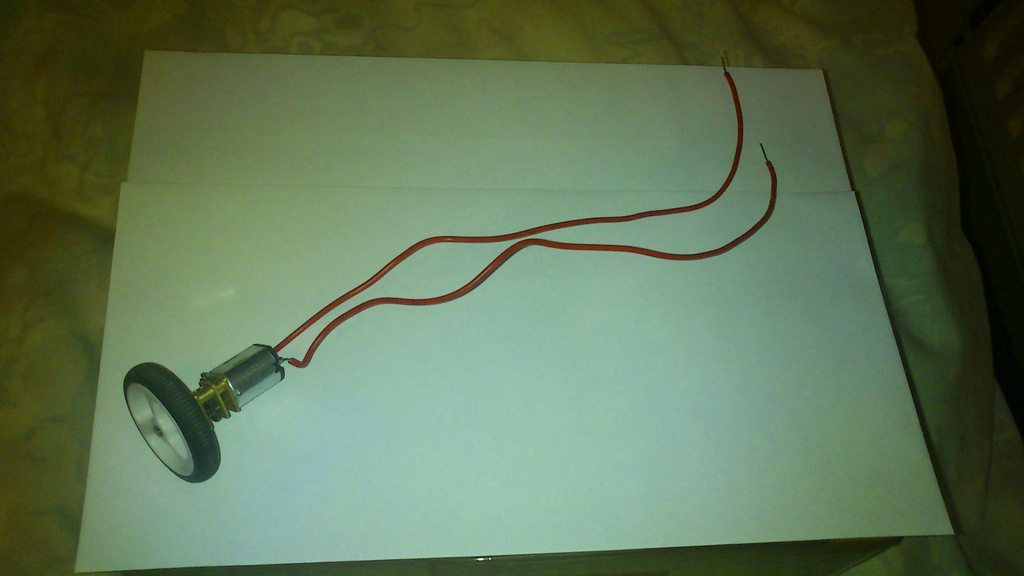 Plug the quad half-H bridge into your breadboard. We'll connect the motor to 1Y and 2Y, and drive it forwards by sending 1Y high and 2Y low, vice-versa for backwards, and sending both low to turn it off. So connect the following pins to power (specifically, to the Pi's 5V header pin):

Also connect the four ground pins to ground. (I think the reason there are four is for heat-sinking purposes: if you're sending four 1A output currents, you might not want to send them all through a single wire to ground. With the currents we're actually using, you probably could get away with just connecting one pin to ground.) 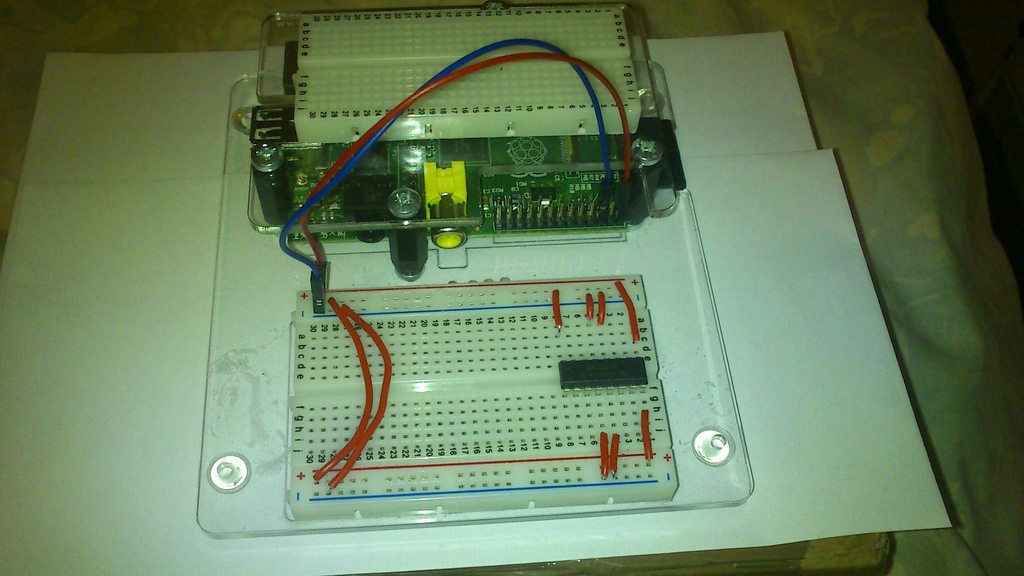 Having done that, connect GPIO 7 to 1A and GPIO 0 to 2A. (This is using WiringPi numbers - the Broadcom numbers are 4 and 17 respectively. Obviously other GPIOs will work, but my code assumes 7 and 0.) Connect the motor's terminals to 1Y and 2Y. 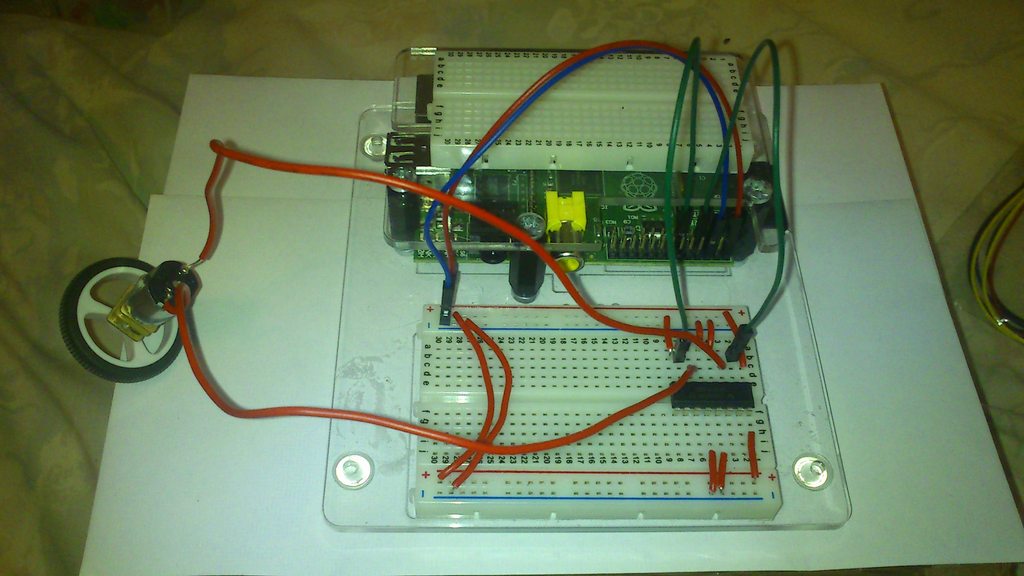 Test that it works by running the following commands (you'll need WiringPi:

(Some of you might be thinking: if the SN754410 is a 5V chip, what guarantee is there that the Pi's 3.3V GPIOs can cause it to read a "high" state? Fortunately, the datasheet specifies that anything above 2V is interpreted as high.)

This is meant to be the left motor. If it runs in the wrong direction, which is about 50% likely, just swap its terminals over on the breadboard. 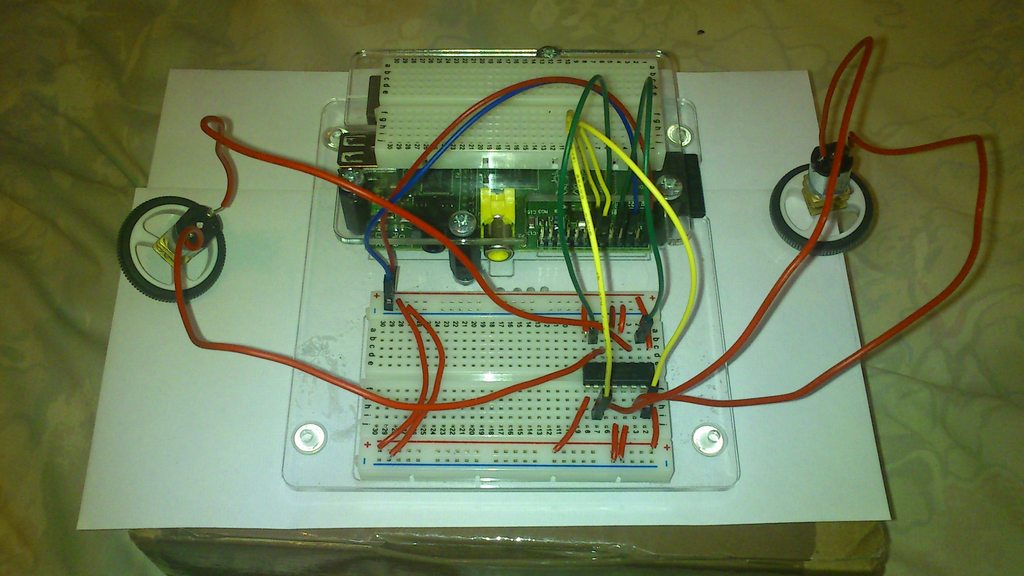 Test it, and swap wires if necessary:

Now you need to attach the wheels and caster to the underside of the cover. I use blu-tac for this, but a double-sided sticky pad would presumably also work, or you could even drill holes and screw them in place. (I've drilled holes to send the motors' wires through, but not to attach the motors. It's okay to just have the wires wrap around the back.) 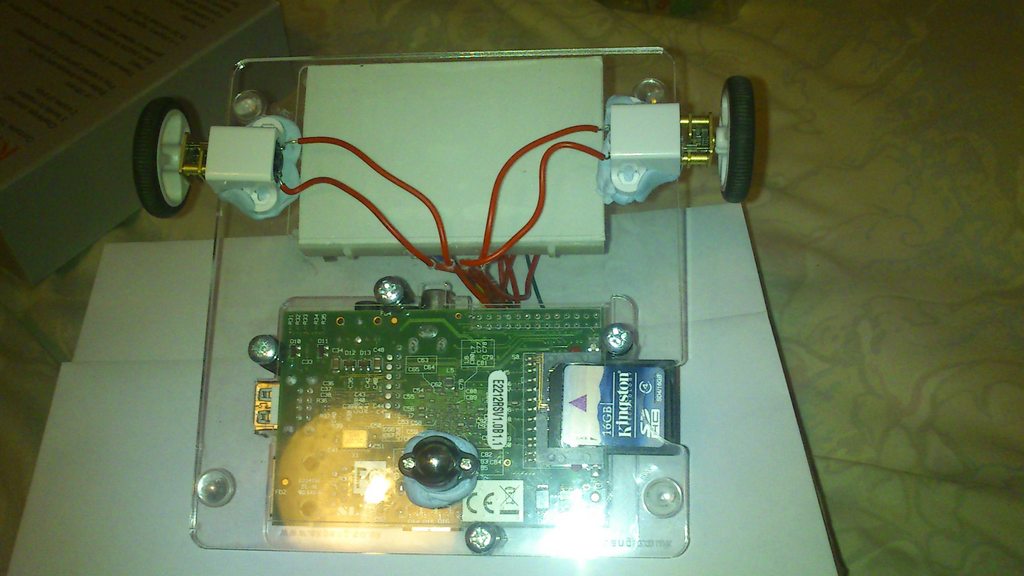 The last thing is to connect the nunchuk. Solder a header to the adaptor, and plug it in the breadboard. Wire it up appropriately: 'd' to SDA, 'c' to SCL, '+' to either 5V or 3.3V (3.3V is probably more sensible, since the nunchuk is usually powered by two AA batteries, but I haven't had problems with 5V), and '-' to ground. 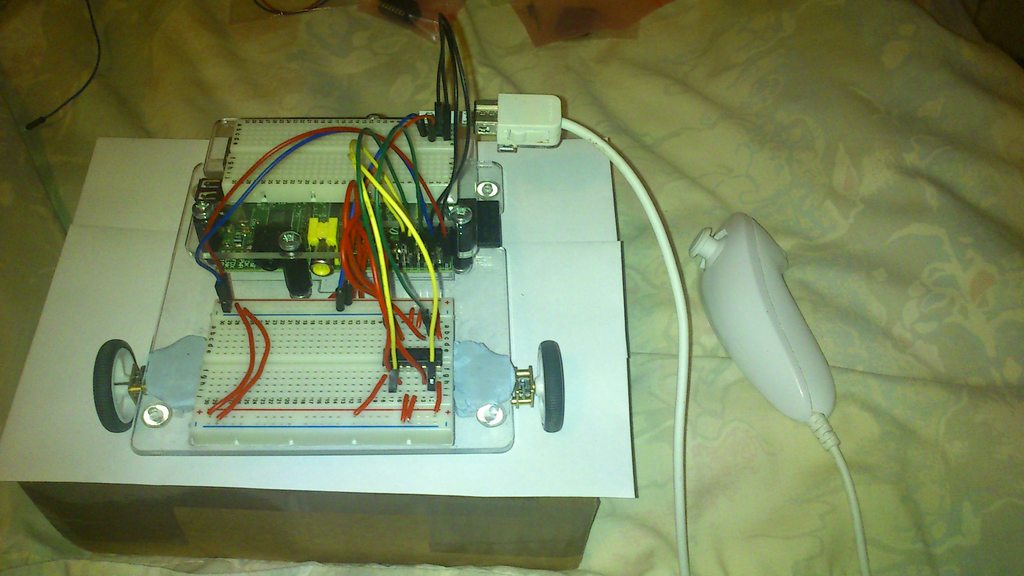 The software is fairly simple; you can grab it from github. It depends on wiringpi-python, which I could only install with Python 2.

Note that it probably only works for revision one boards. If you have a revision two, as far as I know the only change you need is in nunchuk.py, changing /dev/i2c-0 to /dev/i2c-1, but I can't test that.

To run it, simply call sudo ./robot.py and start using the nunchuk's analog stick. (It crashes if there's no nunchuk plugged in, or if you disconnect the nunchuk. This is kind of a bug, but also kind of useful for me because I develop by ssh'ing in over ethernet, and pull out the ethernet cable to play. This bug makes it easy to subsequently kill the process.) 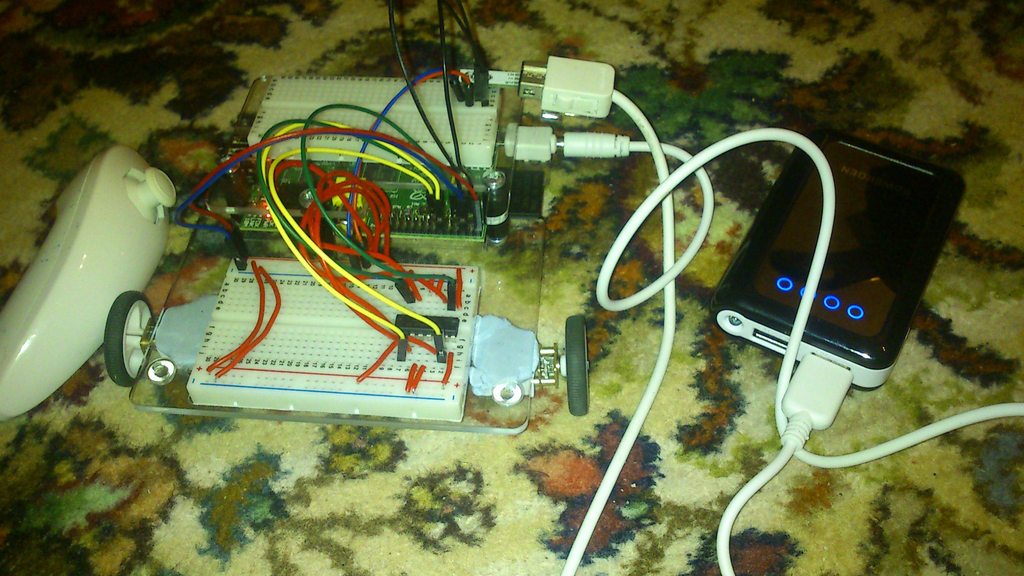 I have a number of ideas for how to take this further: