Bundling your JavaScript has been considered a best-practice on the web for a long time, and although some strategies have changed, the general idea has not.

The goal of this document is to explain what the current bundling implementation in Magento looks like, why it's problematic, and what I'd like to do to address it.

What are the problems with the built-in bundling feature?

This option really isn't useful, since modules are not sorted in any way.

In this example, the majority of JavaScript won't start executing until the final chunk is downloaded + executed, because Module A can't run until its dependency on Module Z has been satisfied.

What about the "Advanced JS Bundling" docs? Why not instruct people to use those?

Why not just load JS unbundled?

Loading AMD modules unbundled (how it works in development) is far from an optimal delivery mechanism for production, and creates a situation where you end up with waterfall/cascading downloads.

As an example, imagine a website with a JavaScript entry point of bootstrap.js, which has 3 dependencies.

The browser cannot know to start downloading foo.js, bizz.js, and bar.js until bootstrap.js is already downloaded and executed. Now imagine that the implementation of foo.js is the following:

The problem is now worse. The browser has to take the following steps now:

Over a large dependency graph, it should be clear how time consuming this can be. This makes the site load slower, but it also wastes time when the network is mostly idle and could be further utilized. 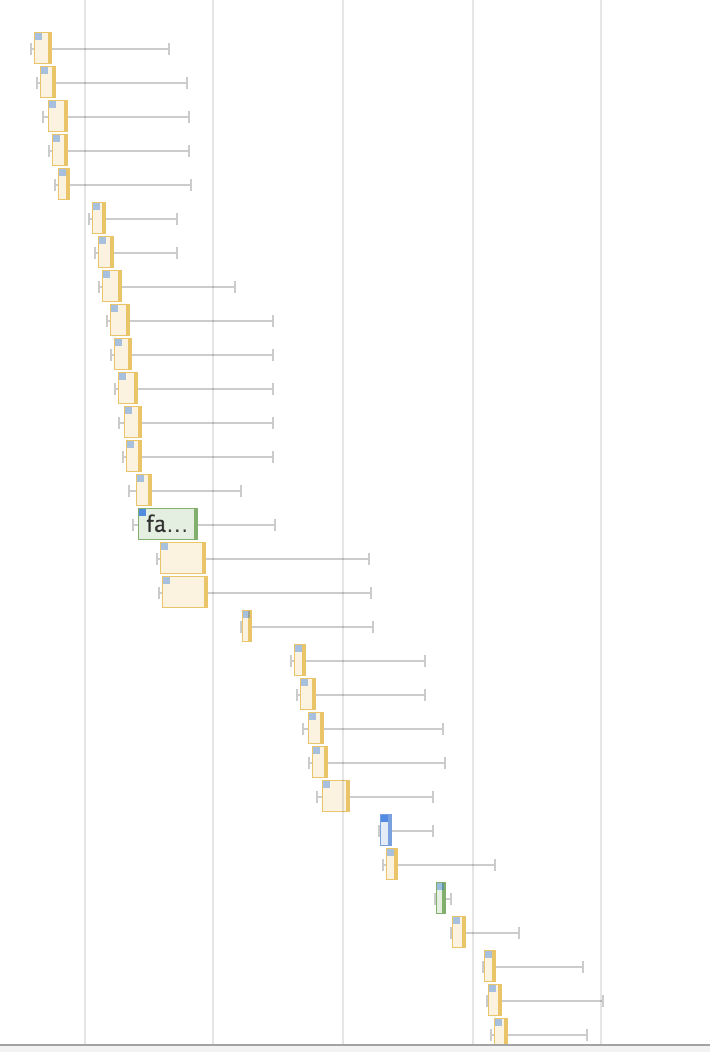 There are 2 benefits of unbundled code, though:

The other problem with not bundling is compression. gzip and brotli both work better the more repetitive text they're fed. Because the gzip/brotli dictionaries are not shared across assets, you'll end up shipping more bytes when you ship code per-file.

Why not use webpack/Parcel/{favorite bundler here}

Modern bundlers rely heavily on static analysis, and will not work as expected when dependencies are fully dynamic. Unfortunately Magento has a list of features that prevent analyzing a good chunk of the graph:

Because the values passed to require/define dynamically could change without a deployment, it's critical that a bundling solution for Magento supports some form of "fallback," where a module can be fetched from the network only if it's missing from a bundle. With the modern bundlers I'm familiar with, a build or runtime error would occur.

Why not deprecate all the features that make bundling with webpack/Parcel/etc difficult?

One of the biggest selling points for Magento is the massive ecosystem of extensions. Almost any extension that has front-end assets uses at least one of these mechanisms. A deprecation would require a massive re-write effort for folks, and that's not a good use of time while Magento is already investing in the future, decoupled front-end separately (PWA project, which uses ECMAScript modules + webpack). Finding a good solution that works for 95% of people, imo, is better than finding a great solution that works for 5% of people.

How are folks working around this today?

What are you going to do to address this?

We're going to fix it! Currently, 2 separate approaches are being prototyped.

bundlegento is a prototype of an automated tool that scrapes pages of a store with puppeteer. Module usage data for different sections of the store is collected, and then bundles are split up into separate and shared chunks to limit duplication.

This is not ideal for a few reasons:

baler is a prototype to see if it's possible to statically analyze just enough module usage data in Magento to create optimized bundles. This is the ideal solution, as it doesn't require scraping and can be run either locally or in CI during static content deployment.