All of the below properties or methods, when requested/called in JavaScript, will trigger the browser to synchronously calculate the style and layout. This is also called reflow or layout thrashing, and is common performance bottleneck.

window.getComputedStyle() will force layout, as well, if any of the following is true: 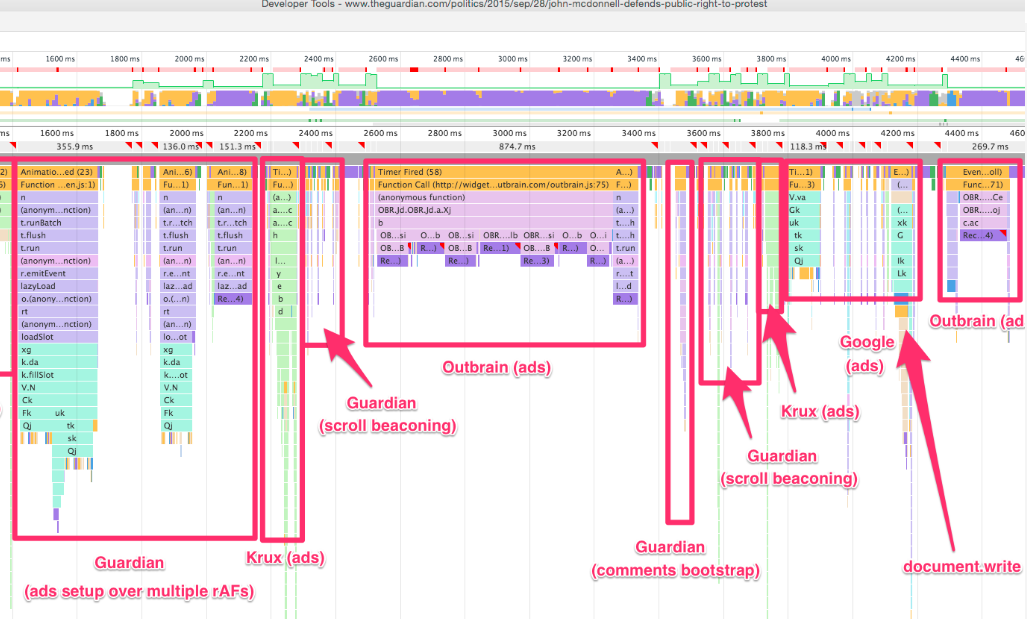 Timeline trace of The Guardian. Outbrain is forcing layout repeatedly, probably in a loop.

CSS Triggers is a related resource and all about what operations are required to happen in the browser lifecycle as a result of setting/changing a given CSS value. It's a great resource. The above list, however, are all about what forces the purple/green/darkgreen circles synchronously from JavaScript.