which mentioned valgrind massif, jemalloc's ex_stats_print, flamegraphs and heaptrack. I tried heaptrack first, because it looked like the simplest solution to me. The tutorials I found all required changing the allocator, since heaptrack doesn't play nicely with jemalloc. But, good news: Since Rust 1.32, jemalloc has been replaced as default allocator by the system default allocator. This means that we no longer need to make changes to our code for memory profiling.

So, lets take a look at memory profiling.

Alternatively, (and for older ubunutu versions) you can download the source code from the github repo and compile it yourself.

Use heaptrack to run your binary and pass parameters as usual. An example for our code looks like this:

Running heaptrack like this writes a gzipped result file that we can now take a look at.

The heaptrack_gui tool generates a nice collection of graphs and different views on the results.

You might need to wait a little for all graphs to render. Unfinished tabs stay grayed-out until they are done.

For my specific problem, I used the "Consumed" tab to take a look at memory usage over time and was able to identify the culprit: SliceConcatExt 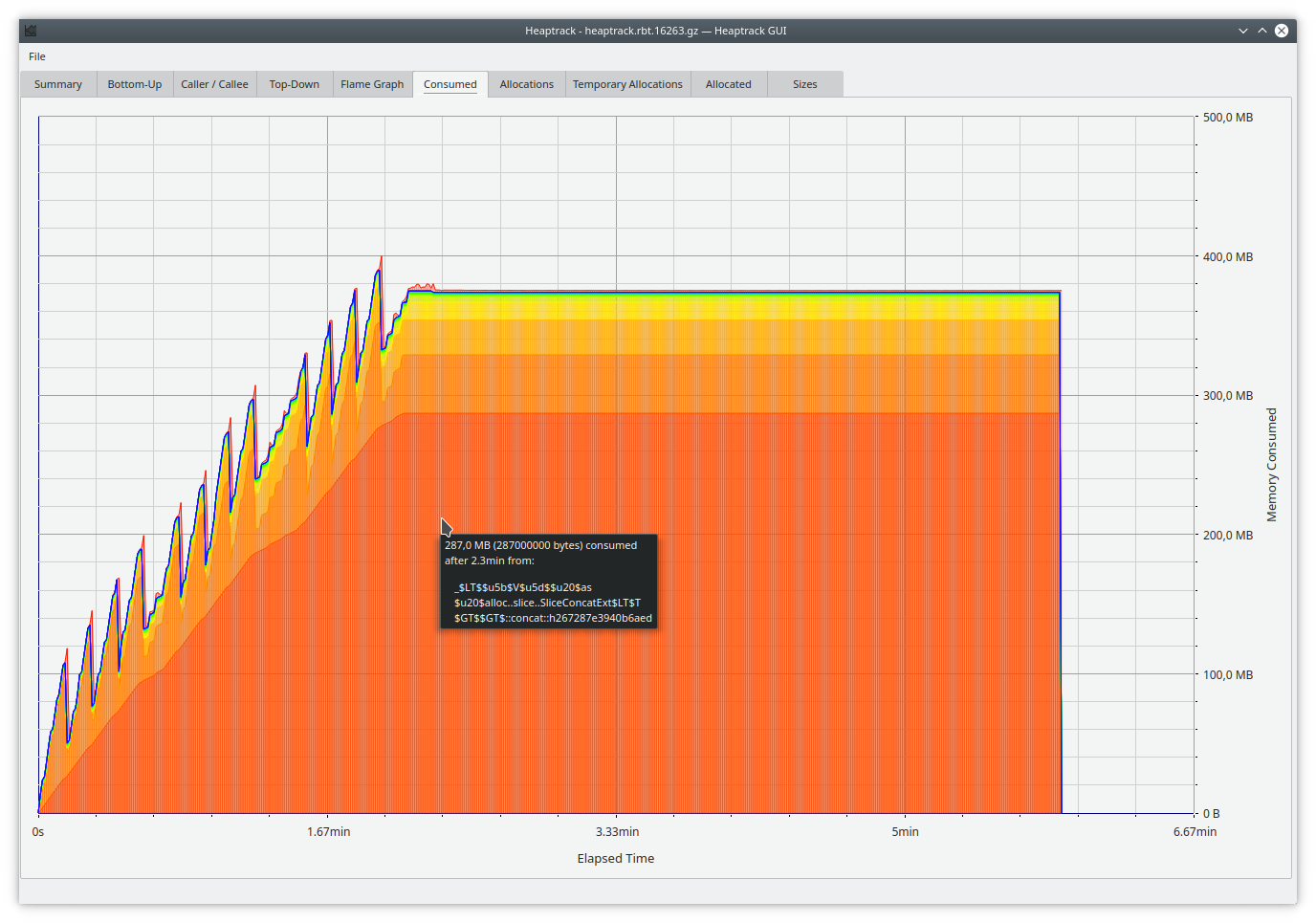 Other visualizations include a flamegraph, bottom-up and top-down lists, and a nice summary which also identified SliceConcatExt as the peak contributor to memory load consumption.

In our case, with the information that we need to look for a concatenation of slices we quickly found some old code that could be refactored to work without these additional allocations. After fixing our code, I ran heaptrack again and, as you can see, peak memory use dropped from 400MB to <100MB, leveling out at about 60MB instead of 380MB. 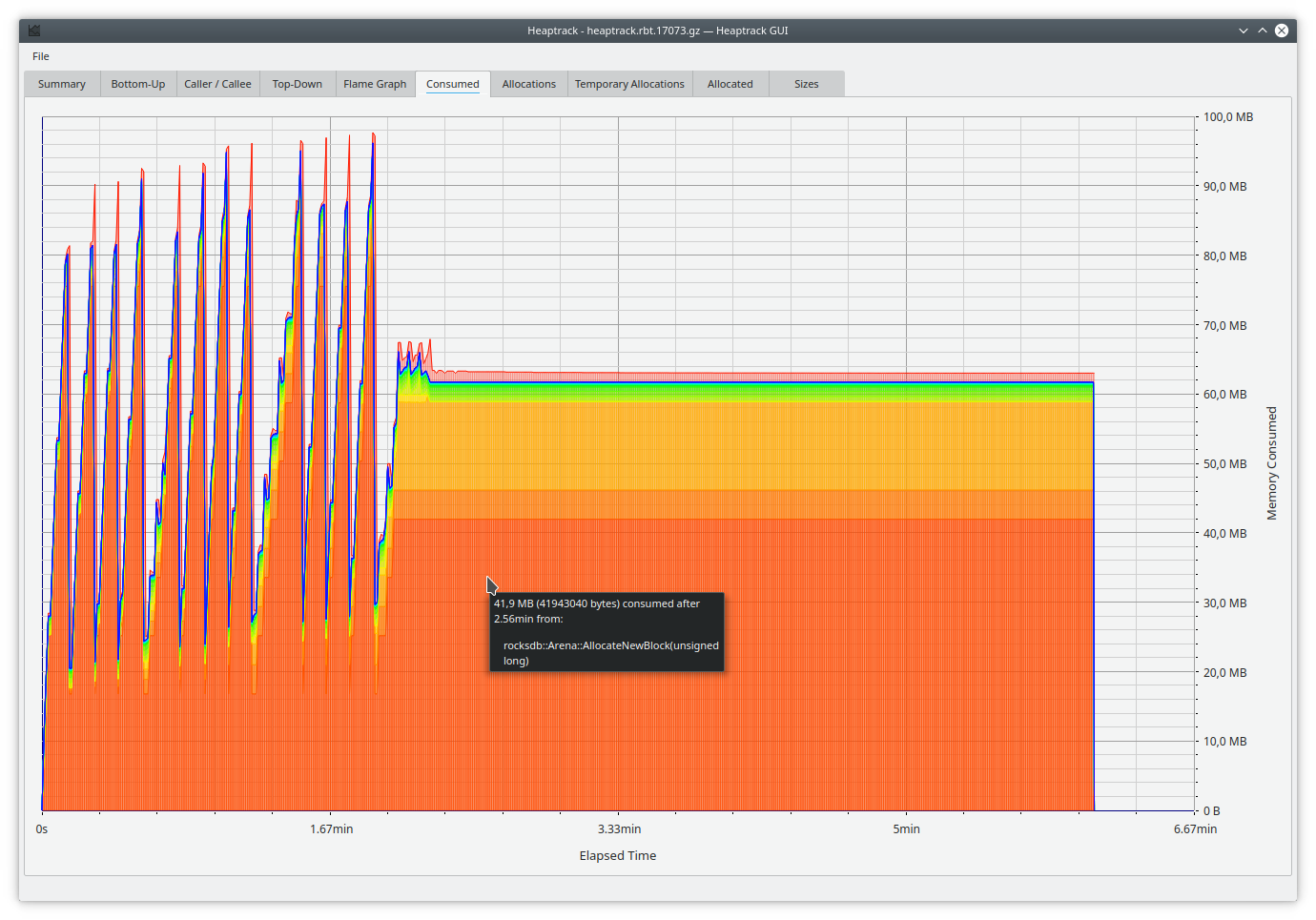 Since Rust 1.32 (January 2019), heaptrack works out of the box for memory profiling Rust code. You no longer need to change the allocator, making it a nice and quick way to take a look at you memory footprint.