Generating Authy passwords on other authenticators

Update 04.04.2020: Please take a look at many of the forks of this gist or comments, where people have updated or improved upon the code. I have not needed this in a long time, which is why the original document has not been updated and the code probably does not work. Stay secure and only copy and paste code that you trust.

There is an increasing count of applications which use Authy for two-factor authentication. However many users who aren't using Authy, have their own authenticator setup up already and do not wish to use two applications for generating passwords.

Since I use 1Password for all of my password storing/generating needs, I was looking for a solution to use Authy passwords on that. I couldn't find any completely working solutions, however I stumbled upon a gist by Brian Hartvigsen. His post had a neat code with it to generate QR codes (beware, through Google) for you to use on your favorite authenticator.

His method is to extract the secret keys using Authy's Google Chrome app via Developer Tools. If this was not possible, I guess people would be reverse engineering the Android app or something like that. But when I tried that code, nothing appeared on the screen. My guess is that Brian used the code to extract the keys that weren't necessarily tied to Authy.

I had to adapt the code a little and you can see the result below, but here's what I discovered about Authy's method:

So as long as you have an authenticator which can do longer passwords than 6 characters and do custom time periods, then congratulations, you can use the following method. If you are not sure, scan this code with your authenticator to test. Don't forget to delete it afterwards. The code should have 7 digits and should change every 10 seconds. 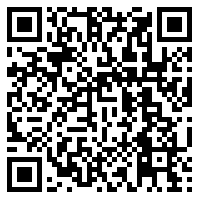 Known not to work:

Ok, that's nice, but I want to get rid of Authy now

This method has only one gotcha - if you want add a new service that relies on Authy, you will need to run Authy again. I am assuming you know how to use Authy and have some services added already. You can probably get rid of Authy on your phone and log in to Authy on your Chrome app using SMS or keep it permanently disabled under your extensions once you have logged in. In that case set a master password for Authy, stay secure.

Resources used for getting correct codes