Eufy would often get stuck and beep 10 times. Since, I didn't have the app on my phone, I thought it was getting stuck on dark edges in the rug/carpet with the drop/cliff sensors but the app was actually saying "Rolling brush is stuck". There wasn't any obstructions in the brush.

Before taking it apart, I took out the brush and tried to make it go but I could see that the little white square peg wasn't spinning to drive the brush.

After taking it apart, the motor spun freely by hand but was really weak and I could easily stop it with my hands and see the same stalling behavior (needs a little poke to get it going). I even tried hooking it up to separate a 9v battery and had the same behavior. Popping the gearing out, the bigger bearing inside the assembly also felt a little scratchy which probably doesn't help with the starting force required.

Using a flashlight, nothing seemed burnt on the motor windings.

As a note, I have confirmed that a Eufy 25c does not work when the side brushes, main rolling brush, or suction fan are disconnected. The vaccuum just rolls for about 6.5 seconds then says those items are stuck and need to be checked. So make sure you have everything connected while testing and debugging.

In the comments, there are claims that another Eufy can run with things disconnected but that doesn't seem to be the case with mine. You can see it fault without the motor connected here, https://youtu.be/Mo6kLUyUTKg?t=940

In order to get to the rolling brush motor and assembly, I had to take off the bumper, bottom, main PCB and suction fan.

Photos from this "Eufy 11S Robot Vacuum Main Brush Motor & Assembly" ebay listing but it looks the exact same as mine:

Measured with multimeter that the motor is supplied with 9v. When it grows to 10v, it seems to trigger the over-current brush stuck error. Although maybe that's a coincdence and actually measures current.

These are slightly different than mine because it has a PCB on the back but has the same part number and is probably fine. The listings say that these work for Eufy Robvac 11S Max 12 15C 15C Max 25C 30 30C Max 39C Max Coredy Robot Vacuum Cleaner R3500, R3500S. My best luck was just searching for Eufy 11S brush motor. 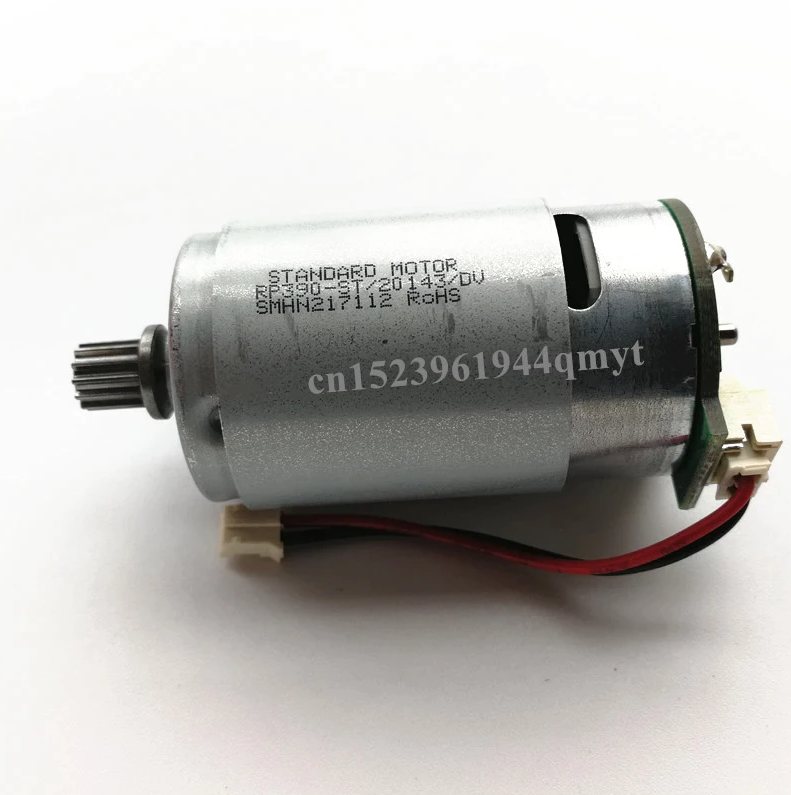 I ordered one of the main rolling brush motors above. The PCB on the back of the motor interfered with the plastic on the Eufy 25c but I just cut off the connector and part of the PCB to make it fit and soldered directly to the PCB.

I also replaced the bigger bearing in the brush assembly since it felt a little crunchy.

The new motor is much stronger than the defective one! Eufy is once again rolling around picking everything up 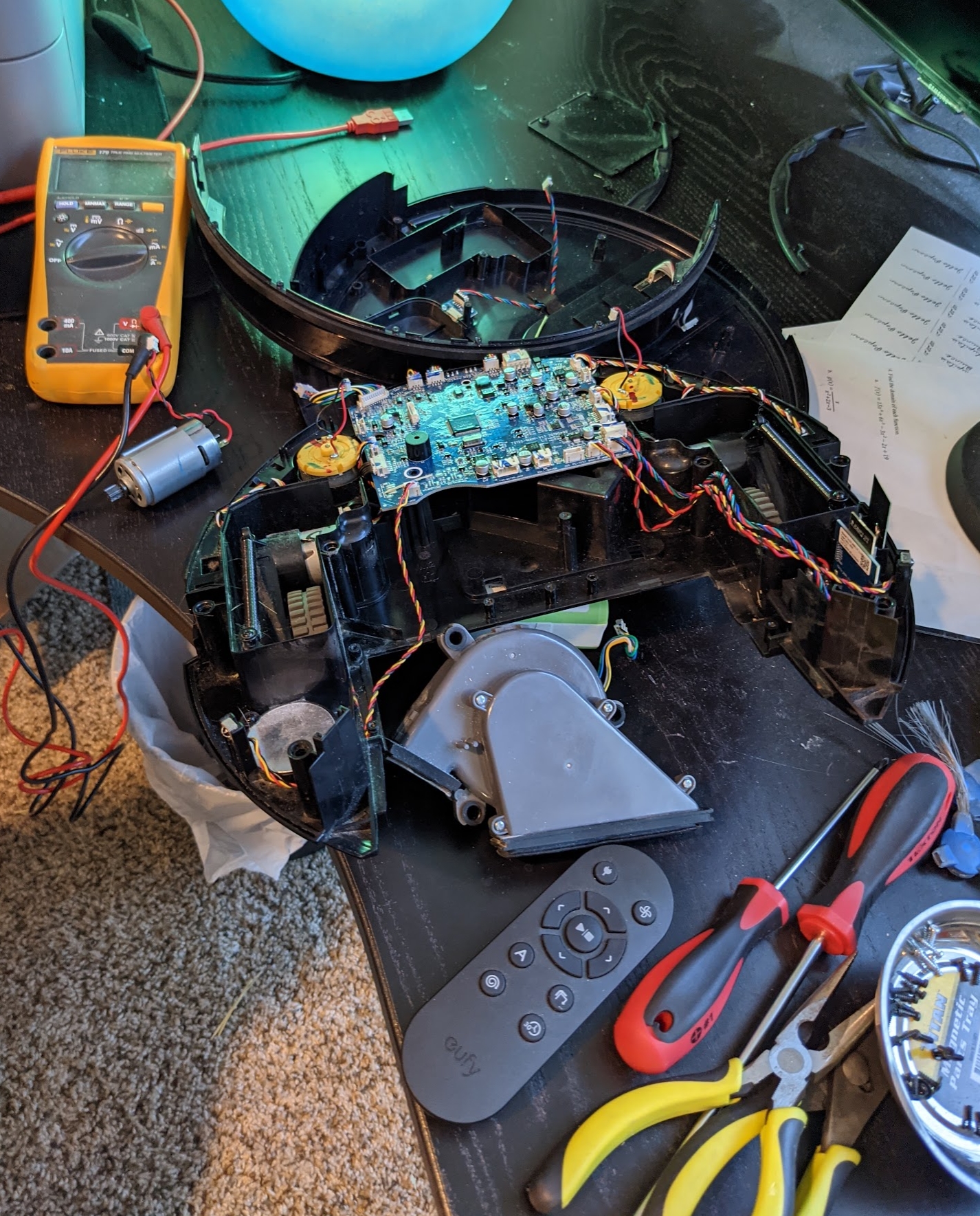