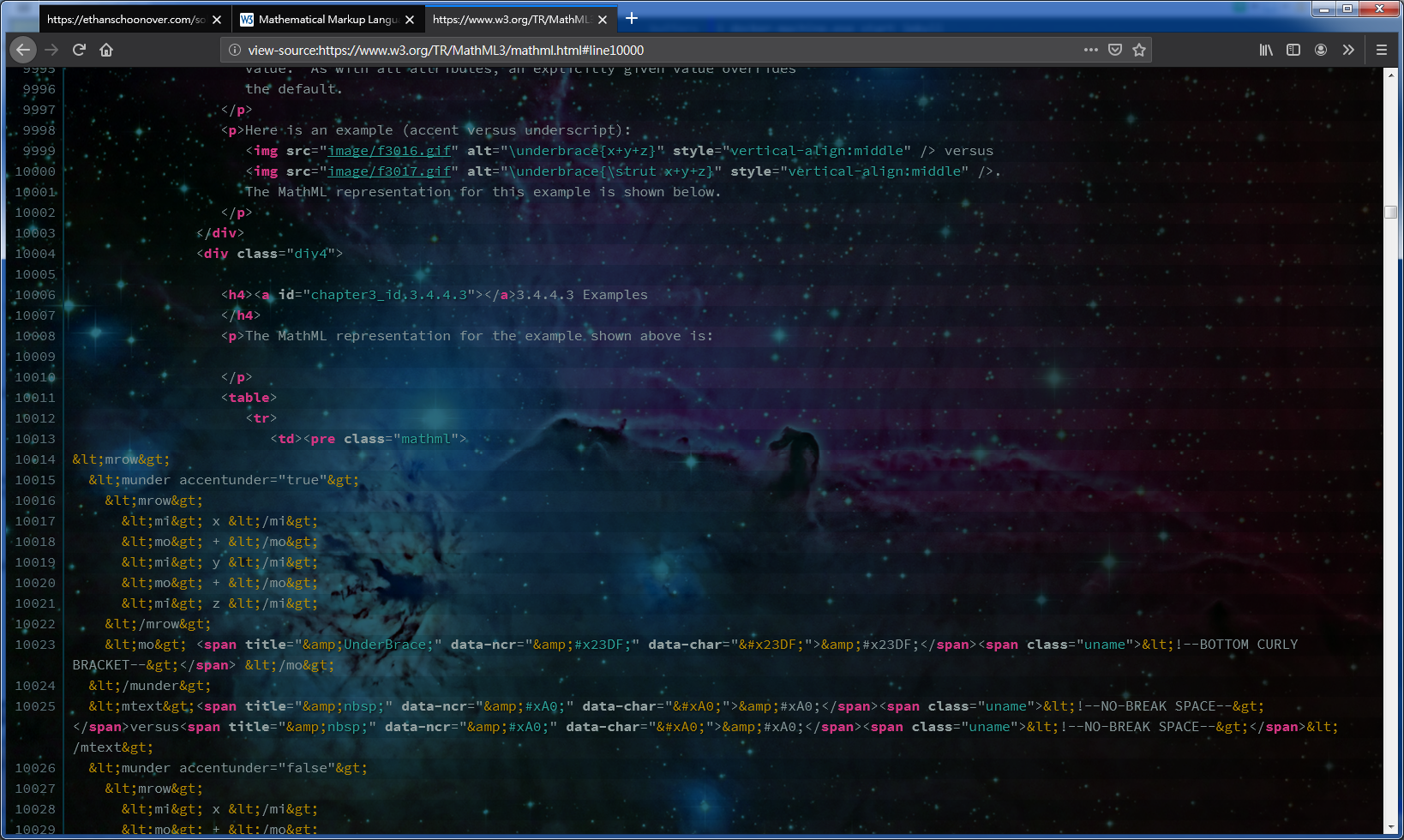 Although the good ol' days of viewing source in browser (via Ctrl+U or Right click → View Page Source for most browsers) can be dated, it still hasn't been completely retired yet, and can still be useful for cases like checking out vanilla HTML source (not post-processed by JavaScript, for example). This gist is about customizing view-source style semi-permanently through adding user style to Firefox profile.

The original view-source style is available from resource://content-accessible/viewsource.css, as of Firefox 57. However it is protected resource and can't be modified at will; customization can only be saved externally and reimported everytime one uses Style Editor under Web Developer Tools.

To alleviate unnecessary reimport each and every time upon browser start, it is possible to add extra styles to Firefox profile instead. This is the same as how Stylish works.

Note: Since Firefox 68/69, extra advanced Firefox config is needed. Launch about:config in Firefox and check for the key toolkit.legacyUserProfileCustomizations.stylesheets.

Beware of a few issues before choosing to customize this way: 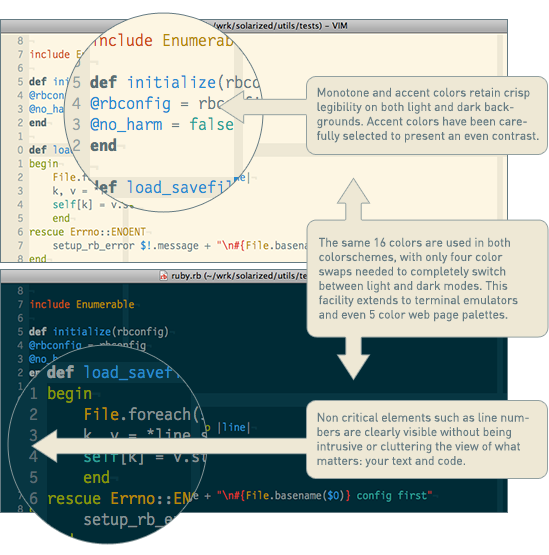 Solarized theme is one of the most widely used color palette, featuring precisely calculated lightness and hue relationships. Colors used in attached CSS try to be as faithful to both Solarized colors and original view-source color choices as possible, but there are a few changes due to contrast problems (and personal choices?):

Everybody is free to experiment with your own favourite background filters. 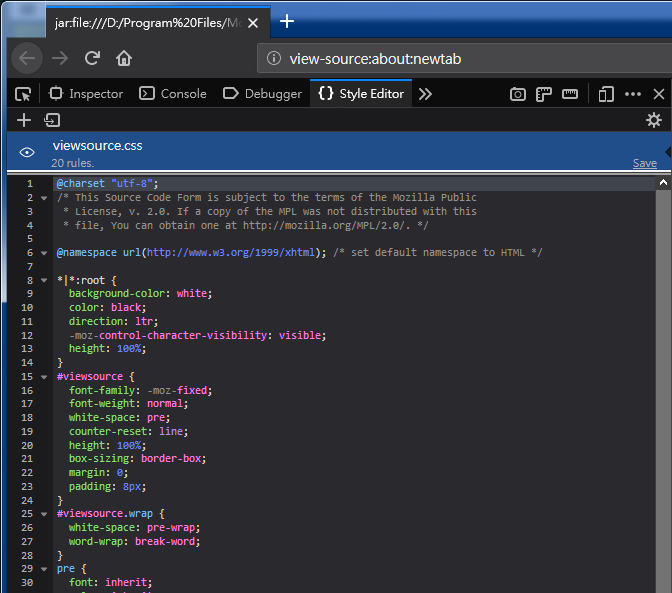 On view-source UI, it is possible to check out its stylesheet by launching Web Developer Tool F12, and select Style Editor tab. Users can then freely pick styles they are not satisfied with, and incorporate changes to userContent.css.