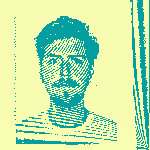 alukach / example.py
Last active
An example of a PIL-friendly object to represent an S3 file.