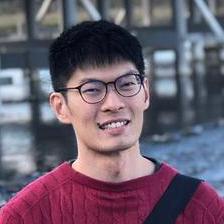 Sprint is a cycle lasts 4 weeks

My thoughts on Sandi Metz's presentation on better OOP Design

How to write better Object Oriented code. The central claim is that OO is not a problem, but many teams are not utilising the features of OO to design better code. Her other point is also that design becomes more important late stage as code bases becomes bigger.

If you happen to be reading the 20th anniversary edition of The Mythical Man-month, you can skip right to Chapter 18 for an outline of the entire book. Why this was added later is anyone's guess...