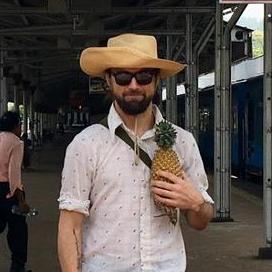 amoslanka / sentinal.rb
Created
Adjustment to Redis client's Seninel example in order to confirm that blocking operations are booted during a failover. (https://github.com/redis/redis-rb/blob/98e3e7a516fc9b4609bc8ab482605f835a4de621/examples/sentinel.rb)

An introduction of the pattern of using cache “marks” for use in building cache keys and indicating resource state uniqueness.

A cache mark is a simple value that represents a unique state of a resource or group of resources as a whole or in a particular context. A commonly used (but not referred to as) cache mark is a resource’s updated_at timestamp. It is updated to the current time when a resource is updated allowing for cache keys that use that mark to automatically invalidate caches based on previous versions of that resource’s mark. In the case of a group of resources a mark may be used to invalidate keys whenever any member of the collection is modified or removed.

Cache marks must be stored separately from the resource itself when:

amoslanka / api_version.rb
Created
Rack middleware that extracts an API version from either path or accept header.