What is a Deployment

Rather than directly managing Pods, Deployment utilizes ReplicaSets to perform declarative updates for a group of replicated Pods. The following picture demonstrates the relationship between ReplicaSets and Deployment:

ReplicaSet ensures that a specific number of pod replicas are running at a given time, based on replica number defined in a ReplicaSet manifest. Although it provides an easy way to replicates Pods, it lacks the ability to do rolling updates on pods.

The following is an example of a Deployment configuration for creating a Nginx server with three replicated Pods.

As you can see, a Deployment relies on pod labels and pod selector to find its pods. Therefore, it is recommended to put some unique pod labels for a Deployment. Otherwise, Deployment A may end up with managing the pods that belongs to Deployment B.

It is Highly recommended to run at least two replicas for any Deployment in Production. This is because having at least two replicas at the beginning can help you keep your Deployments stateless, as the problem can be easily detected when you are trying to introduce "stateful stuff" to a Deployment with at least two replicas. For example, you will quickly realize the problem when you are trying to add a cron job to a two-replicas Deployment to process some data in a daily base: the data will be processed twice a day as all replicas will execute this cron job every day, which may cause some unexpected behaviour. In addition, a singleton pod may cause some downtime in some cases. For example, a single-replica deployment will not be available for a moment when the single Pod is triggered to restart for whatever reason.

In general, it is not recommended use Recreate in Production based on the consideration of availability. This is because Recreate will introduce downtime when a rolling update occurs: All the existing pods need to be terminated before new ones are created when spec.strategy.type is Recreate.

You can use maxUnavailable and maxSurge to control the update process when you set spec.strategy.type == RollingUpdate. The field maxUnavailable sets the maximum number of Pods that can be unavailable during an update process, while the field maxSurge specifies the maximum number of Pods that can be created over the desired number of Pods. The default value is 25% for these two fields. Moreover, they cannot be set 0 at the same time, as this stops the Deployment from performing the rolling update. you can set the field maxUnavailable 0 as this is the most effective way to prevent your old pods from being terminated while there are some problems spinning up new pods.

The field affinity inside the field spec.template.spec allows you to specify on which zones/nodes you want to run your Deployment's Pods. As shown in the following picture, the ideal scenario of running a Deployment is running multiple replicas in different nodes in different zones, and avoid running multiple replicas in the same node. You can check this doc for more details about how to assign your Deployment's Pods to proper nodes. 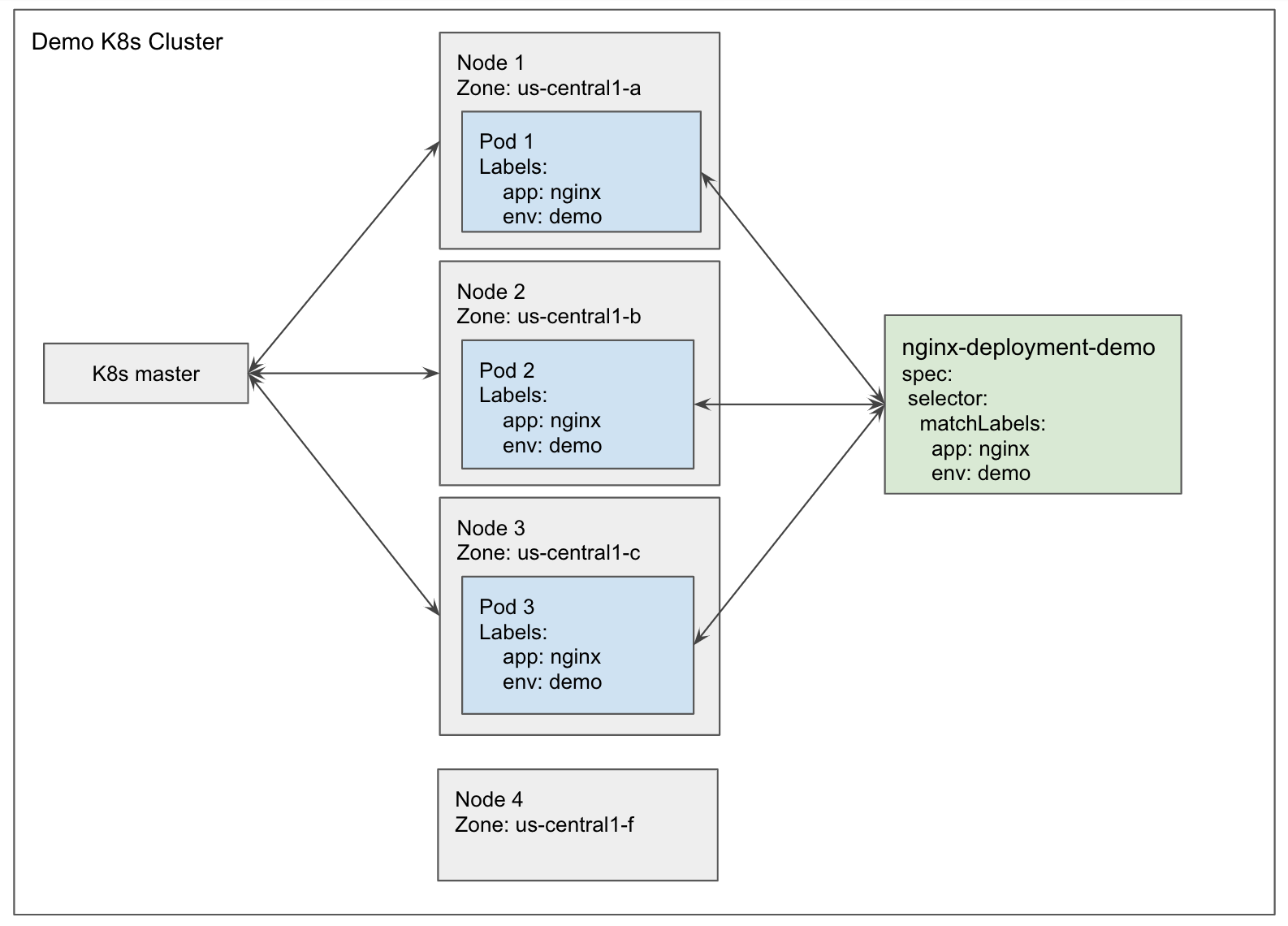 You can check this blog if you are curious about how to run stateful applications in Kubernetes.