how bewest got started hacking diabetes

A severe low in 2007 made me realize I needed to pay more attention to diabetes. I spent a few years learning more and more about diabetes. By 2009, I had tried Medtronic CGM as well as Dexcom 7. Neither were useful; I lost the Dexcom receiver. The Medtronic led me to lose sleep, stress out, and respond to poorly to treatment. By 2010, I started with Meraki Networks, now owned by Cisco. By the first week in Septermber, I knew what diabetes needed was something very much like what Meraki was offering.

I immediately started dissecting the vendor's software to learn how to talk to the device. I posted this repo to show where how I learned to use the special modem provided by Medtronic. It turns out Bigfoot also used this to get started.

After analyzing the vendor's software (and reading the license), I created a new repo, diabetes with a script called cl2.py to emulate control of the device using free software. After exchanging CRC's over email with Jay Radcliffe, I knew I was on the right track, but hit a wall. The scope of the repo was unbounded.

I created insulaudit to create a toolkit for diabetes devices. It also grew to be kind of messy rather quickly, but proved useful to get data from glucose meters, as well as allowed me to make some progress with Medtronic. insulaudit history

Decocare was designed to focus exclusively on using the Medtronic modem. It turns out that the modem has a lot of very useuful features for auditing and testing the device, including the ability to optimize therapy. WOW! decoding carelink begins 2012 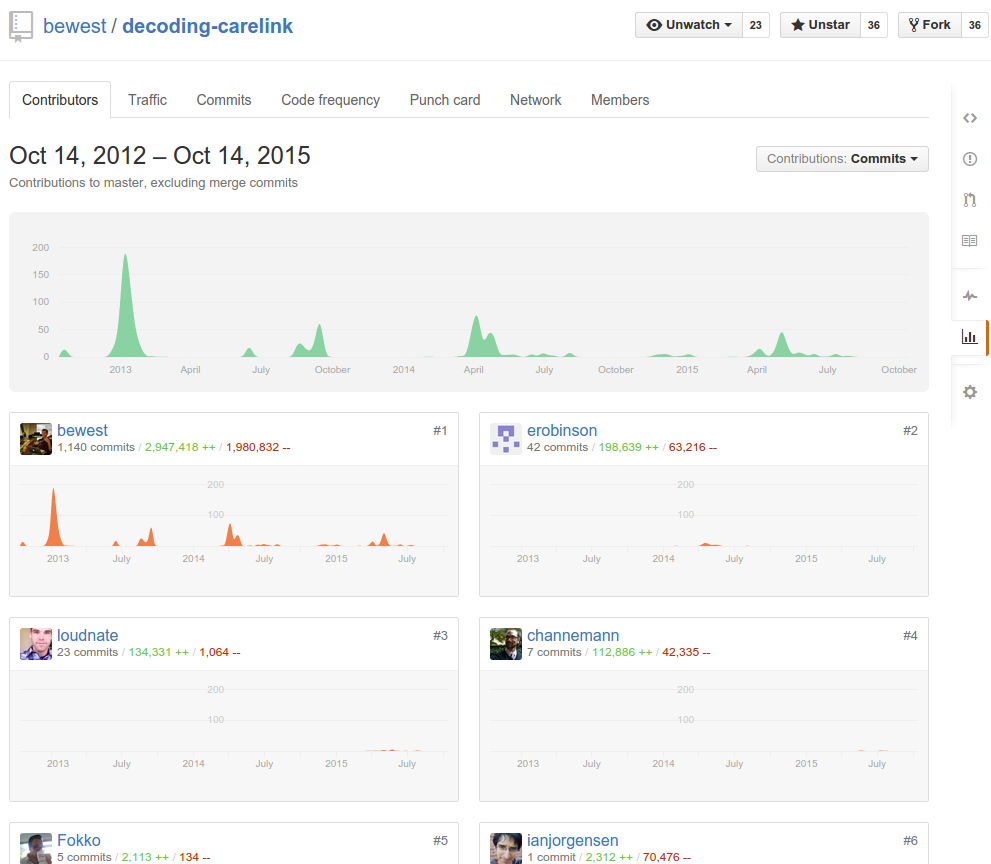 Medevice, I created several sites to discuss connecting these devices online in 2013. http://medevice-users.github.io/diabetes/ 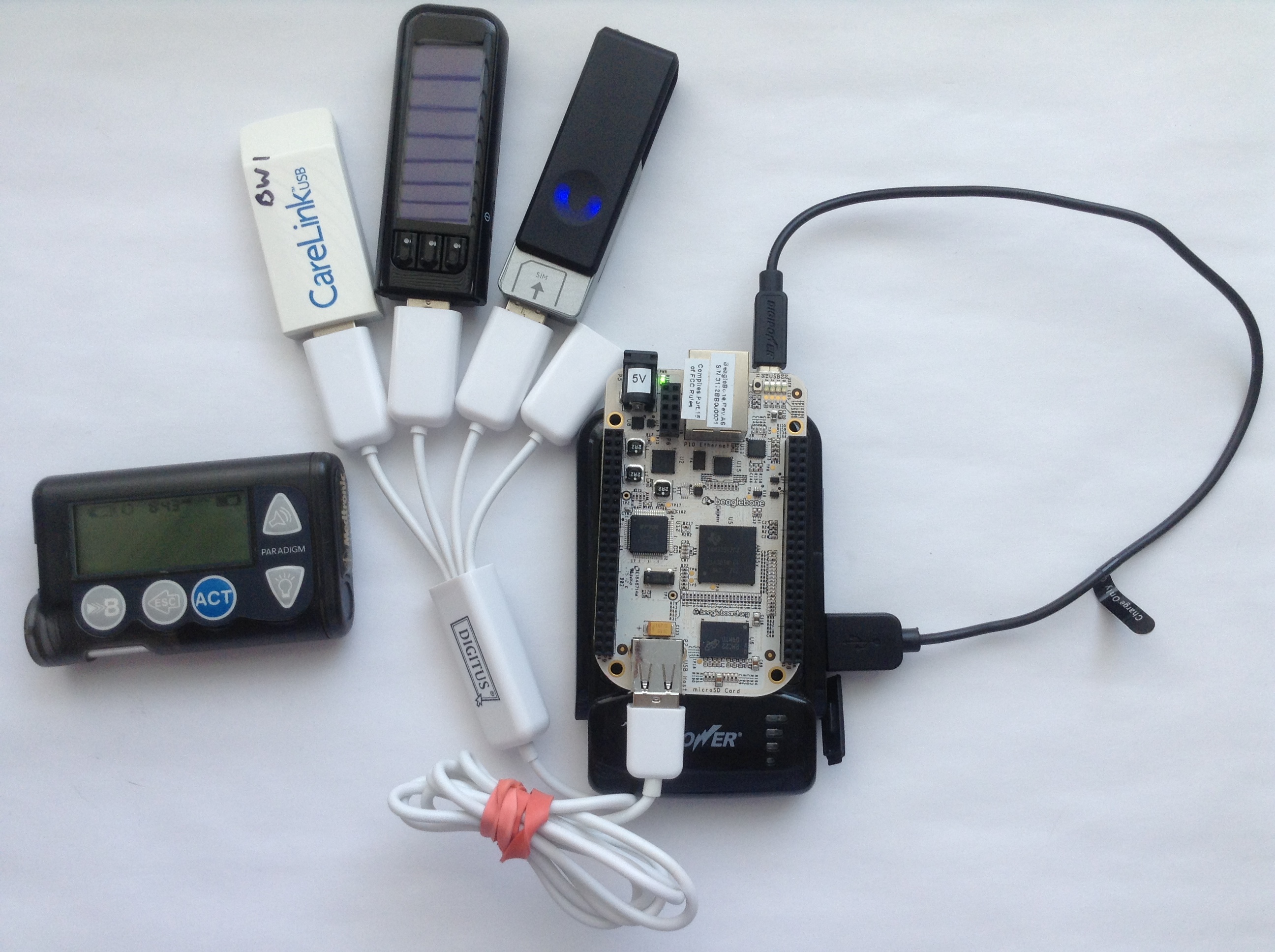 Decocare has had a lot of work go into it in order to discover how to inspect insulin pumps. 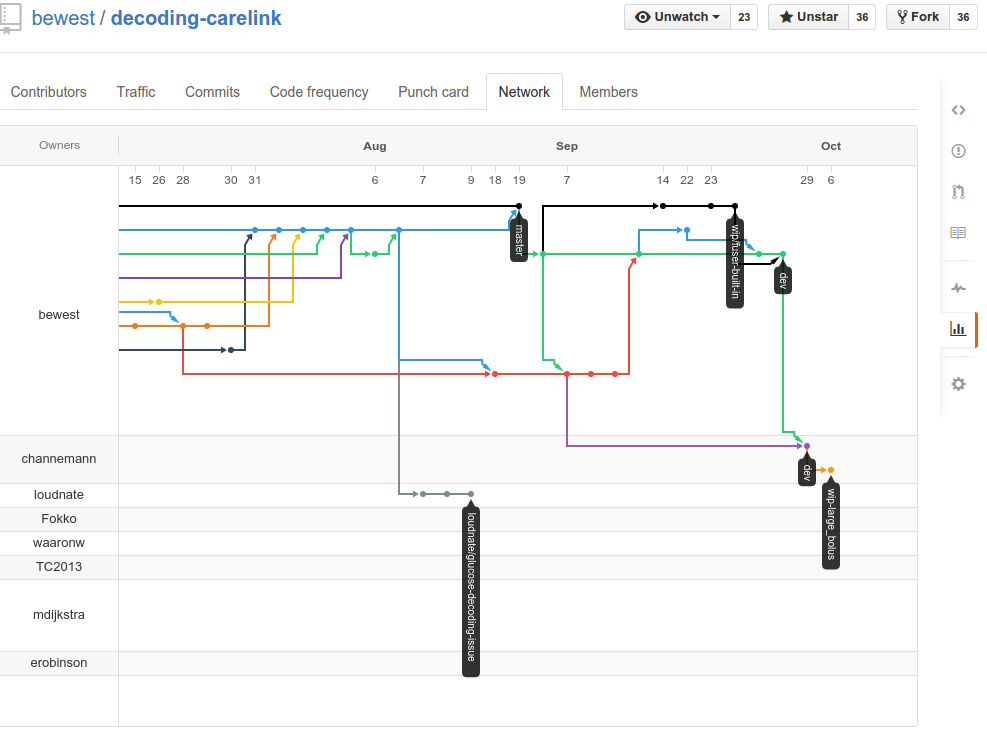 first figuring out how history/date-times work

Then I worked for Tidepool for awhile.

Then I worked on Nightscout. 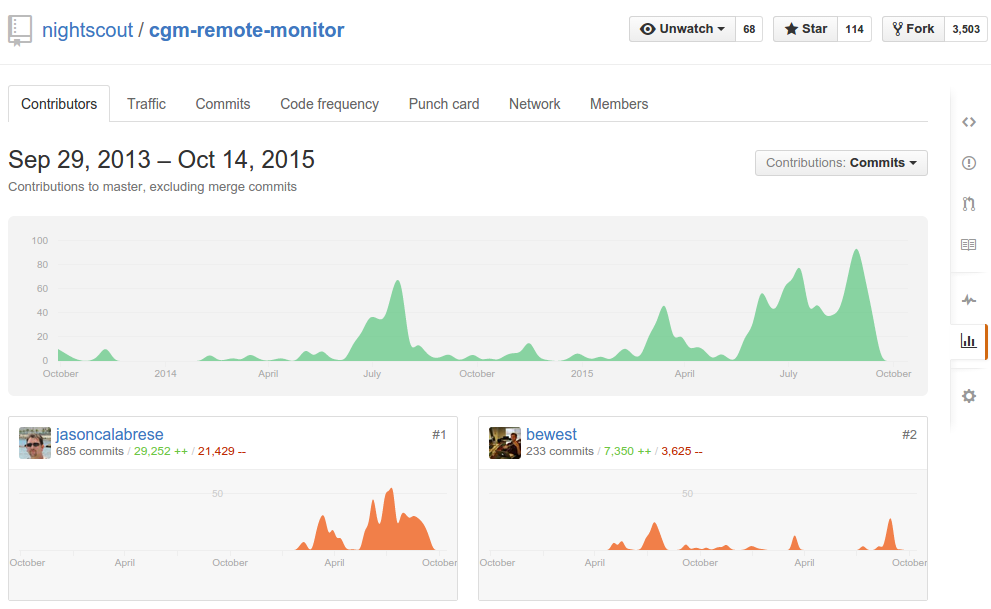 Then I met Dana and Scott. After a D-Data talk, we met up and discussed the possibility of creating a DIY artificial pancreas that could be shared and improved as a community. We created openaps as a result, I authored the toolkit while they worked over some of their techniques. 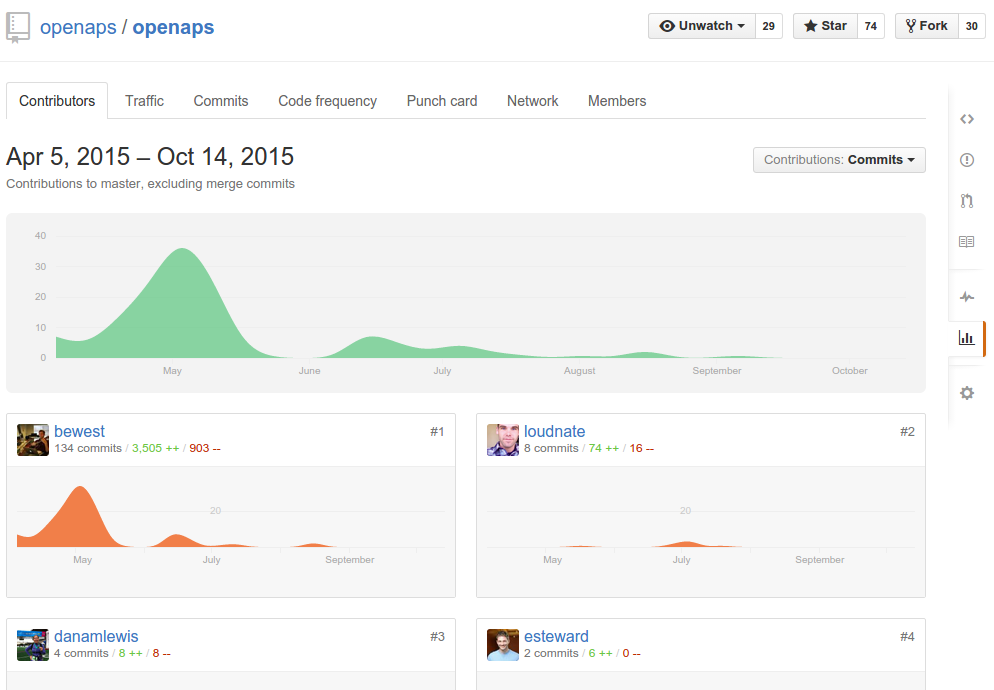