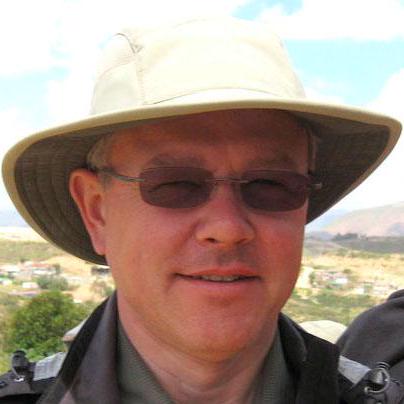 The gist demos scrambling (shuffling, un-sorting) of an arbitrary javascript array. The gist uses the NPM module array-unsort. The Git repo of the module is here.

The visualization shows the distribution of input and output array indexes after iterating 10k (default) times, using an array size of 8 (default). The modified Fisher-Yates method is chosen by default. Please note that a given no array element will be present at its original array index after shuffling. Change the any of the controls and hit the Go button to redo the iteration.

Various stats on the distribution

The Gist is a demo of of CSS selector combinators. See MDN for documentation: CSS Selectors

The Gist demos how to access the Github API to obtain metadata about a users public Repos and Gists.

In addition, it demos how to do this using only native DOM methods (as no external libraries are used). It does however use Bootstrap for some styling.

The Gist also demos how to combine the response header information with the response data payload in the fetch promise chain. The Github API implements rate control, where only certain number of API requests can be made within a certain timeframe (currently max 60 requests per hour). The parameters affecting the rate limit are provided in the response headers. To show the current rate limits, the header information needs to be available to the code that updates the UI, therefore the need to pass the headers down the fetch promise chain. At the end of the fetch call, both the parsed data and headers are provided to the caller.

How to Manage D3 Blocks with Git

There are several ways to create and manage D3 Blocks at bl.ocks.org. The easiest is probably to use Blockbuilder. One can also copy/paste code directly into the Gist ui at gist.github.com.

However, if you want to use git from from the command line to manage your Blocks (just like you manage your regular Github repos), follow these steps:

Demo of drag and drop using only native DOM methods.

Usage: Grab one of the randomly generated elements and drag it around the four droppable zones. When when the drag is complete, the item will be appended to the "destination" zone.

The demo shows simple uses of:

The Gist demos the following:

Demonstrates the D3 enter, update, and exit selections, and the use of a key function when mutating and binding data. An array of 20 items is repeatedly mutated as the user is clicking the buttons. For each step, the visualization shows the content of the three selections after data binding.

The effect of turning off the key function is clearly visible.

Also demonstrates simple use of D3 transitions and javascript generators

The visualization demonstrates the use of an embedded Canvas in an SVG element, and how to generate a correlated array of numbers.

An embedded canvas may make sense when a large number of data points needs to be generated (for example in a scatter plot), that otherwise would overwhelm the DOM.

The output of the generate method is an array of correlated pairs of numbers. Each of these array elements are rendered as a dot in the visualization, using the pair's first and second indexes as x and y coordinates.

The visualization demonstrates how to syncronize the state of two side-by-side Mapbox GL based maps. As the user interacts with one of the two maps, the state of the map (center position, zoom level, pitch and bearing) is dynamically copied to the second map (and vice versa). The code also demonstrates how to prevent call stack overflow due to recursive event handler triggering when the map state is updated.

The dataset is based on driver license suspensions from California DMV and East Bay Community Law Center. See prior visualization here

See the script in action at bl.ocks.org/boeric here, and fullscreen here

The visualization adds four items to the original example: