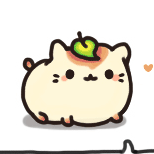 "For too long, the U.S. has turned a blind eye to the atrocities being committed against civilians in Yemen by the Saudi-U.S. coalition…[a] genocidal war that has killed tens of thousands of Yemeni civilians with bombs and mass starvation, creating the worst humanitarian crisis in the world…The time for crocodile tears and baseless platitudes is over. Enough is enough. The U.S must end its support for Saudi Arabia and stop waging interventionist wars [unauthorized by Congress] that increase destruction, death and suffering around the world…"

You wouldn’t be surprised if this was a speech given by Vladimir Putin or Bashar Assad. But this isn’t a quote from the Kremlin or Damascus. It part of a speech by a member of the U.S. Congress who’s joined the running to be selected as the Democratic Party’s presidential nominee: Tulsi Gabbard.