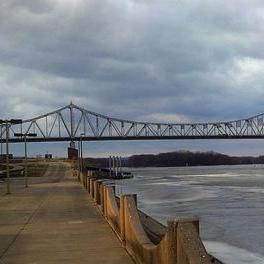 christopherphan / Senate_representation_by_impeachment_trial_vote.md
Last active
A breakdown of how many people are represented by senators voting for or against conviction in the Feb. 2021 presidential impeachment trial

Population represented in the U.S. Senate by by Feb. 2021 impeachment trial vote

In February 2021, the U.S. Senate acquitted a former president after an impeachment trial. To convict would have required 2/3 of senators (67 of the full Senate) to vote guilty; the final vote was 57 votes for guilty and 43 votes for not guilty. This chart illustrates how many U.S. residents are represented by senators who voted for and against impeachment.

Population figures are from 2019.

christopherphan / Senate_representation_by_party.md
Last active
A breakdown of how many people are represented by each party in the U.S. Senate

Population represented in the U.S. Senate by party

As of March 2021, there are 100 U.S. Senators (as there has been since the admission of Hawaii in 1959), 50 of whom are Democrats (or independents who caucus with the Democrats), and 50 of whom are Republicans. (Democratic Vice-president Kamala Harris can cast a tie-breaking vote, which gives control of the chamber to the Democrats.) However, the states represented by Democrats are altogether larger in population than those represented by Republicans. This graphic illustrates how.

Population figures are from 2019.

christopherphan / ISD_861_school_board_districts_map.ipynb
Last active
Create a map of the districts of members of the ISD 861 (Winona Area Public Schools) school board from MN Geospatial Commons shapefiles
Sorry, something went wrong. Reload?
Sorry, we cannot display this file.
Sorry, this file is invalid so it cannot be displayed.

christopherphan / Color_cartogram_of_MN_House_Districts.ipynb
Created
Sorry, something went wrong. Reload?
Sorry, we cannot display this file.
Sorry, this file is invalid so it cannot be displayed.

ISD 861 school board districts by precinct

This document was compiled by looking at "Results by Precinct" from election results.