Look at the following image... 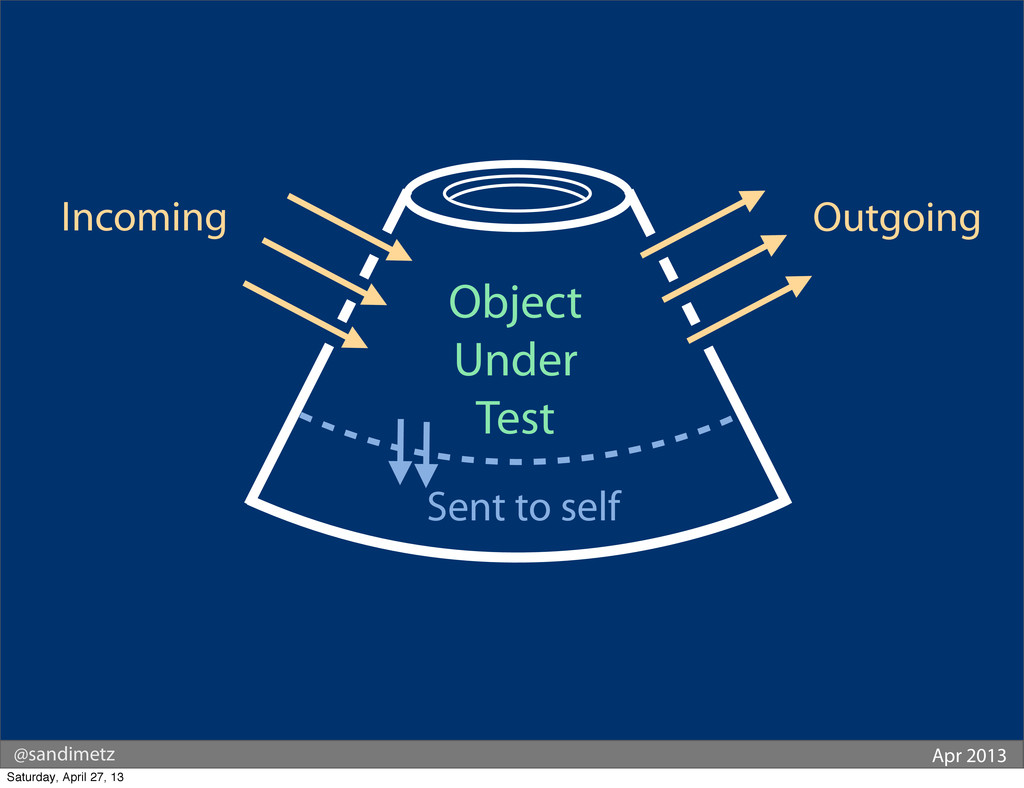 ...it shows an object being tested.

You can't see inside the object. All you can do is send it messages. This is an important point to make because we should be "testing the interface, and NOT the implementation" - doing so will allow us to change the implementation without causing our tests to break.

Messages can go 'into' an object and can be sent 'out' from an object (as you can see from the image above, there are messages going in as well as messages going out). That's fine, that's how objects communicate.

Now there are two types of messages: 'query' and 'command'...

Queries are messages that "return something" and "change nothing".

In programming terms they are "getters" and not "setters".

Commands are messages that "return nothing" and "change something".

In programming terms they are "setters" and not "getters".

What NOT to test?

Note: there is no point in testing outgoing messages because they should be tested as incoming messages on another object

Contract tests exist to ensure a specific 'role' (or 'interface' by another - stricter - name) actually presents an API that we expect.

These types of tests can be useful to ensure third party APIs do (or don't) cause our code to break when we update the version of the software.

Note: if the libraries we use follow Semantic Versioning then this should only happen when we do a major version upgrade. But it's still good to have contract/role/interface tests in place to catch any problems.

The following is a modified example (written in Ruby) borrowed from the book "Practical Object-Oriented Design in Ruby":