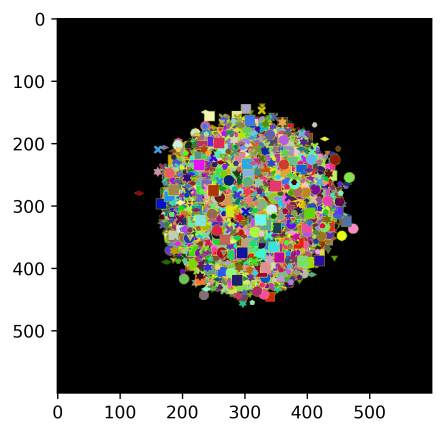 The image bellow show an example that I made and is available at https://github.com/fury-gl/helios/blob/main/docs/examples/viz_mde.py

I’ve made several stuffs to give Helios a better visual aspects. One of them was to give a smooth real-time network layout animations. Because the layout computations happens into a different process that the process responsible to render the network was necessary to record the positions and communicate the state of layout between both process.

Bellow, you can see how after those modifications the visual aspect is better.

Below is presented the Helios Logo which was developed by my mentor Filipi Nascimento.