##Step 1 - cheap power chord Cut it in half. This example deals with a power chord which does NOT have the ground pin.

##Step 2 - connect with Arduino wires Strip off a bit of the insulating cable (.83 inches exactly), twist the wires together, and wrap it around a wire from the Arduino kit. Like so: 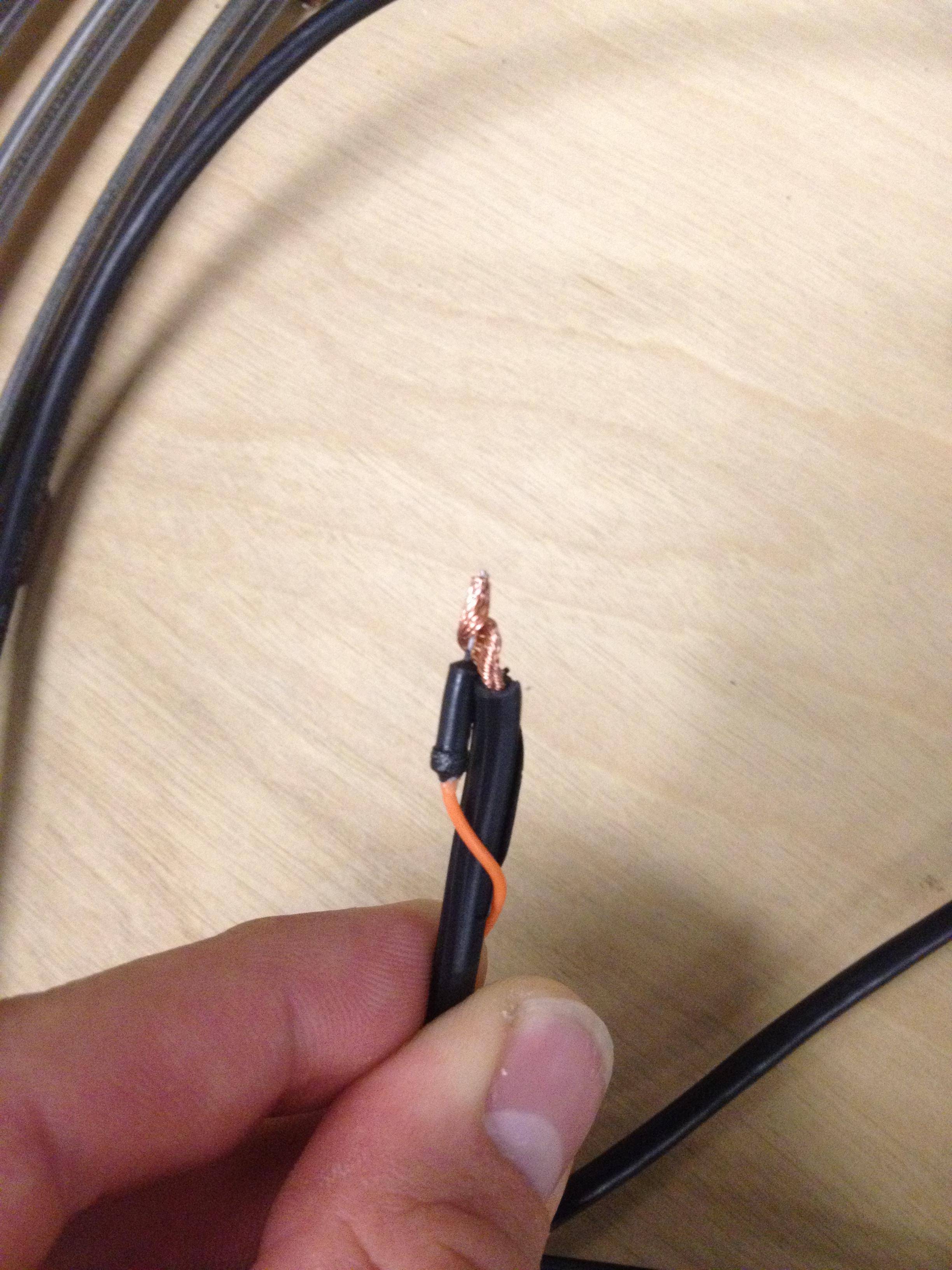 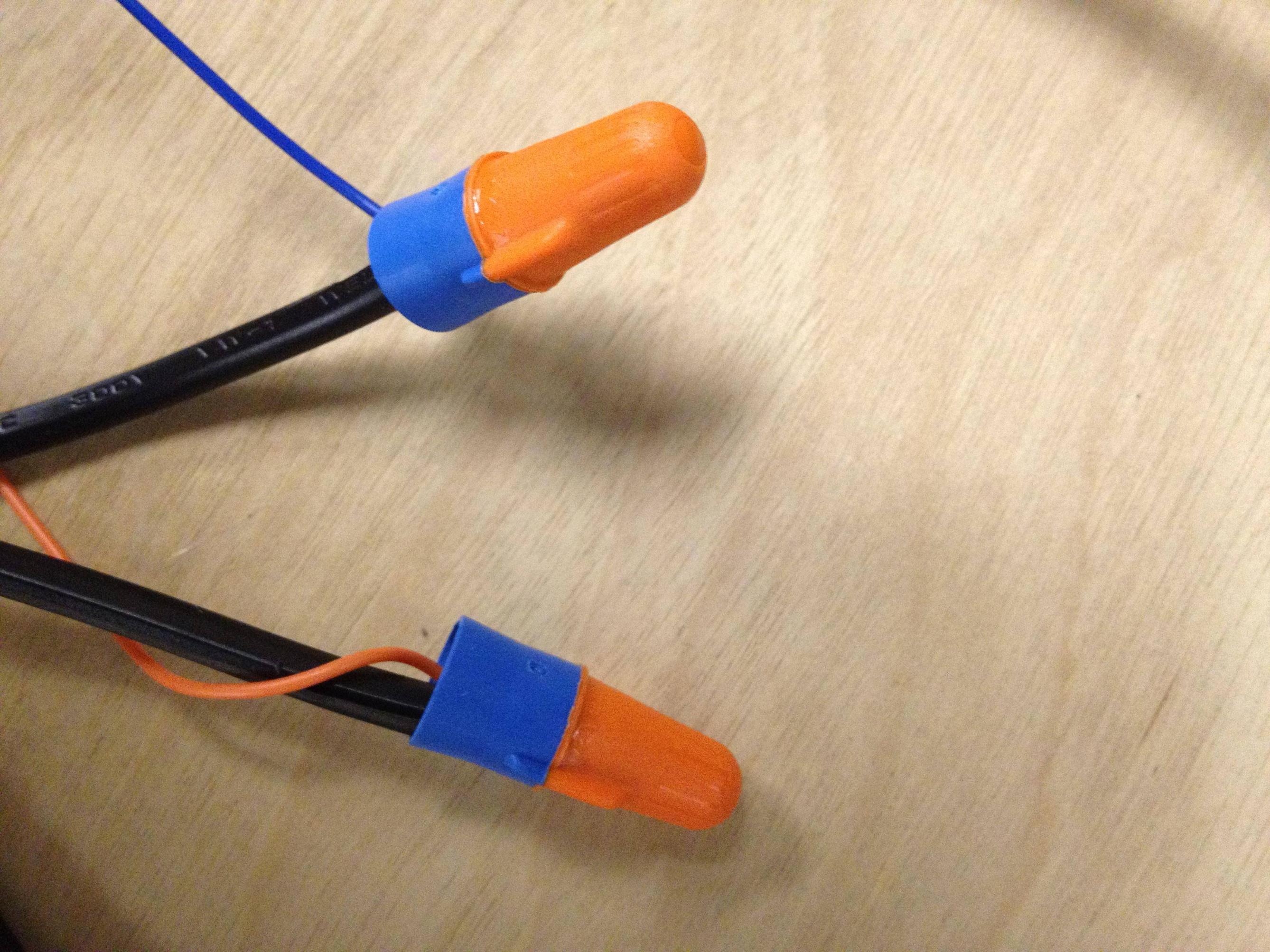 ##Step 3 - hook up to breadboard The setup is very similar to Circuit #13 in the SIK Guide that came with your Arduino UNO kit. Instead of the resistor in 14b, hook in one of the lines from the plug side of the power chord. And instead of LED in 19c, hook in one of the lines from the other side of the chord. With the remaining lines you connected to the power chord, plug them into their own row (30 in the diagram) to complete the circuit. Note - you could also just have spliced these together... 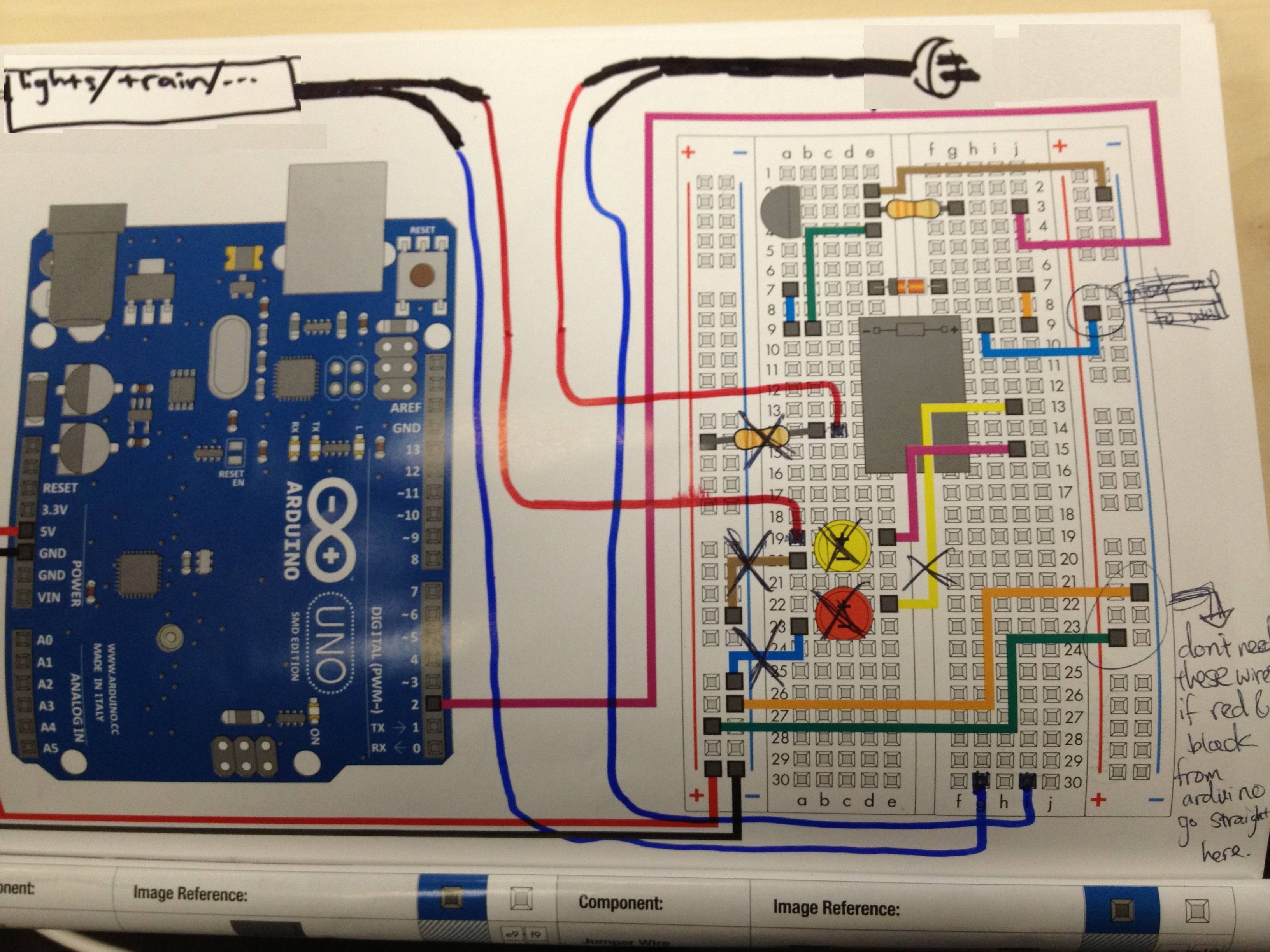 And here is the finished product in real life: 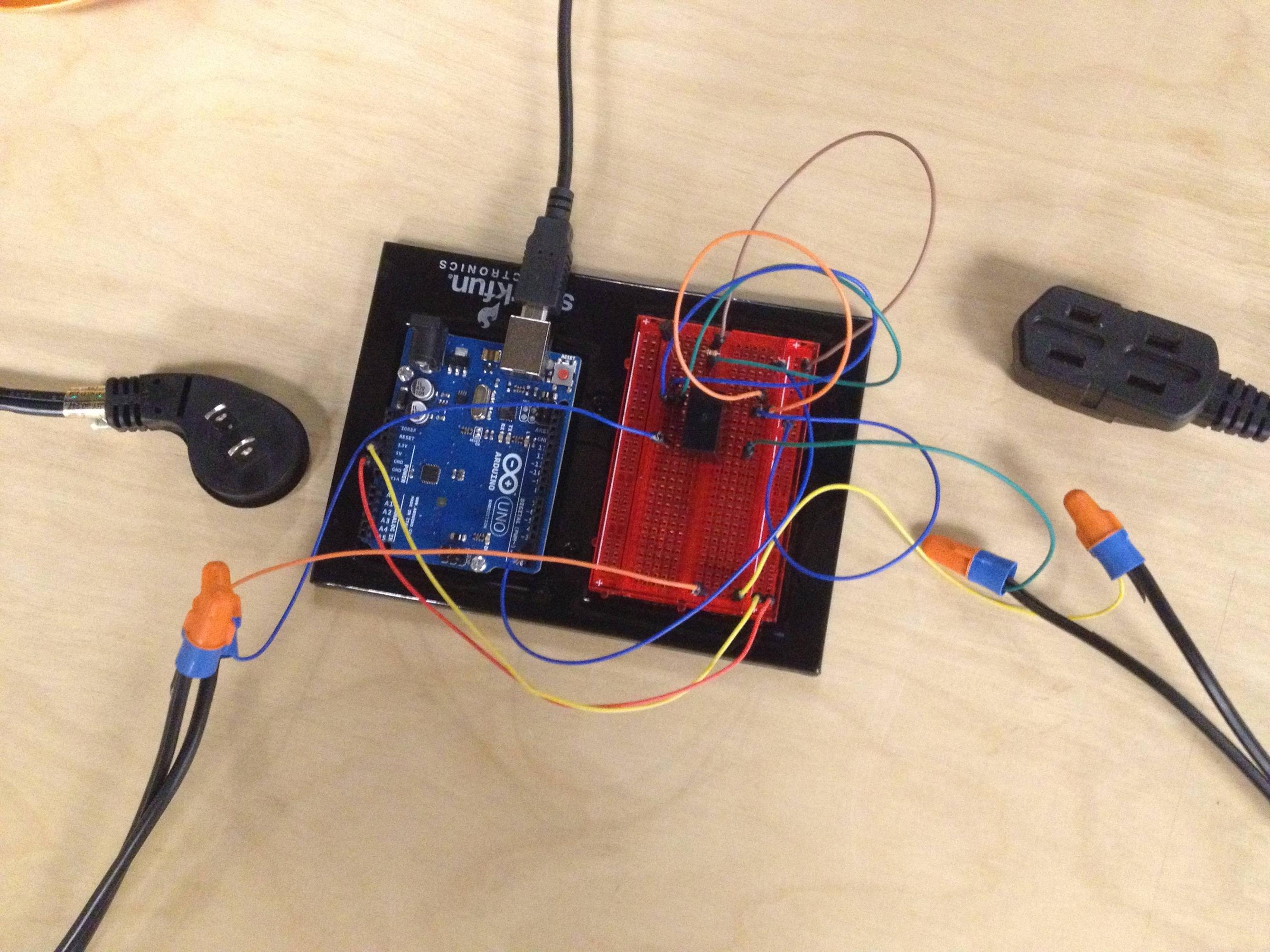 This doesn't match the breadboard diagram above exactly, I removed some un-needed wires to keep things simpler looking.

In this way it's almost easy to see how the relay works. All that crap on the top of the breadboard controls the relay, the computer will send 5 volts to it which will close the circuit we've constructed. When the relay is closed, power can flow from our plug end of the power chord, into 14c, through the closed relay, out 15i and over to whatever we're powering!