As is outlined in this LiveOverflow video, trusting information is hard.

Note that I disagree with some of the key talking points in the video, as you will see later on in this guide.

My credentials, as of time of writing:

Systems supported in this guide.

I'm setting up a new server

This section is for those who are setting up a new system and want to do some basic hardening on it to prevent most common types of attacks.

A good terminal emulator is worth its weight in gold.

If you're connecting to your server on a Linux OS, you already have the ssh command and, honestly, that's all you really need.

MobaXterm is an excellent terminal emulator. It gives nice baked-in features like CPU/memory/disk usage, a file browser, multi-execution mdes, ssh and X11 forwarding, and much more. Even better, it's free! 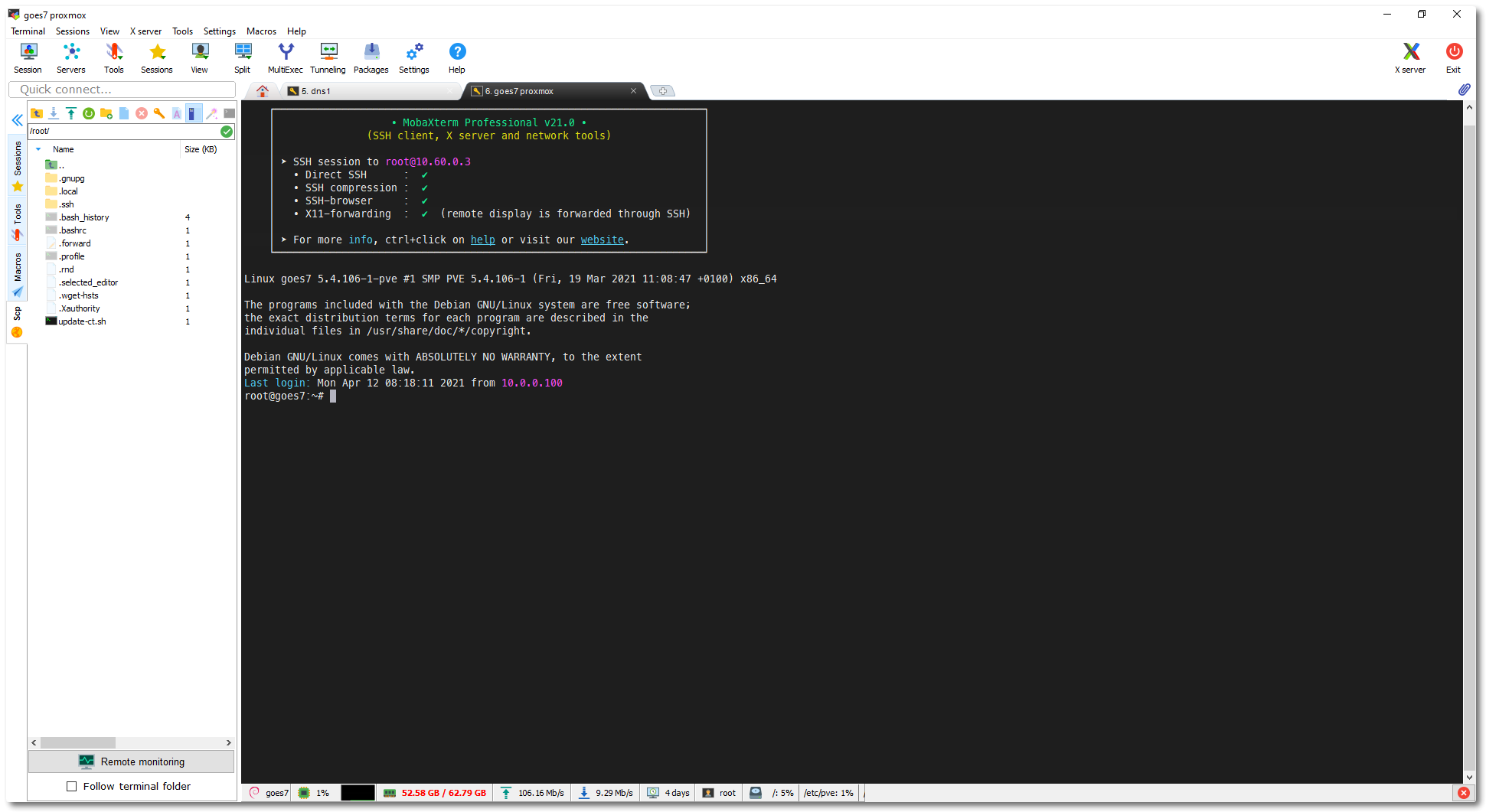 Many people love ZSH, Fish, etc as their preferred shell on their systems. I love it, as well. It's a great little environment with tons of baked-in features and toys. Oh-my-zsh is my favorite thing to use on my laptop.

That said, you will encounter Bash most often when doing anything sysadmin-related in the real world. It's very rare that you will use anything other than Shell or Bash on a production system. It's best to be used to working in Bash.

Let's run some updates on this new box to make sure we've got the latest and greatest before setting anything else up. 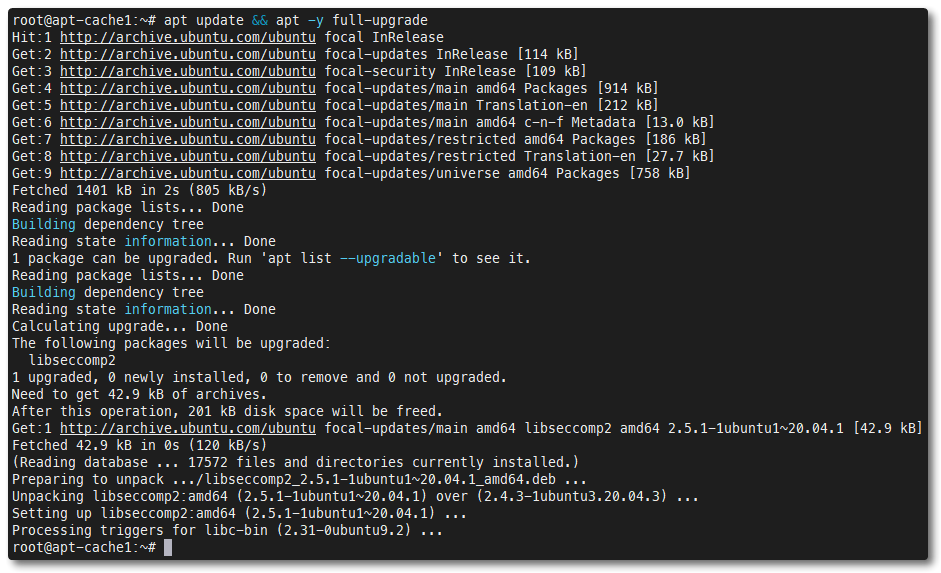 Now we set up a proper firewall.

Now it's time to put this server into a DMZ. We'll set up UFW to disallow all inbound and outbound connections unless we specifically allow it.

Now, open any ports that you need.

eg. if you want a web server on your box:

Please, please use Apparmor and SELinux.

There are very few reasons to be logged in as root. If you are, then it's time to set up an admin account with sudo access.

You should always be using SSH keys. There's no excuse for allowing password logins.

There are various points around "if you use a strong password, then.." - but I'll stop it here. There's no point in creating, keeping, and using a strong password, when the average SSH key is about 15 times the length of a decent password and gets used automatically.

Our monkey brains are terrible with passwords, and password managers are painful to use with SSH clients. Do yourself a favor and make good security easy on yourself. Security fatigue is a real thing, and there's no need to get bogged down in yet-more-passwords-to-remember.

Fail2ban is completely useless if you're using SSH keys (which you absolutely should be) and moving your SSH port from the default 22 to 2222 or some other random port is more trouble than it's worth. Security by obscurity is no security at all.

The best way to "hide" your SSH port from the world - the way the professionals do it - is by putting your server on a network that only VPN access to it.

The idea, here, is that you expose your SSH port to only this VPN network. In order to even access the SSH port, you need to VPN into this network. The VPN would be exposed to the world, but it's an extra (very high-security) layer on top of your SSH requiring keys to log in (you do have SSH keys required, don't you?)

While unattended/automatic updates may or may not be desirable, ensuring your system is kept up-to-date at least every once in a while is good practice.

I NEED TO LOCK IT DOWN YESTERDAY

This section is for those who have already found themselves in a bad situation. Maybe your server is sending spam e-mails, or maybe your data is being exfiltrated.

First, be calm. If you can't think clearly then you can't admin clearly. You need a clear head for this, or you're likely to make mistakes and lock yourself out or lock an adversary in with you.

Quick aside: is this short guide actually any good?

The short answer is "generally, yes".

There's explanations for the things outlined here in the guide above. Right now, your system is under attack. Do now, question later.

This is a guide to getting back up and running quickly. Performing any of these steps will make forensics impossible. If you need to send information to the FBI, etc then at the very least take disk snapshots first.

We need to list (and kick) any currently logged-in users that shouldn't be logged in. If you perform hardening and another admin is logged in they can simply undo your changes.

Now, to compare, a list of all the logins, reboots, etc on the box. 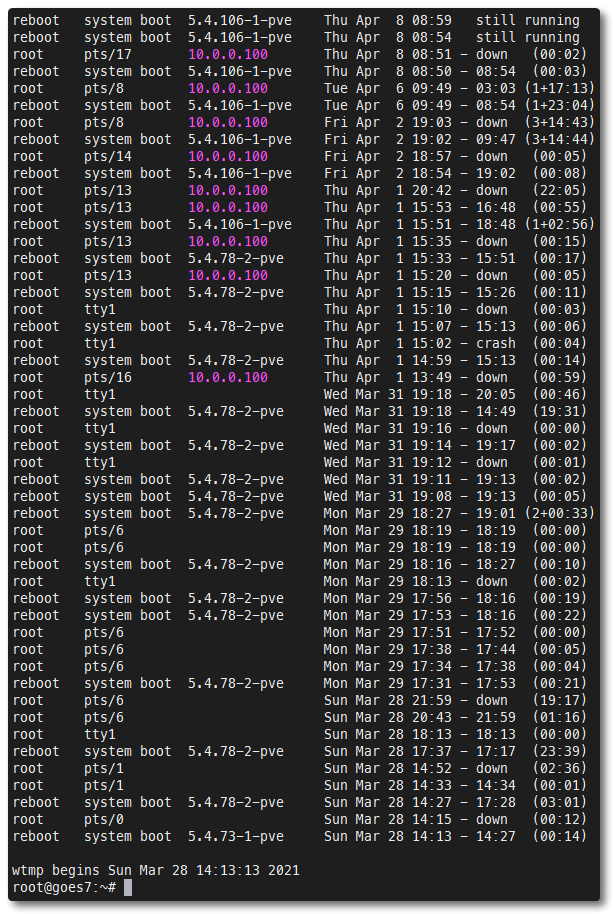 This gives us a snapshot to quickly see who logged in from where and maybe a hint at what they might have done. We can check other logs later, but for now we're in emergency mode.

Time to kick and lock any users that shouldn't be logged into the system. If there's any accounts you're not sure about, lock them out anyway. You can always undo your own damage later. Assume all accounts that are not you are admins with malicious intent, even if you know who they are.

Files with setuid allow any user to execute that file as root. While this is neccesary for some files, with others it can be extremely dangerous. It's worth checking ones that look suspicious before continuing. 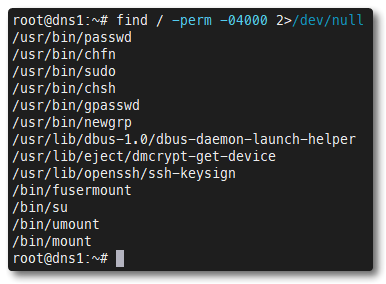 Ports that are open are ports that people can use to access various parts of your server. It would be wise to check them and see if anything is open that shouldn't be.

If you get the error: netstat: command not found then install net-tools.

Check the root crontab, user crontabs, and the cron directories for anything suspicious. This is one of the many ways persistant access can be attained. 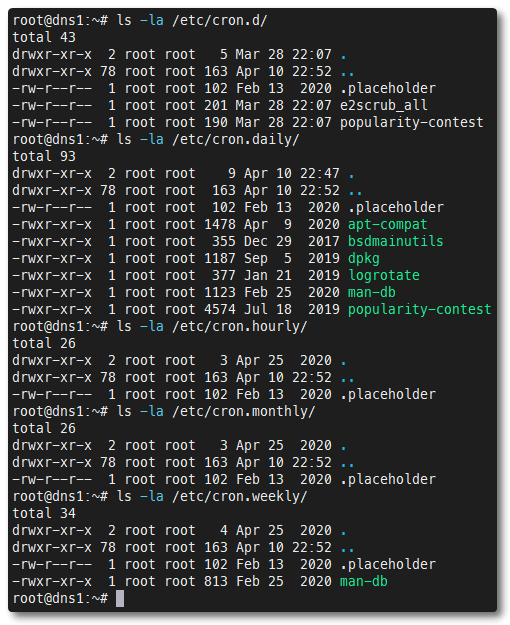 Get a list of all services, running or not. 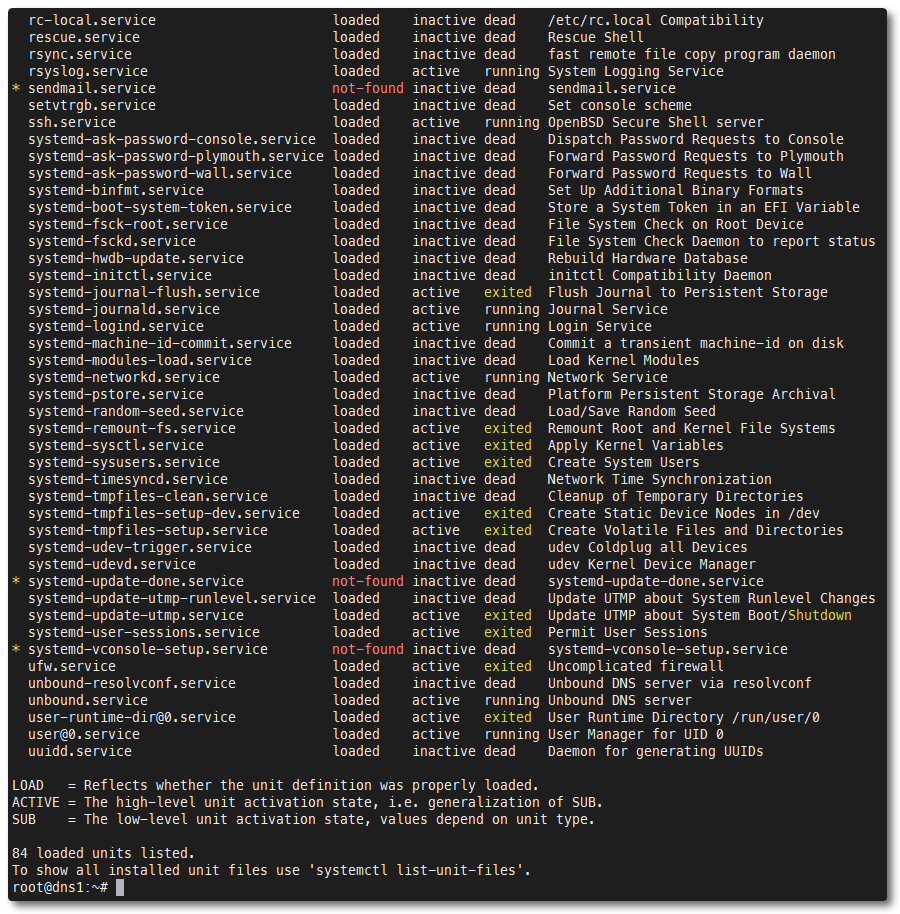 Time to lock down your firewall. This is important to prevent anything from going out or coming in without your explicit consent.

Please note that we are about to reset your firewall, and any rules you currently have will be erased.

Check which firewall you have. 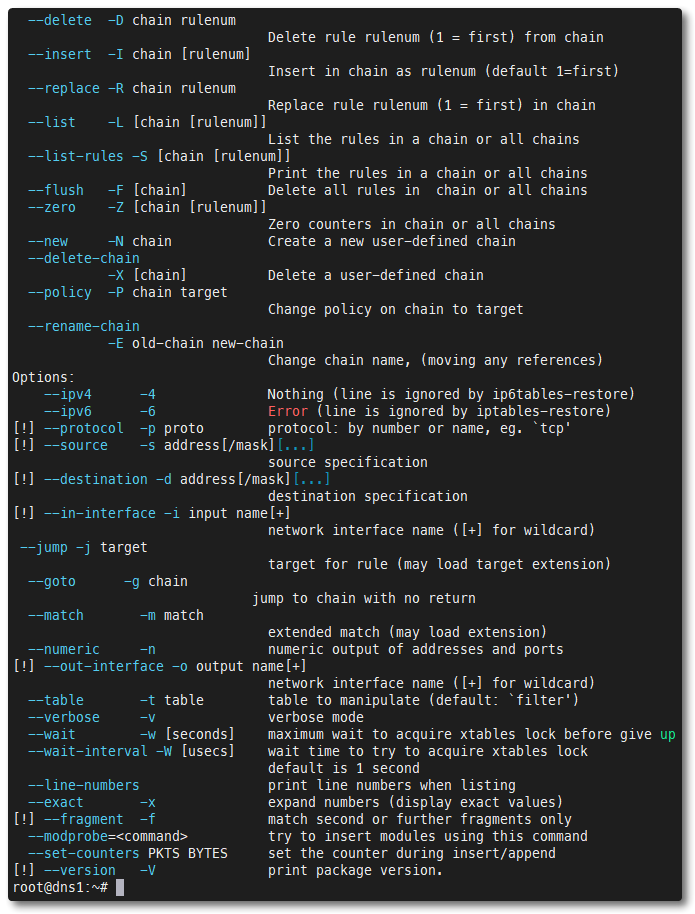 Open ports that you need.

eg. for allowing SSH access to your box (can be very important).

Now that everything is locked down, it's time to check the logs.

Who did what, and when? 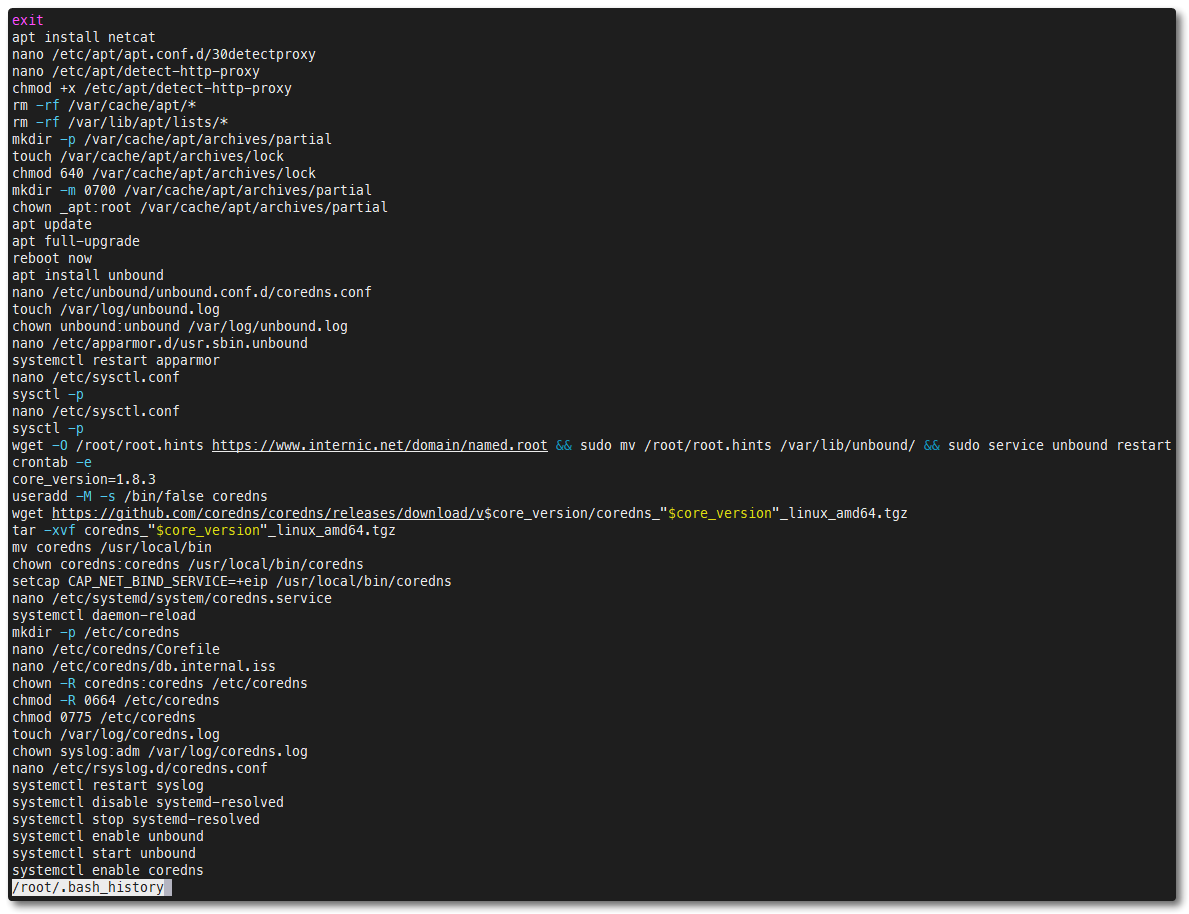 Finally, go back to the top of this page and follow the guide to setting up a new system to properly harden this box so this doesn't happen again.