After having messed with an unbranded wifi lightbulb I thought I would have a look at a smart socket with energy monitoring. This particular model didn't have an entry on the Tasmota device templates repository nor was it listed as not compatible so I thought I would take a chance on it being ESP8266 based, the screws in the case also suggested it could be opened without damage incase it required serial flashing or a multimeter to work out how the energy monitoring chip was connected which is very helpful and saves destroying a plug for science.

The plug is Tuya based and can be flashed with Tuya-Convert for now, the pinout and device template for this power monitoring plug: 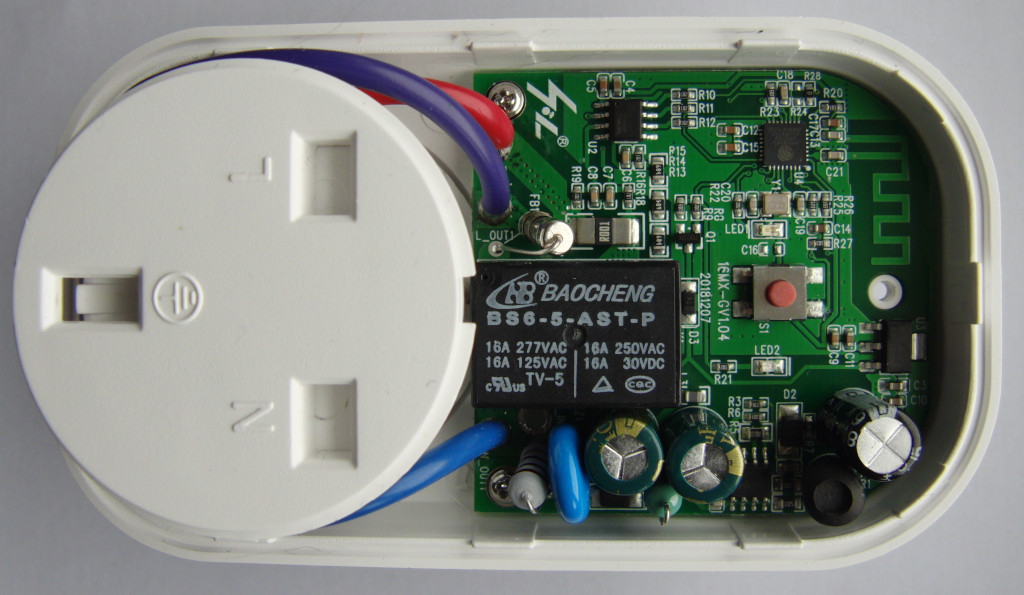 As soon as the Plugs arrived I opened one up to have a peek inside and see if the plug was a candidate to convert to Tasmota. Removing 3 screws and the cover revealed an ESP8285 chip, A Shanghai Belling BL0937 energy meter chip and a power supply consisting of a Silergy SY50282 Buck converter and an AMS1117 regulator 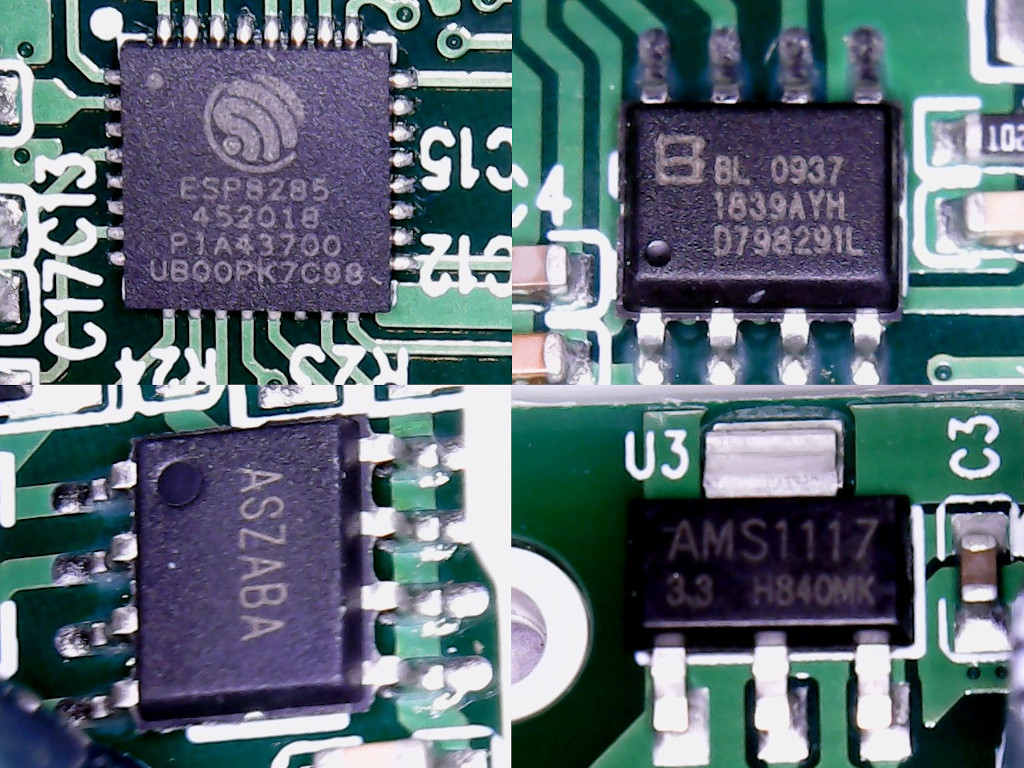 Looking at the back of the PCB reveals test points for 5v, GND, Tx, Rx, RST and GPIO0 so it should be possible to flash this using a serial interface in the event of a problem or Tuya stopping Tuya-Convert from working. 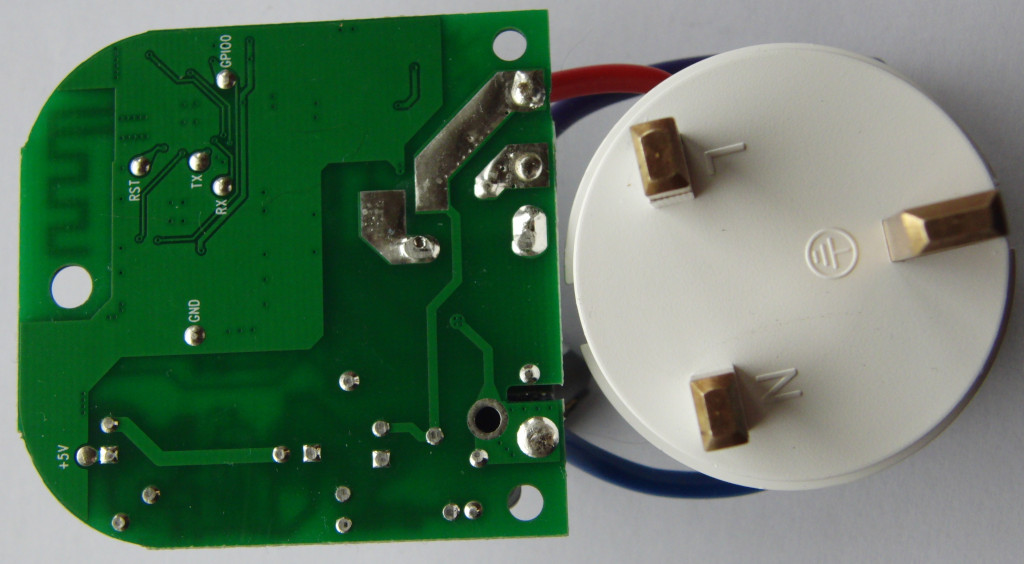 There were already 2 ENER-J devices listed on the tasmota device templates repository and both of those were listed as Tuya based which suggested that all the ENER-J wifi devices would be based on that platform. So it should be possible to reflash it using a great bit of software called tuya-convert on a raspberry-pi 3 or other linux machine with wifi, this may not be true in the future however as Tuya have updated their firmware to stop you doing this I was lucky and the firmware was an older type that could be converted, the conversion process was:

This isnt really meant to be a how to, more a description of what I did so its possible I missed a step or didnt describe it well so for more information see the tuya-convert and Tasmota documentation for authoritative information on flashing and using Tasmota.

Woah there where did that template come from 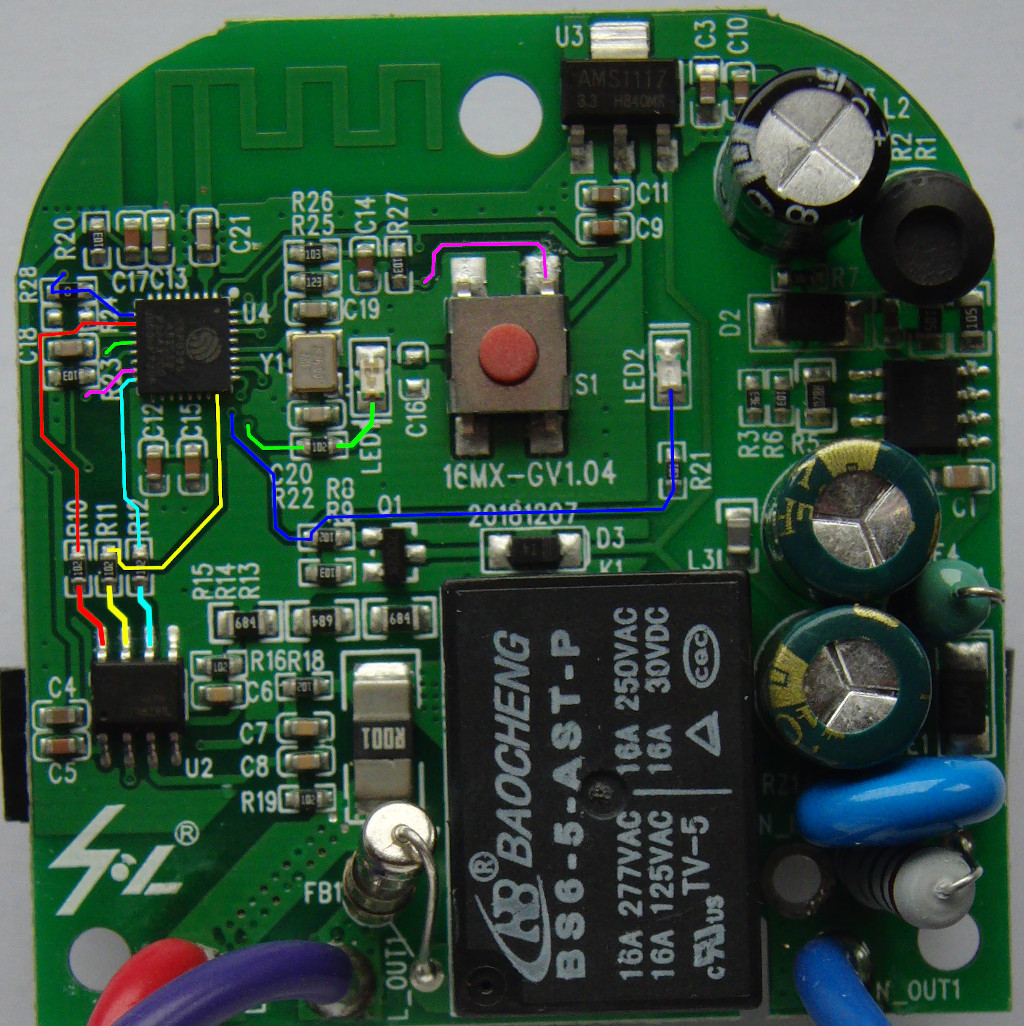 Since this plug can be easily opened without damage I used a multimeter to trace out the connections, annoyingly all the gpio's seem to have 1K current limiting resistors in series so you cant just use continuity check from the power meter chip to the ESP8285, you have to meter from pin to resistor then from the other side of the resistor to the ESP, some time spent squinting at the board and testing continuity gave the connections as:

Initally I set GPIO12 as HLWBL SEL but that produced nonsense readings with a voltage of 0V when the plug was switched on as it was reading current as voltage, using the inverted output fixed this. This resulted in a device template of: