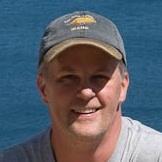 Git — Beyond the Basics

So, now that we've all moved beyond the question of "Do I need to use a version control system?" and with the luster wearing off the Great Git Migration and the rise of projects being run on enterprise systems like Github, what's next?

I know that when I was learning git, there was a period of time when I felt "Okay, that wasn't too bad. I think I get this git thing". Then I had to manually deal with a nasty merge conflict, try to find one commit we did months ago in a dead branch, undo the commit a secure token to our repo, and on and on…

Git is phenomenal in its power to help both individuals and teams, but there's more to it than clone, pull, and push. The next "level" of commands often seem a bit more mysterious. I've heard many people say, "Well, just use 'rebase', or 'revert' or one of those, I can never remember which. Let's Google something and see if we get an answer!" (Okay, well, that was me n