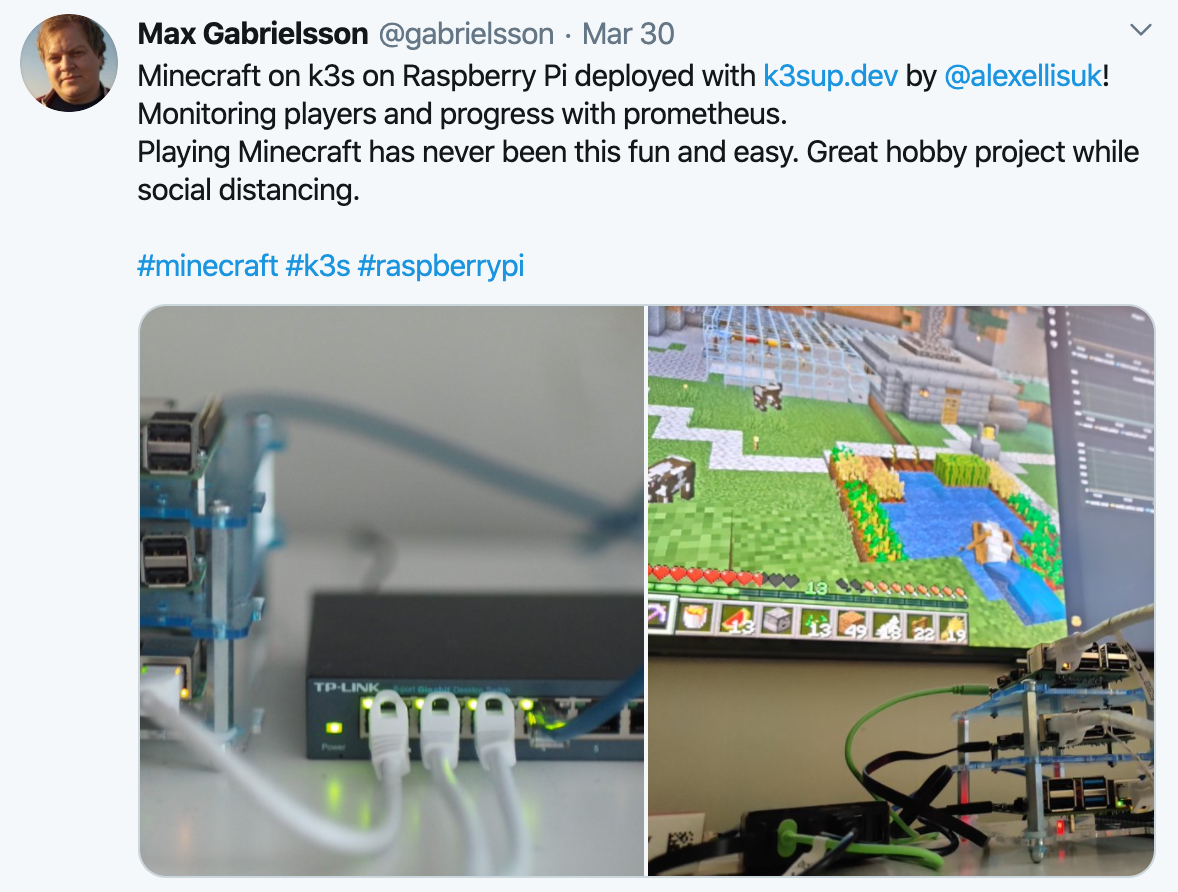 Ever wanted to put your Rapsberry Pi cluster to great use? Our team is working remotely, so we started to play Minecraft. I decided I would host the Minecraft server on my Raspberry Pi cluster. This gist will guide you through the steps I took to get a k3s cluster up with k3sup and later installed Minecraft as well as metrics exporter and Prometheus Operator

Quoniam Possumus - Because we can

Or visit https://k3sup.dev/ to setup your cluster.

Note, If you are using Raspberry Pi 4, consider using a 64 bit kernel to utilize more than 2 GB memory per process.

Taint and label the Minecraft node

And to make sure that the minecraft installation will select the node it tolerates you'll also need to label the node.

Minecraft Server comes in many flavours.

All of these settings are represented in the values file that will be used with the helm chart for Minecraft.

Create the values.yaml below to use with your helm installation.

Make sure Minecraft has started and is in Ready state

Lookup the IP address for your Minecraft Server.

Use the IP of the loadbalancer to start playing right away. Or continue with metrics.

Now we will install

To get metrics scraped we need to install a Bukkit plugin for just this.

The plugin we are going to install can be found here https://github.com/sladkoff/minecraft-prometheus-exporter

This step requires manual labour inside the minecraft containers.

Get the latest release from minecraft-prometheus-exporter, it is the .jar file that you want to use. Copy that into the Minecraft pod's mounted volume, where the plugins should go.

Next restart the pod by deleteing the pod, and it will restart again

We need to make one more change, make sure the exporter listens to all traffic. Exec into the pod and change the config.yml of the minecraft-prometheus-exporter, as described on the plugins README.md file.

Connect to your pod:

Edit the config file as per our needs set host to 0.0.0.0 instead of localhost

and exit the pod

This adds a port entry with containerPort: 9225 and name: metrics.

Install the Prometheus Operator. To do this an ARM (Raspberry Pi architecture) I used https://github.com/uocxp/prometheus-operator-chart-arm.

Prometheus is using ServiceMonitors to scrape endpoints. We need to create a ServiceMonitor that let us scrape a port that we now produce metrics on.

Now you are ready to open up Grafana and install the two dashboards that can be found on the minecraft-prometheus-exporter repository.

Open a browser to http://localhost:3000 and login with the default username and password for prometheus-operator admin prom-operator

Hit the + and paste the Server and the Player dashboards. 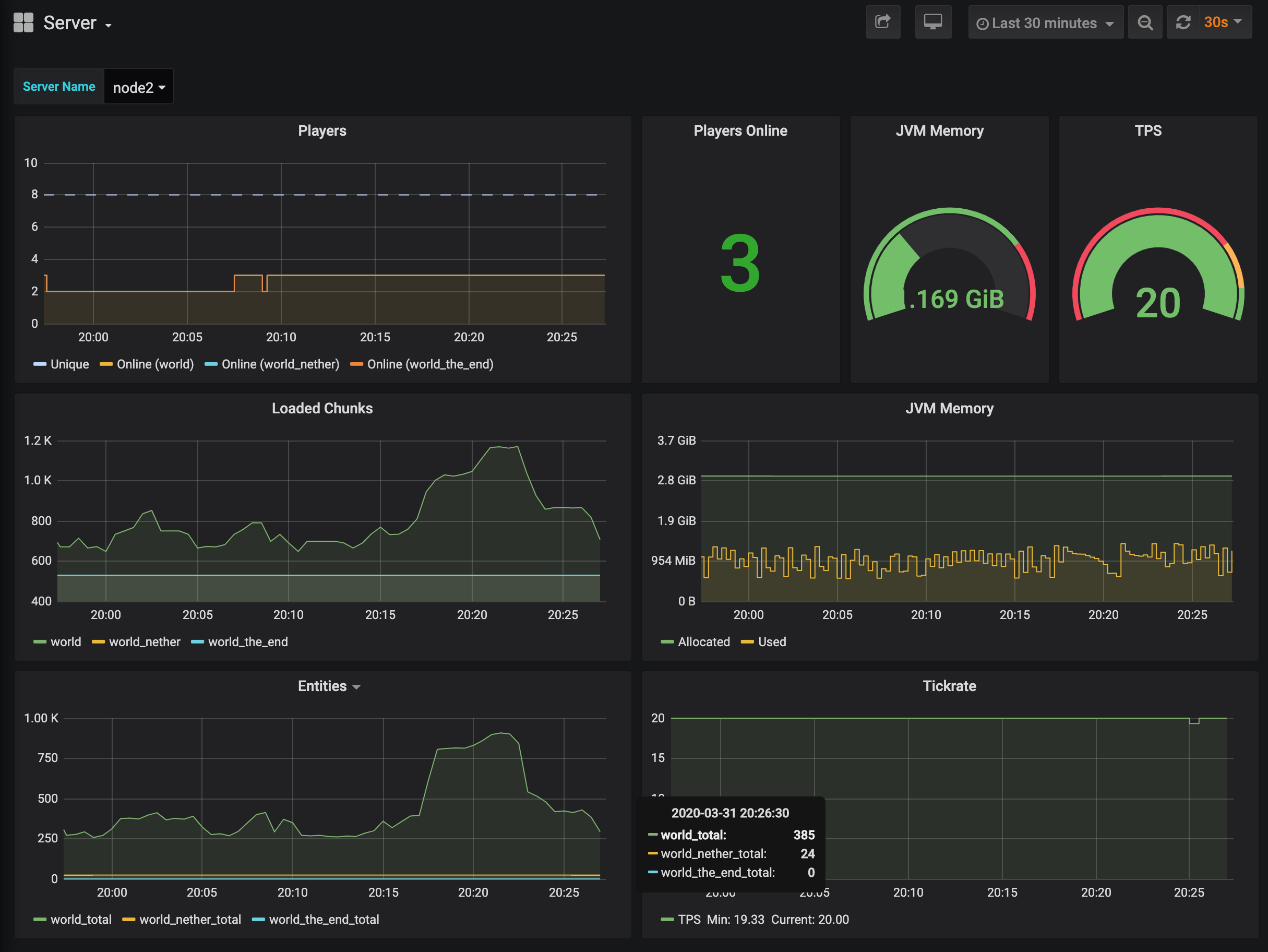