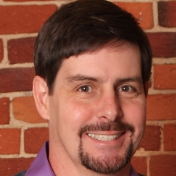 How much code would I have to write to make MetaMask use Tornado so I can get easy-to-use, private ETH transactions?

Brain dump on "Thresher", inspired by playing with tornado.cash on ethereum (see http://gavinandresen.ninja/a-more-private-eth-wallet ). "Thresher" because it accumulates deposits until some minimum threshold is reached, then pays out.

The problem: tornado.cash deposits and withdrawals are fixed-size, with a minimum size (0.1 ETH in the case of ether). Anybody that uses tornado properly will accumulate less-than-minimum amounts of ETH in different addresses and be unable to spend them without compromising privacy.

Note: I'll be talking only about ETH for the rest of this gist, but the idea obviously applies to any of the tokens supported by tornado.cash.

It would be spiffy to use the balanced merkle forest idea for ethereum tokens or to store unspent transaction outputs.

Tadge Dryja has been working on 'utreexo' (presentation) for storing unspent transaction outputs in log(n) space; this gist is inspired by, and is very similar to, that work.

So my previous gist describes really simple algorithms for adding and removing items from a balanced merkle forest. This gist extends those operations to create

I want a cryptographic accumulator[^accumulator] that has the following properties:

The idea is to shift the storage of full transaction data to wallets, and explore how little data a fully validating node could store. This isn't a problem today (the UTXO set easily fits in the RAM of an inexpensive server-class machine), but might eventually be at very large transaction volumes.

This is a scheme for discovering the current "unspent transaction output set"; it could be used to bootstrap a node that stores the UTXO set using a Cuckoo Filter.

It has the following nice properties:

However, it does require downloading every single block.

A "Cuckoo Filter" is a nifty data structure invented a few years ago; read the paper for details.

Like a Bloom filter, you insert items and then can later ask "does this item exist in the filter?" You'll get either a definite "no" or "yes, probably" with some false-positive error rate. Cuckoo filters have two advantages over Bloom filters:

It seems to me that an in-memory cuckoo filter could work really well to keep track of Bitcoin's "unspent transaction output set" (UTXO set), to make transaction (or block) validation as fast as possible using minimal memory or disk.

Recall that Bitcoin transactions (other than coinbase transactions that create new coins) have inputs that refer to unspent outputs. An input refers to a previous output by giving the transaction id (a 32-byte hash) co

The standard library of every programming language has at least one pseudo-random number generator. C has rand(), Javascript has math.Random()... and if you're writing code that needs good randomness you shouldn't use those.

There could be a series of github projects that generate bad random datastreams using those old, deprecated generators and "typical" starting seeds (e.g. 0, current Unix time, small integers that might be process ids) and feeds the results in to the rest.randomsanity.org database.

That only does some good if programmers start inserting checks to randomsanity.org into their C or Javascript applications... and if they don't know enough to use RAND_bytes() or crypto.RandomBytes()

This should be a very rare occurrence-- miners are incentivized to fix bugs that cause them to produce invalid blocks. So transmitting the full block data once or twice a year shouldn't be an issue... but perhaps it will be an issue if partial validation ever becomes necessary to scale.

First, I assume the 80-byte block header is valid: its hash satisifes proof-of-work.

Proving that the block reward in the coinbase transaction is <= sum(fees)+subsidy requires the full block data (although once segwit is deployed, signatures in the witness data aren't needed).

Proving the block is over size or sigop or sighash limits requires all of the transaction data up to the first transaction that puts the block over the limit (and proof that those transactions are in the block, so a partial merkle tre