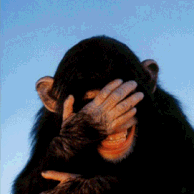 With Istanbul rules, EIP-2200: https://eips.ethereum.org/EIPS/eip-2200#test-cases, the following gas usages apply for the various scenarions below:

holiman / selfdestruct-2929.json
Created
This is a statetest which focuses on the behaviour of selfdestruct. Passes on Geth, OE and Besu

Part one: Caching in consensus

The magic of caching

It's sometimes said, within software engineering, that there are no 'golden bullets' -- magical stuff that automatically fixes all of your problems. But actually, there is something that is pretty close to a golden bullet in many scenarios. After everything has been stretched to the limit, but the software still falls short of the demands being put on it, there's one thing that engineers will reach for: The Cache.

A cache layer can scale something orders of magnitude, it can and should be used wherever appropriate. When we can put in a caching layer, we suddenly have a shelve where we can put "stuff" that might be useful later. It's great.

Caching, and perhaps more specifically cache invalidation, is generally considered as a difficult problem, and it can of course be tuned and experimented with at length, before it's fully matured. Do we want least-recently-used eviction? Least-frequently-used? Do we want strict eviction guarantees, or is fuzz

holiman / dbreads.md
Last active
This is taken during a fast-sync, in the phase where we download state/headers/bodes/receipts simultaneously. All lines that are leveldb-internal have been removed, thus the top item is empty -- that's the internal leveldb compaction routine. The second item is the init, which reads a lot on startup but does not grow over time.

These blocks have been mined on the old mainnet chain, presumably having failed to update the miner software for the Constantinople fork - a waste of money...